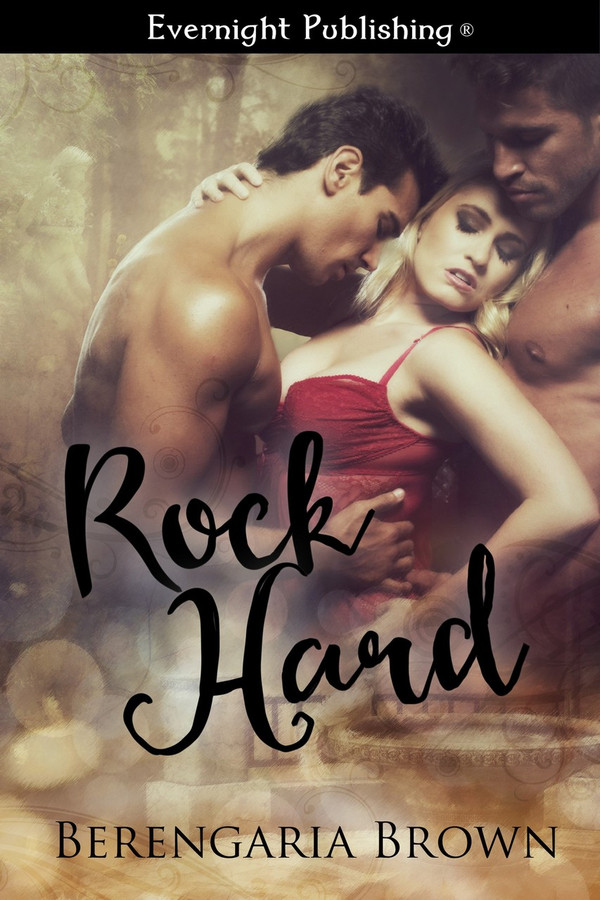 A series of naked, well-endowed statues in the Botanical Gardens encourage lovers Fleur, Ricky, and Heath to indulge in some hot, naughty public sex. But is there more to these statues than rock-hard abs?

Lily and Flynn have been trapped inside a statue since last Halloween. When a mischievous god with a love of all things sexual swaps them for the trio of lovers, can the strength of their love set them all free?

Somewhere way in the back of his mind, his brain was telling him having sex like this in the Botanical Gardens was a bad idea, but his cock wasn’t listening.

Ulric wrapped one hand around her breasts, so he could tweak her nipple, and the other played with the curls around her cunt. Touching his own cock inside her felt so carnal he nearly came on the spot, and had to move his fingers up to her clit so he didn’t spoil it for her.

Her little bud was burning hot and engorged so he pinched and twirled it, aiming to keep her on that perfect edge between pleasure and pain.

He did the same with her nipple, pinching and twisting it, pulling on it, trying to heighten the sex for her, to pull her along to the very edge of the cliff, without pushing her off it just yet.

He could feel her chest heaving as she gulped in air, so he withdrew his cock almost entirely, and then slammed into her, aiming to hit her cervix and drive her off the edge.

Fleur screamed and shattered around him, her cunt grabbing his dick so hard he thought it might break, as she came and came, flooding him with burning cream and sending him spiraling into orgasm with her spasms.

Through his haze of release, Ulric heard Heath yelling. He looked up to see a young couple, naked, dancing around the fountain.

Fleur was ripped from his arms; Ulric flew through the air—then nothing.

the story was very intriguing with statues that come to life and humans turning into statues. Really enjoyed it