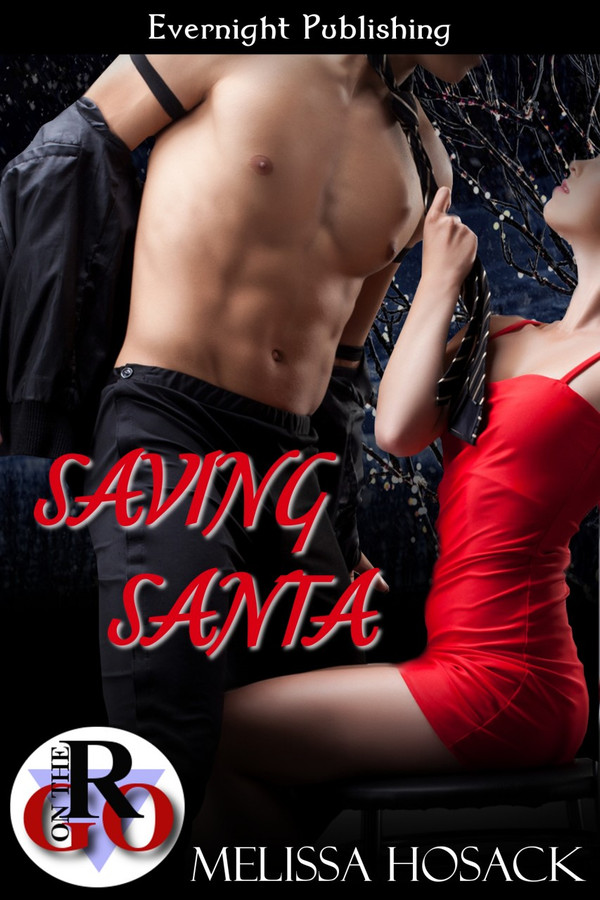 Cara Faulk has always loved Christmas and delights in anything related to the holiday season, but even she finds it odd when two elves show up at her door offering her a paid vacation. As they approach their destination—the North Pole—things get even stranger. Cara is informed that the elves would like her to seduce Santa, because Christmas is in need of a Mrs. Clause.

Extremely reluctant about this new adventure, Cara is thrown once again when she is berated and hollered at in the elf workshop by none other than Chris Kringle himself. She doesn’t know what is more shocking, the fact that Santa is drop dead gorgeous or that he’s arrogant, self-centered, and anti-social.

Despite their less than stellar introduction, Cara finds she can’t resist Chris.  His life is enchanting, and his dedication to his work humbling. She finds herself drawn to him despite his egotism and their frequent shouting matches. The two dance back and forth between a love/hate relationship. Neither wishes to marry or be a part of the elves’ plot, but they can’t seem to keep their hands off of one another. As the holiday’s end draws near, Cara is torn with giving up Chris and the magical life she’s been introduced to and admitting that she might just be falling in love with Santa.

Across the room stood the most drop dead gorgeous man I’d ever seen in my life. After a quick perusal, I started at his head and slowly worked my way down.

He had short blond hair, which he wore in spiked points. Jade green eyes complimented a handsome face whose light blond five o’clock shadow did nothing to hide dimples that had my knees trembling.

He wore a black t-shirt so tight I could see the outline of each abdomen muscle as he moved. A pair of faded jeans and black high-tops rounded off an outfit that in no way belonged in Santa’s workshop. “Who’s he?” I asked in wonder.

Emma didn’t get a chance to answer before the man was moving toward us at a brisk pace. It was impossible to ignore the displeased expression that dominated his face or the glare of his green eyes. “Emma!” he boomed in warning.

“Your mother thought it was a wise idea,” the little elf started, but he interrupted her.

“This is none of my mother’s business.” He turned to me with a look of disgust. “You aren’t welcome here. Get back on that jet and go back to whatever hell you came from.”

I took a subconscious step back at the man’s hostility and blinked up at him in shock. He was a good six foot four, handsome, and rude as can be. “I…I…”

“Don’t be mean to Cara,” Emma defended with a glare of her own. “Give her a chance. I have a feeling the two of you will get along swimmingly.”

“Who told you that?” the man asked with a snort, “Cupid?”

“Tell Cupid to mind his own damn business. I don’t need a Mrs. Claus. I am running this place just fine on my own. Requiring a Mrs. Claus is an outdated tradition, and you all know it.”

His words drew a gasp from my throat. “Wait. You’re Chris?”

His fiery gaze swept back to me. “Yes. Chris. Chris Kringle. Laugh, and I’ll toss you out in the snow and lock the doors.” He returned his anger to Emma. “Get rid of her. I want her out of my home before dinner tonight.”

Taking offense at the massive attitude I was receiving from Santa Claus, I snapped, “I’m not a dog.”

“No,” he said scornfully. “You’re a woman who would drop her entire life to marry a man she doesn’t know for a chance at immortality. If you think I’d marry someone that shallow, you’re an idiot.”

Those angry eyes swept back to Emma. “Get rid of her. Now.” With that, he turned his back and strode away.

Quick read. A little steamy at times, but more on the romantic side. Cute story.

Not much you can do with the number of pages here, but she pulled it off rather well. I couldn&#039;t quite buy into the speed of sexual chemistry and acceptance of feelings, but the story is really cute and fun. If only we were ALL this lucky!

Two of Santa&#039;s elves are convinced that in order to bring back the Christmas spirit for Chris Kringle that he is in need of a Mr&#039;s Claus. They take it upon themselves to trick Cara into coming with them where she meets Chris! Their first introduction was not exactly how the elves thought it would be Chris and Cara did not hit it off well! Then one day Cara accidently messes up the toy machine that sets a chain of events that neither can control! Such a great story!

I loved this short holiday story! Cara and Chris are just fantastic characters! Cara loves Christmas and is tricked into going to the north pole to marry the current Santa, Chris, who happens to be drop dead gorgeous! Chris, on the other hand, does not want to marry.