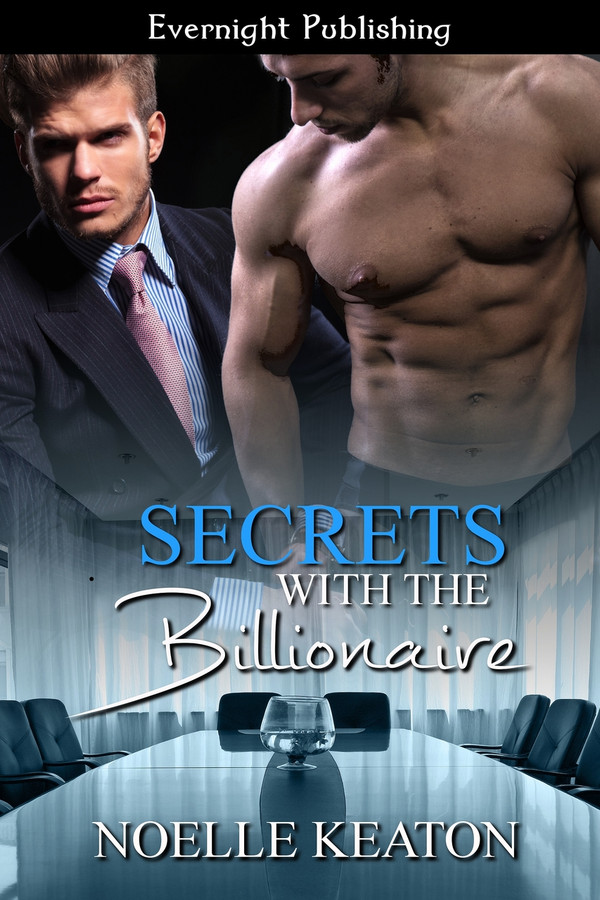 While vacationing on an island resort, ambitious news reporter Tim McInerny is surprised to see the reclusive techie billionaire, Connor Albright. It's clear from Connor's appearance that he's been ill, but Tim approaches him anyway, making clear that he'll write a story with or without Connor's cooperation. Still recovering from a heart attack and quintuple bypass surgery, Connor reluctantly agrees to the interview despite his fear the interview will wreck his corporation’s plans for the acquisition of an internet start-up.

Though they each have their own agenda, it isn't long before professional considerations are thrown aside and Tim and Connor give in to their passion for each other. But their new relationship is threatened when Tim learns that his interview won't be published and that Connor knew about it all along. Both men are forced to choose which takes priority: their careers or their burgeoning relationship.

But the reality of who Tim was and what brought him to Connor’s room in the first place caused Connor to extricate himself from the embrace and take a step back.

He watched as the expression on Tim’s face changed from one of desire to confusion. “What’s going on?”

“We can’t do this.” Connor shook his head, trying to shake off the lust-filled cobwebs clouding his better judgment. “You should go.”

Tim’s jaw tightened and he shoved his hands into his pockets, his frustration evident. “Is it because of your heart attack? Is there a medical reason we can’t continue?”

Actually, Connor’s heart was beating furiously at the moment, but it didn’t scare him. In fact, he hadn’t felt this alive and invigorated in months, even well before his heart attack. While he indulged in the occasional one-night stand, it had been a long, long time since anyone had turned Connor on this much. He wanted nothing more than to rip Tim’s clothes off and bury his dick in Tim’s ass as far as it would go.

But he’s a reporter, not a fuck-buddy, Connor reminded himself. Things needed to stay strictly professional between them. He’d exposed enough vulnerability to Tim by talking about the heart attack. Going to bed with him might result in a loss of control that Connor couldn’t let himself sacrifice.

SECRETS WITH THE BILLIONAIRE explores the ins and outs of loyalty and the struggles of mixing your personal life with your professional life. Tim McInerny is a struggling journalist who had to borrow money from his siblings to join them in the tropics to celebrate their parent&#039;s wedding anniversary. When Tim realizes that Connor Albright, a reclusive man who has made billions from his technology company, is staying at the same resort, he becomes determined to get an interview. Tim immediately notices that Connor looks like he has recently been ill and tells Connor if he doesn&#039;t cooperate with an interview then Tim will run a story on his health. Connor reluctantly agrees to the interview but he also contacts his attorneys to find out how they can keep the interview from ever running. A passion sparks between Connor and Tim during their time together but their relationship is short-lived when Tim finds out Connor lied to him and betrayed him. Both men have to reevaluate their priorities and figure out if certain sacrifices are worth the love they might find with each other. Career versus love--how do you decide? This story was a great representation of the conflicts involved when two people with conflicting career roles try to develop a relationship. A reclusive billionaire and a journalist may have been doomed from the beginning but they just couldn&#039;t resist their attraction to one another. I appreciated that the author filled the characters with doubts and concerns and apprehensions rather than false optimism. The tone of the story wouldn&#039;t have felt as believable if the characters didn&#039;t recognize that there was potential for disaster. Despite the apprehensions and doubts, the characters are so drawn to each other that the hurt and loss is still poignant when their careers do get in the way of their relationship. The story was brief, which limited the amount of romantic build up and relationship tension, but the author did a good job of fitting a lot of story and emotion into a few pages.

Tim only agreed to go on vacation because of his parents but he was really not digging the whole sun and beach thing. He would rather be at work. Then while sitting and enjoying a drink he sees a man who takes his breath away. He is fascinated by him yet feels that he knows this man. So what does he do, he takes his picture. Connor was getting over a personal issue and had not wanted anyone to know, so to his surprise a reporter just happens to be at the same bar as he is. Things get in the way but for them to move forward they have to start again. This is a cute story even though it does drive me nuts that Tim is just going at this guy for information then falls for him. Then Connor leads him on, turns around and to me pretty much betrays Tim. It works out on the end, but drove me nuts. I loved it. I wasn’t too sure what to think but it was a cute story that drew me in and kept me there. I would recommend reading this story especially if you love two very sexy men, hot sex, and a bit of trouble in between them.

Chemistry with the Billionaire by Noelle Keaton

The Billionaire's Network by Noelle Keaton