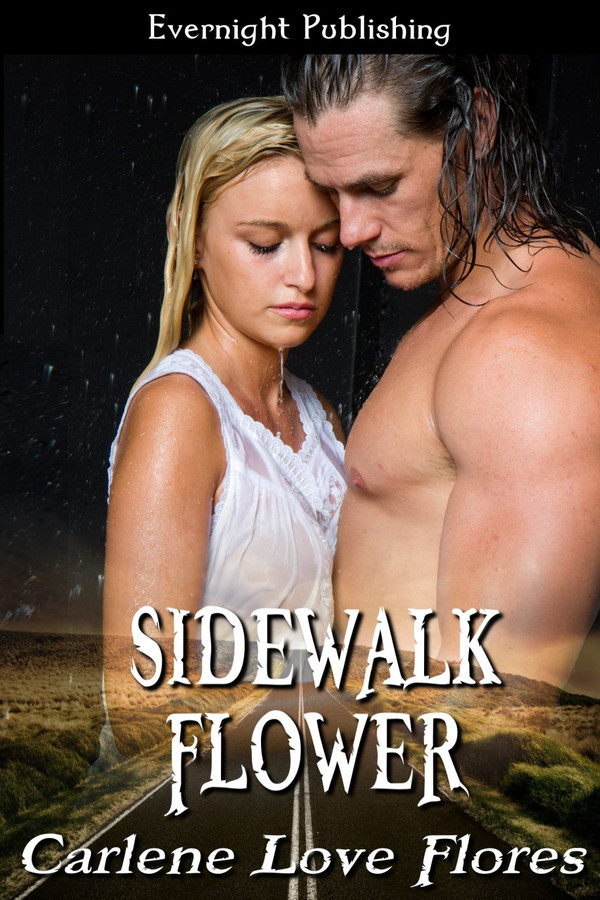 A jaded young woman sets out on an intense road trip home to deal with her past when she is asked to allow a relative stranger to tag along.

But she’s seen too many good guys succumb to the harsh realities of her supposed privileged life in the music business and intends on keeping her distance.

When she picks up Lucky, the southern gentleman cousin of her selfish best friend, she has absolutely no idea of how to accept a perfectly good person with good intentions.

Her two insistent hands pressed against the back of his neck like she was forcing him to do this.  It was cute.  Yeah, she was dead wrong.  He’d wanted to kiss her since he’d first seen her, hopping down out of that girly silver Jeep.  But he knew better.  Earning something you wanted took more than a few hours.  And if he’d gathered anything from her hot and cold responses so far, it was that Jaxon’s vague but deliberate warning that he take good care of her hadn’t been just puffed up, ego talk.

This girl was in trouble.
He should have stepped away for both their sakes.  He knew he didn’t deserve this kind of kiss, not yet.  But California was glued to him on full speed and didn’t appear to have a pause, let alone a rewind button.  On second thought, he’d let her get this out of her system and then they’d start over.

Her hand had to be killing her, so he managed to pull it down and keep it tucked at her side.  But the other one was petting those hairs at the back of his neck, leaving him seconds away from coming undone.  If he clenched his jaw any tighter, those painful yet ticklish sensations shooting throughout his upper body would without a doubt get him into trouble down below. Heck, if he squeezed her in his arms like he wanted to, she’d feel how aroused he’d let himself get.  He worked his jaw to ease away from the pain, wishing he could let go entirely and enjoy her touch. Yep, their fresh start was gonna have to wait until she was done proving her point.  Cute girl though.

His lips were soft and salty like he’d worked up a sweat at some point during the day.  Crap, again she cursed his damn tempting bloodline.  This would only complicate their pending trip even more.  So naturally, when he smartly pulled her one hand away, she found a sweet spot of baby hairs with the other and went for more.  Her rules—that was the only way to play with the boys and stay safe.

Lucky’s hands eventually cupped the sides of her face, which was fine because she had made her point.

Well, hell if she knew.  “Yes,” she said.  They could figure the truth out later.  There would be an endless amount of open road ahead of them come Sunday to think.  Tonight was desperate Friday.  “We’re good.”  But she hesitated because he looked for a moment like he may have regretted things. When he coughed and cleared his throat, she was sure of it.

“Come on, Miss ‘We’re Good’,” he said, as he urged her the rest of the way to the back door.  “I’d like to keep that promise I made Jaxon.  You could go a little easier on me from here on out.”

The inside of her mouth remained warm from their kiss as she swallowed a cool breath of air.  The contrasting temperatures left her with a chill and a memory—the taste of the last kiss she’d had.  Cigarettes and beer.  No hand holding.  No talking.  No first, second or third date.  As badly as her sour heart warned her to throw Lucky in with that lot, she just couldn’t do it.  He’d already taken more care of her than any other guy she’d known.

“You shouldn’t take things so personally.”  At his wince, she splintered and added, “I know you didn’t sign up for this; I’ll try to be…better.”  No promises though.

“Okay.”  He hesitated, and shifted on the steps.  “Ready to go inside?”

“No, you should go in though.  I need to be alone.”  A tingle traveled around her wounded hand and she made the mistake of squeezing it into a fist.

Lucky dipped his head then and ran his hand up along the back of his neck, rubbing it in his obvious confusion.  “Trista. I’m kind of at a loss here.  You’re obviously in pain.  Just come inside and let me help you.”

She tried to warn him, hoping he’d listen.  “Lucky, you’re a nice guy.  Okay, I get it.  You want to help, but I didn’t ask for that and you have no idea what you’d be signing up for anyway.  Assholes can barely handle my world; a good guy like you doesn’t stand a chance.  Jaxon had no right doing this.”

“Hmmm.”  He scratched at his sideburn.  “You don’t know what I can and can’t handle.”  He looked down but she had caught his every word.

The point came when she should have shut up.  But she’d given him the option of letting her be and he’d stayed.

“What exactly does your girlfriend think about you taking this trip with me?”  Not the best comeback, she realized.

He shook his head as if realizing he was stuck with a crazy person but then slid down onto his butt and patted the space beside him for her to sit.  “I don’t have a girlfriend.  You are assuming wrong, again.”

Trista waited for him to recant and come straight with her. “Lucky, you don’t have to lie.  I heard her today over the phone.  It’s okay.  I don’t judge.”  If she did, she’d have had zero friends back in Cali.  Jaxon hadn’t named his band Sin Pointe for fun.

“Wait a second; you kissed me like that when you thought I had a girlfriend?”  He crinkled his brow with the honest question.

She paused to chew at the inside of her cheek and consider what he’d just stopped short of calling her.  On the bright side, she hadn’t worried about the rest of the trip in so many minutes.

“Trista, I didn’t mean it like that.  I just don’t understand where you’re willing to draw the line.”

That’s right, because they didn’t know each other.  How could she be mad?  He had merely pointed out a truth that had become apparent about her after only a few short hours.  She really had been living amongst those who kept few rules for far too long.

“Lucky, sometimes one moment is all the time two people have together.”  She crossed her hands at the wrists and rubbed them back and forth.

“Is that why you kissed me?”

She couldn’t answer him.  That had been about control of the situation.  At first.

“Didn’t you wonder what my girlfriend might think about that?”  His eyebrows lifted and he started to reach out for her hand but stopped short.

She should have.  But hadn’t.

He twisted and leaned over and without touching anything else, barely brushed his lips against hers as he spoke.  “What if we don’t tell her?”  The stubbled patch of whiskers just beneath the center of his bottom lip scraped against her chin.

Loved following Trista &amp; Lucky through every crack in their sidewalk. Great back story of perseverence &amp; goodness of heart triumphing through adversity. Didn&#039;t want to put it down! Great read! Leaves you wanting more.

Loved all the near encounters, good &amp; bad! Caught myself holding my breath often, and shivering at times. Loved the revelation of Trista&#039;s &amp; Lucky&#039;s strengths &amp; weaknesses serving them &amp; failing them! Just as we scream DON&#039;T OPEN THE DOOR in horror stories, I found myself silently screaming DON&#039;T LEAVE HIM/HER in this story! Hated to put it down! Want to buy hard copies to give as gifts to my fellow book loving dinosaur family &amp; friends! Soon please. Can&#039;t wait to read more by this heart-touching author!

This book had me form the start. Didn&#039;t want to put it down. Love this new author. Hope we get to see more of Trista, Lucky and friends.