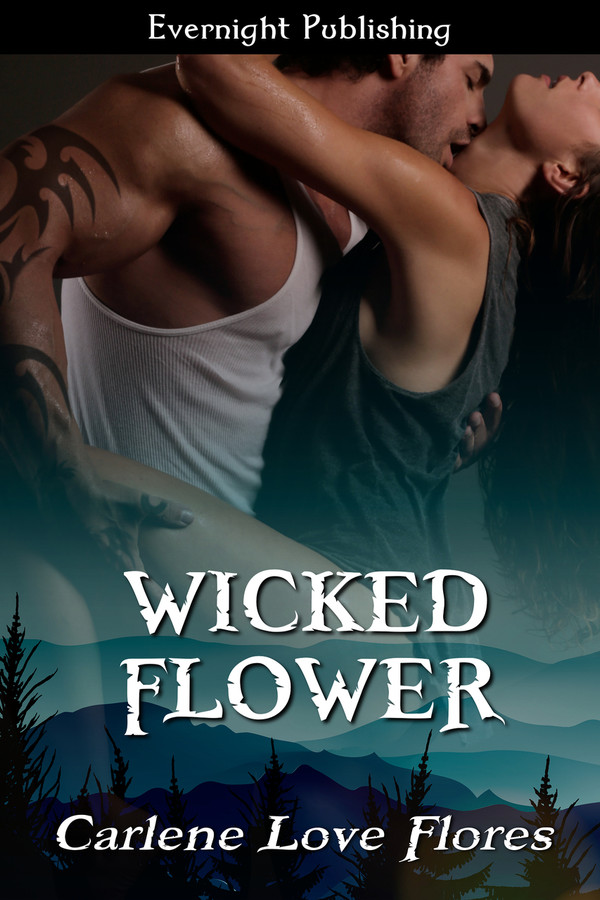 Practically strangers when Stefan rolls into his small hometown looking to patch things up with Mom, his and Dani’s worlds collide with a hot and intense hook up. He knows right away this woman will make the perfect partner for his two weeks in town. But when she realizes whose son he is, and what he’s there to do, sexy times come to an abrupt halt.

That is until they come up with a solution. Rules. Every game needs them. The question isn’t if they’ll break them, but when and how hard.

It’s a wickedly delicious game, one neither of them intends to lose.

Wow. Had Will pegged this perfectly or what? Stefan was determined not to hear her. What hurt Dani most was how his confidence had been shattered by a ten minute conversation in a silly rose garden.

She didn’t even remember that she’d just been crying and the wetness on her cheeks surprised her when she wiped a piece of hair from her face. “But you come back. And when you do, you bring the best laughs and joy with you. You bring yourself.”

“No, don’t do that. Don’t make me out to be some good guy, Dani. It’ll only hurt you in the end.” He paused and then stabbed her with a look sharper than steel. “You sucked my cock good last night, but that doesn’t mean you own me. I don’t owe you anything.”

Her face flamed with sheer anger. She nearly spit the word asshole right back in his face but remembered Will’s warning. She could be just as stubborn. “Try again. I did suck your cock good and no, you don’t owe me anything. But you will hear me out. You know who else leaves their loved ones behind? How about soldiers?”

“That’s different and you know it.”

“How so? They stay gone for months. Thom gets one two-week break half-way through his year-long tour. He comes home one time, Stefan. In an entire year. How is that different than what you do?”

Stefan looked like she’d shot him. He held his hands over his midsection and hunched over before he righted himself again.

“I don’t know. It just is. I’m not laying my life on the line for anyone.”

“But you’re putting it on hold so you can make all those people who love your music happy.” She wouldn’t stop now. “I bet if you were with someone, you’d find a way to see that person, no matter how far away you were. And I bet that person would be thankful, and…” Her eyes welled up with tears again. “So very happy for each moment, no matter how short or how much time passed between visits. Or how big of a mean jerk you could be sometimes.”

The amount of time he stayed with his head bowed down killed Dani. Losing him in a couple days hadn’t hurt before because she realized she’d held out hope that things would work out between them. That her Superman would figure it out and fix it all. He’d invite his mom to Nashville and Dani too. All she needed was an invitation and his ability to wait two measly months for her to arrive.

Her breath tunneled around her lungs and her knees threatened to give out but she wouldn’t stop until she’d convinced him he would not do that. Not if he … not if he loved her. The way she loved him back.

“Why do you keep saying that? Leaving, when it’s your job, doesn’t hurt the one you love.”

Her mind was nearly useless after his use of the L word. Maybe he was trying to tell her he wouldn’t be faithful.

“You don’t understand me, Dani.”

“Then help me out here. Are you saying you’d sleep around on the road? Is that some inevitable part of you being Stefan Calderon, bass player?”

Crap. He wasn’t answering her.

“Fuck, I don’t know. Maybe. I’ve never been tested like that.”

“What the hell do you mean?”

Again he went silent. And this time he got up out of his stool and walked to the sink. As if they hadn’t just been in an industrial sized conversation, he reached up and pulled a glass from a cupboard and filled it with water. He guzzled the entire thing down then filled it up and walked back over to her. He set the glass down in front of her, nudging her hand which she realized was in a tight fist.

Maybe we’ll talk more? Who did he think he was? Ending their discussion like that. But her chest had tightened and she knew he was right when she took in a deep breath and felt the built up tension leave and her body relax back to normal.

She hated that he was right. But if he thought she wouldn’t fight for him, he was dead wrong. She took the glass of water, emptying it then handed it back to him.

She could play nice while they ate. He loved her.

Stefan brought their plates over. He sat down across from her and stabbed a peapod and a chunk of pink salmon, shaking his head as he bit the food from the fork and chewed. He stabbed another and another bite.

Whoever had made this man, had gotten so many things so very right. No matter that all those things combined made her absolutely crazy.

He loved her. He’d said so.

She chewed, and tried not to cry smile.

I don&#039;t normally like books like this, but I really enjoyed the characters. they were fun with some good development. great story line and it was hot hot hot

Stephan doesn’t want to return home because of his past but he also vows to visit his elderly mother more often. On route he meets Dani, the sparks fly as she’s dealing with being dumped and pregnant. I do have one issue and that’s bathroom foreplay...a public bathroom! Ew on so many different levels. I could not get into that scene and had to skim it because it was just gross. However that’s totally my own personal pet peeve. And I did like the characters so I just kept reading and I wound up loving the characters. Stephan was not only gorgeous but sweet and badass and just a stunning personality. Dani was in such a difficult place and I really felt for her. Pregnant with her ex’s baby and then making out with her bosses son. I cringed for her but I wanted so badly to see how she found her happy ending. Even the side characters, Will, Stephan’s mother was fantastic! This book really drew me in and I fell in love, hard, wild and messy, lol. There were even some one liners that made me giggle. And then there was the sexual tension. Amazing. The sex? Freaking fabulous. I was squirming in my chair madly. Wow. Just wow. And also add a goofy grin to this. Wicked Flower is so freaking romantic and on top of my must read list!

I did like the characters so I just kept reading and I wound up loving the characters. Stephan was not only gorgeous but sweet and badass and just a stunning personality. Dani was in such a difficult place and I really felt for her. Pregnant with her ex’s baby and then making out with her bosses son. I cringed for her but I wanted so badly to see how she found her happy ending. Even the side characters, Will, Stephan’s mother was fantastic! This book really drew me in and I fell in love, hard, wild and messy, lol. There were even some one liners that made me giggle. And then there was the sexual tension. Amazing. The sex? Freaking fabulous. I was squirming in my chair madly. Wow. Just wow. And also add a goofy grin to this.

I was hooked on Wicked Flower from the first page. Stefan...oh Stefan. I absolutely loved him. He knows what he wants and it&#039;s Dani from the first sight. I also adored Dani and I can&#039;t say why without giving away the storyline. I&#039;ve read most of Ms. Love Flores&#039;s Sin Pointe Novels and every time I pick a new one up it&#039;s like I&#039;m smack in the middle of a big, crazy, blended family filled with characters who have real problems, flaws, strengths, insecurities and lives. Ms. Love Flores has a special knack of hooking the reader and not letting go until the end. Wicked Flower can be read as a stand alone but I recommend reading the entire series. It&#039;s a wonderful journey through the lives of the Sin Pointe band members, who by the way, are sexy as hell.