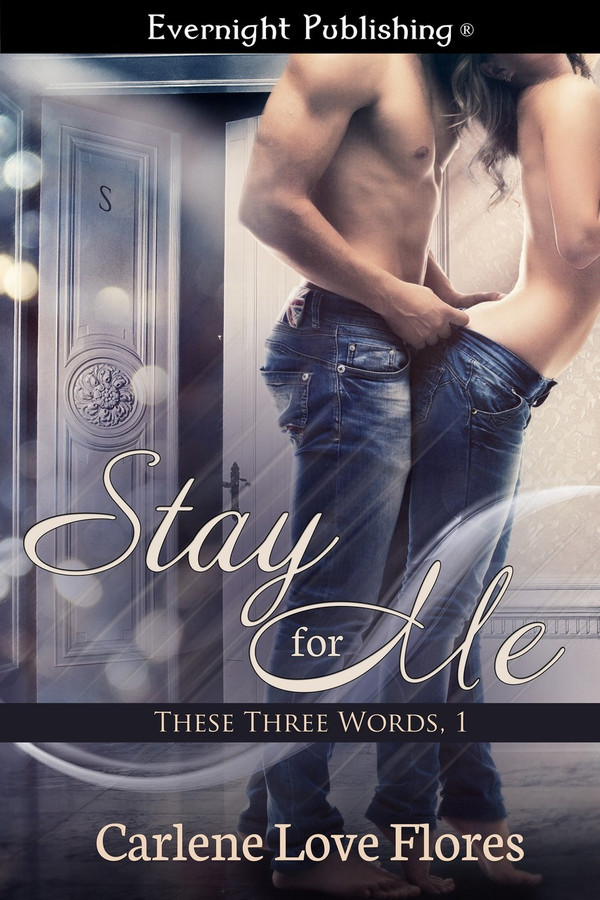 Two years ago, best friends Emma Chester and Sam Jason tried being intimate.
Due to Sam’s massive size, it didn’t work. Embarrassed, they did their best to move on. Now the day has come where Emma must suspend Sam as a dancer at the club they work at, awakening the buried pain of that one night.

Sam has seen this day coming but is shocked when Emma asks him to strip for her just once before he leaves the club. Allowing himself to feel for her again is too dangerous but she’s clearly not in her right mind and needs him.

Can he maintain his restraint and help her? When she hands him his uniform to strip out of, is she handing him her heart? Or is it too tattered to ever belong to him again?

Sam’s every muscle tensed and ached for her to lay one finger on his skin. But she didn’t. She even took her pinky back from where they’d linked them when she stood up and he followed suit.

“Where are we going?” he asked.

“Of course,” he said without thinking.

“Do you believe that I trust you?”

That one took him longer.

He wanted to regain her trust more than anything in the world, especially now that they’d gone and opened up old wounds. “Yes,” he said but knew the wishful answer hadn’t satisfied her. And somehow, being suspended or fired or quitting his job didn’t matter as much as whatever they were delving into right now. This had become something more. Way more.

She answered for him. “No you don’t. And that’s why before you leave here for good, because we both know that’s what’s gonna happen, I’m going to prove to you once and for all that I do trust you. No matter what,” she said and held out her whole hand this time, not just a pinky. “You coming? We don’t have all night.”

Was there any sense in arguing the finer points?

Unsure of exactly what would happen, he was keenly aware he could not do anything to jeopardize her job as manager if that’s where this was heading. Sam took Emma’s hand as she led him from her office and then abruptly came to a halt. Unprepared to be stopping in front of the room she usually avoided at all cost, he banged into her which sent her tripping into the door frame. The sudden, hard contact fired him to life. He felt himself throb, his groin grew tight. These Navy white pants didn’t hide anything.

“Damn. Sorry. But you’re taking me to the S room?” His voice was never high like that. If anything, he thought maybe she’d been about to ask him for a motorcycle ride over the new Hoover Dam bridge to prove her trust in him. Hell, he’d have been more prepared had she gone and fetched some random show guest and thrown the two of them in there while she stood outside, “trusting” him. This? Wanting to go inside S room? With him? Nowhere on his radar.

There was something about this room she hated.

And very little else to do inside besides be together. Which he was sure she also must hate after the way he’d hurt her before.

He had one word for her and feared like a little girl that saying it would be the one thing to push her away for good. But he had to say it.

This wasn’t a place to enter on the premise that you trusted a person. You either went in here not caring a damn about what might happen, like most of the show patrons he’d brought, or fully aware and in control of yourself. No in between. Sam had watched her tow the line throughout their entire conversation.

“I won’t take you in there. You’re not ready. Don’t be stubborn and ask me how I know that. I just do.”

“It’s not up to you right now.” Her lips stopped speaking, and it was clear that was the last thing she would say until he either followed her in or left her in the hallway, alone.

Like fire that realized it was on dry ground and free to burn, the thought of being in there with her jolted his body awake. Years old, buried, and desperate desire, came out of hiding. He would put himself through hell to be able to have her and not hurt her. But standing directly behind Emma as she unlocked and opened the black door, he saw how he still engulfed her.

From her petite shoulders came a giant heave as she took the first step inside.

In that instant, he knew she was wrong. He could and should choose not to go inside, but he did have something to show her. That she was safe when they were together. He couldn’t believe that was what this had turned into but he found some small ground to stand on and be thankful. He wouldn’t piss this opportunity away. A man took responsibility for his actions, no matter how far in the past they’d happened and how much time he’d spent racking up distance, hiding. Sam would be the ambassador of control and restraint once they were on the other side of this door.

He had to prod her forward the next step. And the next, which set off a mile-long trail of red flags.

He waited and let her be the one to turn and close the door.

As soon as he heard it click, he slid his hands inside the tight pants pockets and held them there.

The room was dark and chilly, and her breathing echoed in his ears. He went in search of the light switch. The low bulb setting purposely only lit the room one shade lighter, but it was enough to see the shadow dampening her pretty face.

She held up her small hand and he’d have latched onto it had his hands been available. “No. We’re not leaving. I’m fine. I just needed a second,” she said. That wasn’t her “I’ve got this” voice. She was acting and not doing a very bang-up job of it.

Sam had no choice but to touch.

He fumbled around and found her other hand and took it into his, receiving an instantaneous jolt of comfort. He hoped he affected her the same way but couldn’t be sure. She was awfully still.

Emma looked at the neon hands of the wall clock. “We have one hour before the second show lets out,” she said.

“I’m assuming you have some plan, Emma.” God, please tell him she had a plan. Because the only one he had was to let go and keep his hands to himself, no matter what.

She stared through him and scanned the near nothingness of the room. “I do. I do have one. I want you to strip for me, Sam.”

I wasn&#039;t sure if I&#039;d like this book. The size of a man&#039;s cock isn&#039;t usually an issue in fiction. It might be in real life, but fiction? Yet Ms. Flores approached it with an onslaught of emotion and thoughts from Emma that made my indecision melt away. Emma&#039;s fear of not being able to handle Sam&#039;s girth bled off the pages. It wasn&#039;t fleeting; it was consuming. Along with that fear was the thought of losing Sam for good if they tried again. I don&#039;t know if I would have tried again, but I sure as hell was glad Emma did, and in a room that held horrible memories for her no less. For all of his impressive strength and massive size, Sam was remarkably gentle with Emma. Lust and need fueled their second time, but it was his frame of mind that got them through it. He knew what Emma was to him, knew how much this meant to her and him, and he wasn&#039;t willing to do anything to mess it up. But it was more than just having sex. There was more than the size of Sam&#039;s dick to worry about. It was dealing with the one night they tried, and getting through the memories of Emma&#039;s ordeal in the room she chose for them. Working through those things might have a total mood killer for any other couple, but they weren&#039;t for Sam and Emma. They needed to do it, needed to banish the darkness before they could enjoy each other completely. I liked how their relationship unfolded, how aspects of it came into play as the story progressed. There wasn&#039;t any info dumping even though there is quite a bit of narrative. While this is considered an erotica romance, it is a very different erotica than what I&#039;m used to reading. The issue of size isn&#039;t usually seen as a problem in fiction. Bigger is better. Usually. In this case, it wasn&#039;t. At first. By the end, it didn&#039;t matter because they didn&#039;t stay for the sex or because he fit inside of her. They stayed for each other, for the friendship they shared, and for the feelings that grew between them.

As I&#039;ve mentioned before, I really enjoy Carlene Love Flores&#039; work. Though Stay For Me is a quick read, there is good character development and it&#039;s intense. I will say though, I did not quite understand the role of Gabe in the S room. Was it to add a kink factor? Probably. I think I am just reading to much into that scene. Again, another quick read I recommend.

Sam and Emma have been friends since childhood and the theme dominating this story is that they haven&#039;t been able to enjoy an intimate relationship because she&#039;s tiny and he&#039;s physically too big for her. This was a cute love story but all the angst over their sexual situation just made little sense to me, so I have to approach the book as too very inexperienced lovers to wrap my head around their issues. There&#039;s a nice build up of sexual tension but the book wrapped up too quickly for me. I&#039;ve read many seduction scenes and this was just painful to read.