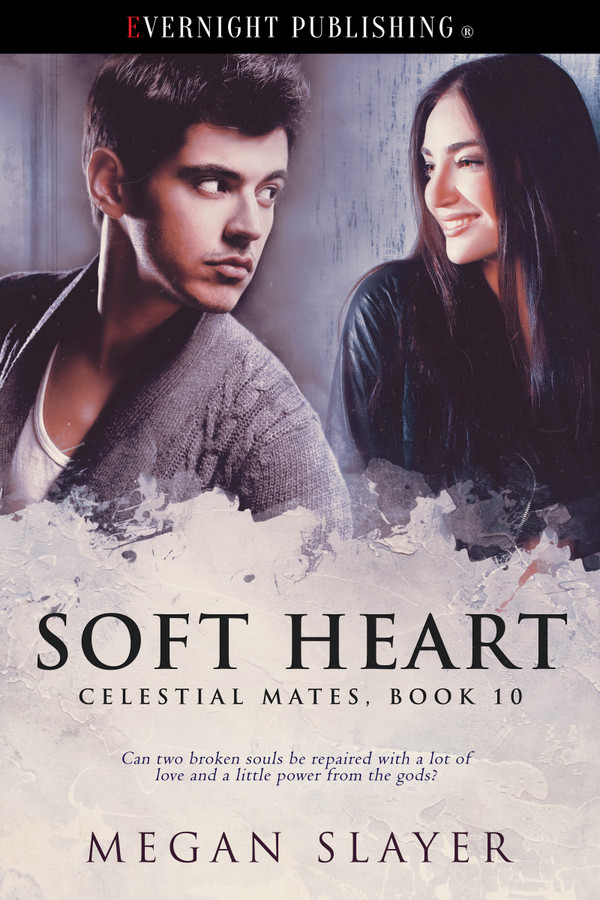 Can two broken souls be repaired with a lot of love and a little power from the gods?

Leto, the goddess of motherhood and womanly demure, wants to be anything but bashful. Working in Las Vegas in the music business has proven she can’t be coy if she has desires, but the man she loves isn’t available. What’s a goddess to do? Help break a curse, that’s what.

Tommy has loved Leto since the day they met, but he never thought she’d want to be with him. He’s also got a girlfriend. When his girlfriend leaves him for his brother and curses him, it’s up to Leto and Tommy to admit their deepest desires—they want to be together.

There’s just the matter of breaking that pesky curse…

“What…?” His voice faded. No, no, no. Where had his voice gone and why in the hell couldn’t he move?

Leto patted her thigh and nodded. “This is bad. This is very bad.”

No kidding. Why wasn’t she calling someone? How about the ambulance? The guards? He tried to open his mouth, but he seemed frozen.

Leto trembled. “I’ll be right back.”

Call the medics, he wanted to scream. He glanced at his hand. His skin had turned ashen … like stone. Oh, fuck. He must be dying. Why couldn’t he move? Missy hadn’t touched him, so she couldn’t have poisoned him. What was going on?

Hera stroked his arm. He felt her, but also seemed like he was looking at himself without being in his body.

“This appears to be a curse and he’s screwed.” Hera sighed. “I’ll need to contact Zeus to get this fixed. Keep an eye on him and I’ll get the security team to move him inside, too.” She left Leto alone with Tommy.

Leto spread her hand on his arm. Unlike when Hera touched him, he felt this contact. Her touch, warm and inviting, seeped into his skin. He looked into her eyes. What’s happening to me?

She smiled and kept her hand on him. “So, here’s the problem. You were cursed. I don’t know how it happened, but you were. I can’t fix it right now, but Hera can.” She stroked his arm. “You’re not dying, but it’s like you’re being frozen.”

“Who hates you so much that they’d curse you?” Her brow crinkled. “I learned the hard way that no one should be punished this way.”

He wished he could tell her the truth, but without his voice, he was helpless.

“I’ll make sure you’re in our suite, so I can keep you company.” She yanked her fingers away. “Sorry. I shouldn’t touch you without your approval.”

I don’t mind. He liked the way she touched him with reverence. Like he mattered. I wish you could hear me.

She tipped her head, then frowned. “When I left you out here, Missy passed me. She had a guy with her. I don’t know him.”

Of course she didn’t. He refused to subject Leto to Duncan. He might be Tommy’s brother, but Duncan was a rotten man. Duncan couldn’t handle not being on top and Tommy couldn’t lose Leto, especially not to him.

When she said those things, he believed her. He trusted Leto, too. When she smiled, he saw her in a different light. She could be his salvation.

Right now, she was his only hope.