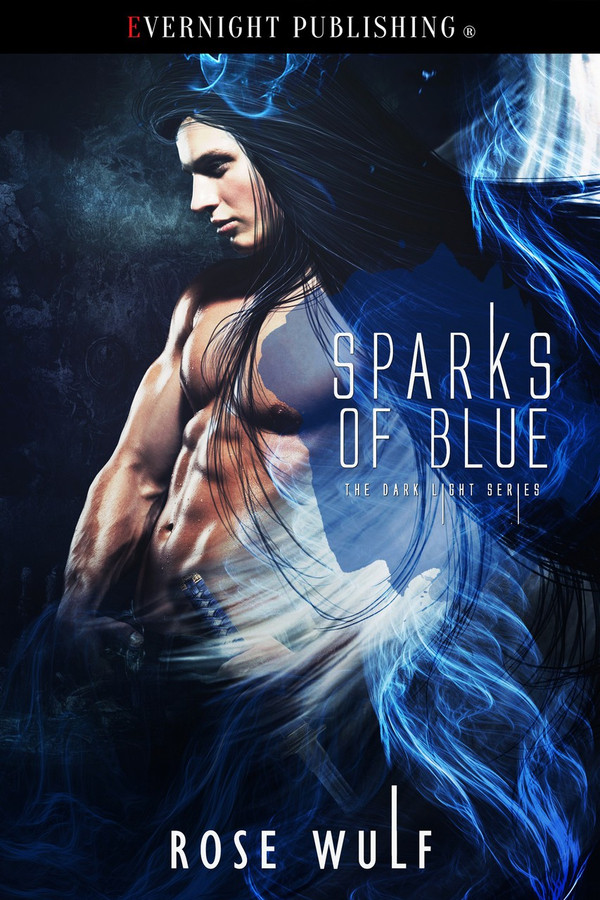 Nearly a century ago warrior angel Kai and Nephilim Belle were lovers. Then he broke her heart and never looked back.

Now Second in Command of the angel armada, Kai knew he was the obvious choice for this long-term mission. And his job was clear: keep Belle and her patient alive. But he wasn’t prepared for the resurgence of old memories and long-ignored feelings. He’ll have to face what he did a hundred years ago if he wants a chance to be back in Belle’s arms…but even then, angels are forbidden from laying with Nephilim. If they're caught, Belle would be executed.

Born a Nephilim, Belle was neither angel nor human. But she was a healer, and she was damned good at it. Her reputation got her noticed by the armada and eventually earned her the title of Master Healer. It also earned her a terrible assignment: save the life—and therefore the soul—of a cursed human…under the protection of her ex-lover. And it turns out the chemistry they’d once shared may have been buried, but it’s a flame that could never burn out.

She shoved the frustration of the never-ending struggle to prove herself from her mind as she checked out, doing her best to ignore the obvious flirtation attempt from the man at the desk. He could hardly meet her gaze long enough to smile. But she didn’t care; she just wanted to get out of there. As soon as she was done, she moved out of sight, heading for a couple of trees that would make disappearing a little easier.

“You want me to smite him for you?”

Kai’s question startled her, as did the sound of his voice coming from behind her, and Belle jumped.

“Kai, you scared the crap out of me!” she exclaimed as she turned to face him. His words hit her, then, and she couldn’t stop the tease. “Smite, really?”

“Seemed appropriate,” Kai said by way of explanation as he stepped into her personal space. Before she could catch her breath at his nearness, he’d slipped her bag from her shoulders with one hand and caught her hip with the other. “Stop taking risks,” he added, the order roughened by a distantly familiar thickness to his voice that sent shivers of anticipation down her spine. Before she could process what he was doing, he’d tugged her up against his chest and caught her lips in a hard kiss.

Belle moaned as he plunged his tongue into her mouth, demanding and teasing at the same time. He kissed her like a man starved, winding both arms around her as she kissed him back. Her skin burned beneath his heavy, heated touch and she threaded her fingers through his hair. It was thick and soft, exactly the way she remembered. He rolled his tongue over hers, stroking and sliding, reminding her body of exactly what he was capable of. Heat pooled low in her belly, and she leaned into him instinctively.

For a long, blissful moment it was as if nothing had ever changed between them. The past ninety-plus years never happened. They were just two people with a powerful attraction to each other. They’d never broken up. He hadn’t ripped her heart out and torn it to shreds with his cruel words.

Except that he had. And that reminder was enough to dampen the flame he’d reignited in her blood. No matter how mindlessly good a kisser he was, no man was worth that. She had more self-respect than to throw herself at someone who could think so little of her.

Belle pushed back, taking a full step away from him as she fought to catch her breath. Her body rallied against her, remembering all too well the pleasure he could bring, but she held strong. She just hoped he couldn’t see the tears stinging her eyes.

They were lovers torn apart by the rules of their society. Their hearts have never healed. Brought together again by a need to save a human, this angel and nephilim must find a way to work together without tearing each other apart. Is their love strong enough to heal old wounds and survive the threats that surround them? This is the second book in the Dark Light series. Each book focuses on a different couple in a world of angels and demons. This is a great read for those who enjoy paranormal romances and second chance at love stories. The author creates a world where angels are expected to not interfere with humans other than to protect them when needed. Angels who violate those rules are punished but it is the innocent children of those unions that really suffer. Belle and Kai ignored the rules and fell in love. It was wonderful until he broke it off with hurtful words. Belle is a nephilim and a healer but she has never been able to heal her heart from the wound inflicted by her angel lover, Kai, when he left her. Shortly after he abandoned her, she lost her sister too. It left her with only her work to focus on and she rose to the level of Master Healer. Now, those skills have resulted in her assignment to heal a human who has been cursed to death by demons. It is a tough assignment made even more difficult when Kai is the warrior angel assigned to protect them both. Belle is a strong woman who has had to survive a great deal of loss and pain in her life. She struggles with her desire for Kai and her fear that he will hurt her again. Kai is second in command of the angel armada and very powerful. He had his reasons for ending his relationship with Belle. When he is assigned to work with her, those feelings overwhelm him. He needs to focus on his mission but it is difficult for him to ignore the past. Kai is not a man to share his feelings and can be quite stoic. He is a warrior and has no fear of demons but definitely fears the emotions Belle brings out. He is a passionate lover and devoted to those he loves. Kai is a man that inspires fear in his enemies and trust in those he serves. He is a man that learns from his mistakes and takes responsibility for his choices and actions. It is easy to see why Belle would fall for him and take such a great risk to be with him. There is a great love story at the heart of this book. Kai and Belle are star-crossed lovers who were torn apart by the rules of society. It is easy to root for them to have a second chance at love. This healer and warrior need each other but have to overcome a great deal of pain and take a great risk if they want to have that love again. The author did not rush the story and gives the reader time to really learn to understand the characters and their motivations. There are also some great secondary characters that add to the story and it would be interesting to see them get a chance to tell their stories too. - See more at: http://erotic.theromancereviews.com/viewbooksreview.php?bookid=22652#sthash.w94F3mVL.dpuf