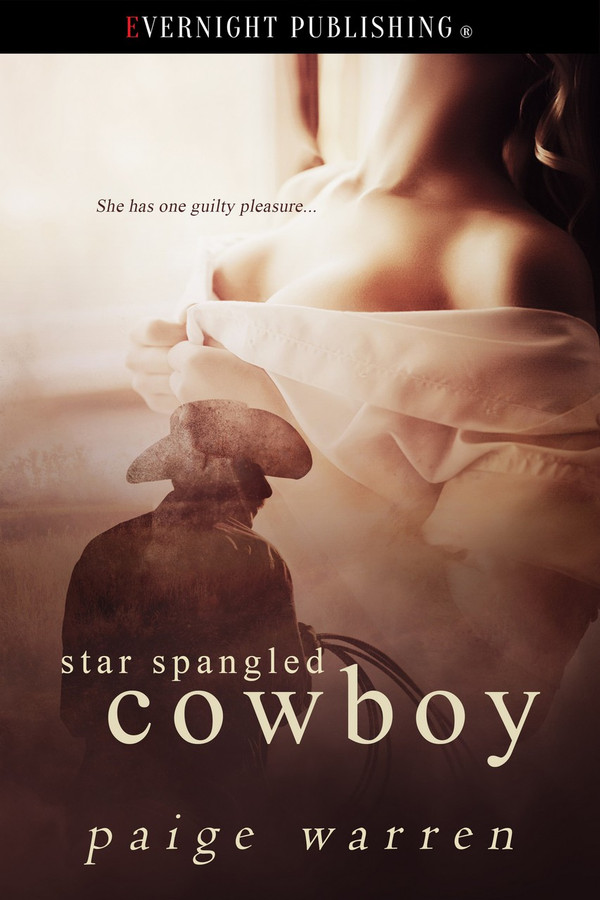 Combat-wounded vet, Tyson Braxton, feels like half a man since losing his leg in Afghanistan. After returning to the family ranch, he wonders what any woman would see in him now. His scars and self-doubt run deep, and while feeling desperate, he hires a prostitute to ease his sexual tension.

Dacey Morgan has lived a life of horror since the age of seventeen when her pimp lured her into a life of prostitution and depravity. She wants out, but the last girl who tried to run ended up dead in a ditch. So, Dacey tries to do what she’s told—but she has one guilty pleasure, her two nights a week she gets to see Tyson.

Dacey longs for the day she’s free to love the man she’s falling for, but she knows that freedom will come at a cost.

Dacey Morgan straightened her mini skirt and tugged her shirt down to showcase the girls a little better. It wasn’t her first time coming to Braxton Ranch, and she doubted it would be her last. Tyson Braxton had left the sleepy little town of Silvercrest at the age of eighteen with a determination to save the world, and he’d returned eight years later a broken man. She didn’t feel sorry for him, but her heart did ache for all that he had suffered. If an hour spent in her company could ease his loneliness—and a little something else—then she was all for it.

Her phone rang, and she pulled it from her small purse. Carlos flashed across the screen, and she stuck her tongue out at her phone before answering.

“I’m at Braxton Ranch,” she said. “You know I have a standing appointment here every Tuesday and Friday.”

“I told you there was a party at the edge of town, and I needed everyone there,” Carlos said. “You know what happens when you defy me.”

Her stomach clenched. Yeah, she knew exactly what happened, but it would be worth it just to spend some time with Tyson. She might have to charge him to keep her pimp happy, but it didn’t mean she couldn’t enjoy the man’s company. He treated her like fine china and not like a crappy Styrofoam plate. She was trailer trash and a whore to boot. No one showed her the least bit of kindness, except Tyson Braxton.

“I’ll come to the party when I’m finished here.”

“No. You’ll go home after you’re finished there and you’ll wait for me. I mean it, Dacey. Don’t defy me on this or your punishment will double.”

She knew she could survive his punishments, but double wasn’t something she looked forward to. If he wanted her home after she was finished with Tyson, then that’s where she would go. Her heart thumped in her chest as she clutched her phone.

Carlos hung up on her, and she slid her phone back into her purse. Her hands trembled a little as she thought about what was going to happen after she got to her trailer, and then she blew out a breath to calm her nerves. The last thing she needed was for Tyson to know what was going on. He might be broody and antisocial, but he also had a sense of right and wrong, and she had no doubt that he would try to protect her. It wasn’t his battle to fight. It was hers.

She pinched her cheeks to add a little color to her face and then carefully walked across the gravel drive to the wide front porch. Her heels sounded like gunshots as she walked up the steps and approached the wood door. Even though Tyson has always told her she could walk right in, she’d never felt comfortable doing that. Pressing the doorbell, she waited for him to answer. There was a bit of cussing on the other side of the portal and then the door was jerked open.

Tyson scowled down at her, his chocolate eyes narrowed and his lips pressed tightly together. Shoving the door further open, he practically jerked her into the house. Dacey stumbled a little on her heels, but before she could topple over, Tyson wrapped an arm around her waist and hefted her over his shoulder. He slammed the door shut, slid the bolt into place, and then carried her to the kitchen with a halting gate.

Dacey clutched at his sides, the thin material of his wife beater warm to the touch. His boots scraped against the hardwood floors. Tyson dumped her onto a wooden chair, and she pushed her hair out of her face. He’d made dinner?

“I thought you might be hungry,” he said as he claimed the seat across from her. “You’re too damn skinny.”

Her cheeks warmed, and she looked down at her plate. He’d filled it with fried chicken, mashed potatoes, green beans, and a biscuit. It wasn’t her fault she didn’t have much weight on her. After Carlos would take his cut, she would be barely left with enough to keep the utilities turned on at her trailer. Thankfully, she owned the rusted piece of crap, so she didn’t have to worry about rent, but running water and electricity were necessities, as was the small window unit she had in her living room.

Dacey took a hesitant bite and then closed her eyes as the flavor of the crisp chicken exploded on her tongue. She couldn’t remember the last time she’d eaten anything so good, and she wished the moment could last forever. Her stomach rumbled in appreciation as she took another bite, chancing a glance at Tyson. His mocha skin looked even darker against the white tank.

“You didn’t have to make me dinner.” She swirled her fork through the mashed potatoes. “But thank you. It’s really good.”

Dacey is a prostitute and Tyson is her client but at the beginning of this story it appears that Tyson wants more. Dacey is interested but she has a pimp that won’t let her go. Can the injured vet Tyson save her? It doesn’t take long for you to fall in love with both Dacey and Tyson. He lost his leg in the army and he feels ugly and weak. I want to hug him so hard. Dacey is in a bad situation and it’s been horrible since she was seventeen. Their story is both heartbreaking and hopeful. I found myself pulled into this world rooting for Darcy and Tyson. The sex is fantastic! Their romance is sweet and really satisfying. ​ Star Spangled Cowboy is a must read for romance readers!

Two lost souls find love in one another. Tyson and Dacey are both alike in ways. Both have a hard day to day life due to their past. These two find love with one another and help each other heal themselves. this was a sweet and touching story.

Cowboys Mine by Stacey Espino

I'm Your Man by Paige Onsen