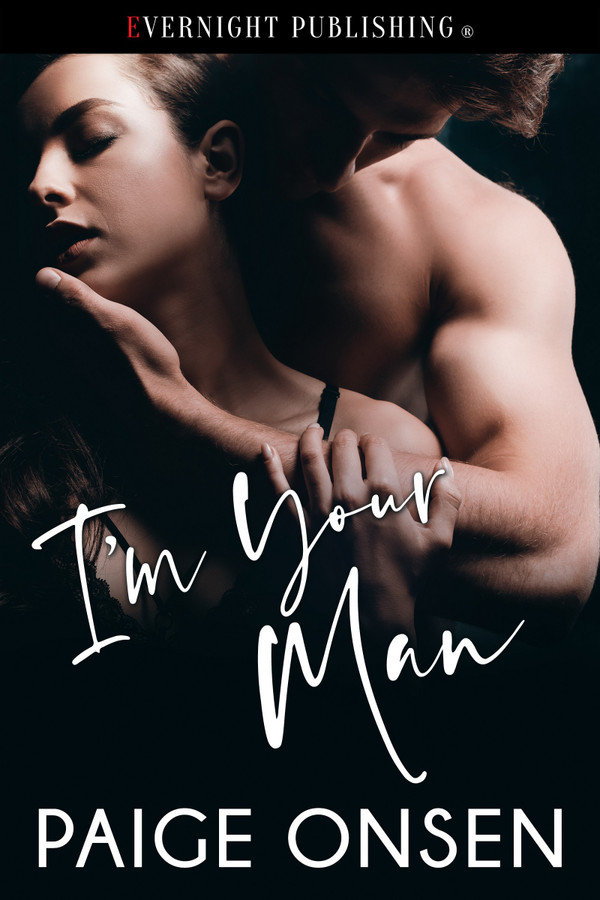 When Rhea gets stood up by her best friend before an important doctor’s appointment, she rushes to her car in tears. There, in the parking lot, she is met by a gorgeous man on his motorcycle. While he tries to help her feel better, she doesn’t give in. She doesn’t trust men. She never has.

Jason isn't the kind of man to give up. His charm and tenacious spirit win Rhea over when he brings her to Hawaii and teaches her how to surf, cook, and kiss like she’s never kissed before. Jason is truly the only man for her—until Rhea finds out about a secret that might ruin what they have and change their lives forever.

There was nothing sexier than watching a man cook. Particularly the man chopping veggies and stirring pans while he had no idea of the effect he had on a woman.

Rhea loomed closer and leaned her elbows on the granite countertop. “So, you really do prepare your own food?”

“Mm-hmm,” Jason answered indulgently. His smile was wide, his smooth, tanned skin stretched over perfect cheekbones. He was a handsome man. Handsome and powerful, standing tall and confident, cutting a myriad of vegetables with his strong, manly hands.

Her heart thumped against her rib cage. With her chin resting in her palms, she tipped her face toward him. “You’re neat. I mean, your bathroom. It’s so tidy.”

Jason straightened, quirking his eyebrow. He held her gaze, his green eyes bright and focused until she looked away.

“It’s almost like you have, I don’t know, a woman in your life who takes care of this stuff for you,” she said with a pang of jealousy that was threatening to eat her insides alive. “Even my bathroom is not that clean.”

A sentiment of distrust crept into her thoughts. She was right. There was a woman in his life. She grinned, but she couldn’t breathe. Why was she feeling jealous all of a sudden? How had Jason managed to become such an important piece of her life so fast? It seemed like only a moment ago she stood frustrated in the parking lot when he stopped to ask if she was okay. A moment that turned into a date and then a trip to a faraway place. And now she was fretting over a woman she didn’t even know.

Her gaze shifted to a pile of cookbooks and her heart stung when she saw the magazine she ripped into pieces a while ago. She picked it up and turned to the page, trying to keep her smile from sliding into a frown. “Who’s Veronica then?”

Jason paused his movements and inhaled a deep breath. “The girl from the photo?”

“Don’t trust everything you read.”

“There must be some truth in here.”

She didn’t look like a mistake to Rhea. Her moist lips pressed against Jason’s cheek, somewhere in the French Riviera, overlooking the endless azure. Ah, no. Definitely not a mistake.

Jason’s gaze shifted to her, and he dropped the knife, reaching for a dishcloth. Wiping his hands, he stepped closer and ran his fingers along her cheek. A strand of hair got caught in her lip balm and he brushed it off her face and tucked it behind her ear. “You have nothing to worry about, Rhea. There are things from my past I’m not proud of. But if it’ll make you feel better, you can ask me anything you want to know.”

She studied him thoughtfully for a moment, then placed the magazine on top of the books and straightened the unruly pile into a neat stack. “It’s fine.”

“And, Belinda takes care of the place when I’m not here. You’ll meet her someday.”

They looked at each other and smiled. Sudden calmness settled on her spirit. It comforted her to know he wanted her to meet the people in his life. This jealousy thing was killing her.

Jason cleared the space on the granite countertop in front of him and reached for the wooden bowl. “You cook?”

At the sound of his words, a loud throaty chuckle escaped her lips. “Sure, if by cooking you mean boiling water in a kettle to make myself some tea. Then, yes.”

“Come, I’ll teach you how to make crepes.” He pulled a jar with flour off the shelf and some oat milk from the fridge.

She was no cook, all right, but weren’t crepes made with eggs? She sure enjoyed watching his skillful hands mix all the ingredients together until they turned into a fluffy, smooth batter that resembled the one she was familiar with.

Mixing the batter, Jason poured some Tahitian vanilla essence into the mixture. He reached out and caught her hand in his. Taking a deep, unsteady breath, she stepped forward.

“Here, cut these.” He handed her a knife and a bowl of strawberries. Once she finished cutting the fruit into even halves, she whipped the batter, stirring it with a ladle.

“Okay, how do I do this?” She held the ladle in her hand, her peripheral vision as sharp as if she had a mirror in front of her. She felt him move behind her, covering her hand with his to scoop up some delicious smelling batter and lift the ladle above the frying pan.

“Like this,” he spilled out in a soft, almost whispering tone.

The heat from his hand burned her skin. Her brain fizzled. His elegant scent mingled with the sweet smell of strawberries and vanilla, making it hard for her to resist it. He was so close behind her, it made her pulse race. There was no way she could learn anything right now. She was the worst student. The one who’d flunk the class without even trying. All she could focus on was his breath on her neck, his large manly hand over hers, and protruding veins on his muscled forearms.

Turning the pan in a circular motion to spread the batter evenly, Jason pulled it a tad too close and his elbow brushed off her right boob. Under that silky blouse, her nipples hardened to stick out against the lace of her bra. Her breath shallowed, and she inhaled again in desperate hopes of steadying the hard thumping in her chest.

“Now flip it.” Jason nudged her to shake the pan.

To her astonishment, she did it well, as if she’d done something impossible. “I did it!” she said proudly, in between bursts of laughter. Her lips curved into a wide smile and she turned to face him. He was right behind her. A bit too close than she had thought. A little more distance would make it easier for her to think. She desperately needed to clear her mind because right now, all she could think of was how badly she wanted to be in his arms, indulging in searing kisses he’d plant onto her skin.