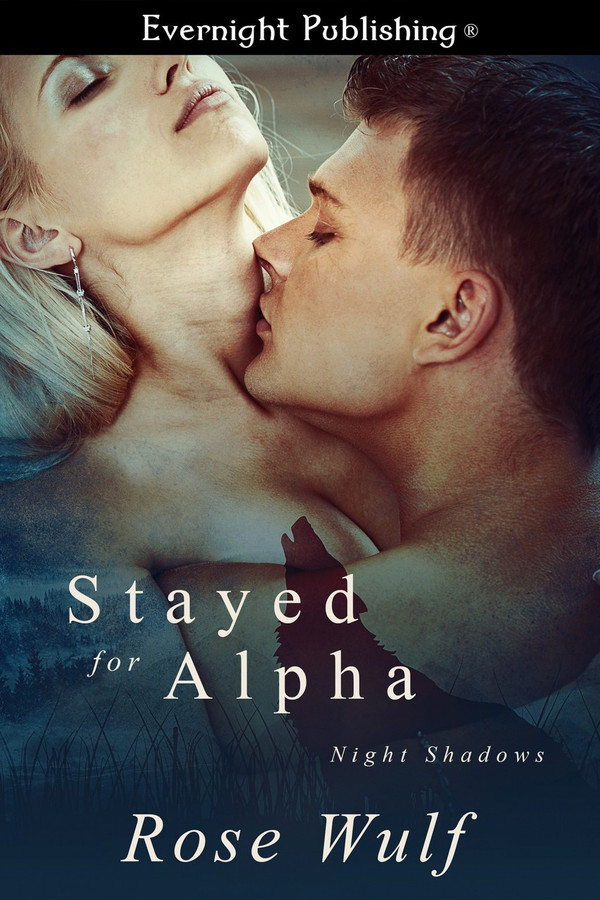 Adam Jefferies is a young Alpha taking a big risk. He wants to set down roots in California—a state largely claimed by the oldest and most powerful vampires. He's going to have to earn his place the hard way.

Whitney King is a Rogue wolf with a single purpose in life: get revenge for the pack that took her in so many years ago. The pack that was slaughtered by a dangerous vampire. She's tracked that vampire to California and she's prepared to risk her life to end him. But she's not prepared to find something worth living for...

When Adam takes Whitney in she says it's temporary. He knows it won't be, but he'll have to show her why if he wants her to stay.

“That smells amazing,” Whitney breathed as Jim angled around the table and set the meat in the middle. She looked like she was practically salivating, and it occurred to Adam that she might not have eaten well in recent days. Or weeks.

How long has she been alone?

“Whitney,” Adam said before she could, with obvious reluctance, turn to follow Samantha back inside. Gesturing to the far side of the makeshift meadow he said, “Come with me for a minute.”

He didn’t wait for her nod of agreement before moving in the direction indicated. He didn’t know if she’d deign to answer any more questions now that food was imminent or not, but he felt compelled to ask them. He wanted to know her story. What she was doing in California, why she was alone, and what she was looking for. Did she want to be alone? She didn’t strike him as Rogue-hearted. But she wasn’t as desperate or transparent as Samantha had been, either.

“Did I do something wrong?” Whitney asked as they came to a stop between two trees. Tugging down on the hem of his shirt, which seemed to still be all that adorned her curvy figure, she added, “I tried a pair of your sweatpants––I swear. The drawstring is too stretched out.”

The image suddenly filling Adam’s head sent a wave of desire through his blood and he bit back a groan. What he would’ve given to watch his pants fall off her hips…

Shit. Managing not to clear his throat like some awkward teenager, Adam said, “It’s not that. I was hoping you might tell me––at least how long you’ve been on your own? When was the last time you ate?”

Whitney arched a brow, her arms loosening at her sides. She lifted her gaze to his and though she struggled, she held it. “Why?”

Something in him stirred at the challenge. She wasn’t vying for his station, but she was vying for dominance in the conversation. If he gave it to her he’d never get an answer. So he backed her into the thick trunk of a pine tree and braced one palm parallel with her ear. “Why not?”

Her breath rushed out of her in a near-silent whimper and she reached up. Whether or not she meant to push him away, Adam had no clue. Her fingers grazed his skin for a moment before her whole palm flattened over his chest. The touch of her skin on his sizzled through him. He sucked in a sharp breath and nearly keeled over from the scent of Whitney’s desire. His free hand lifted, fingers brushing stray wisps of platinum hair from her cheek, when reality jarred his focus back into place.