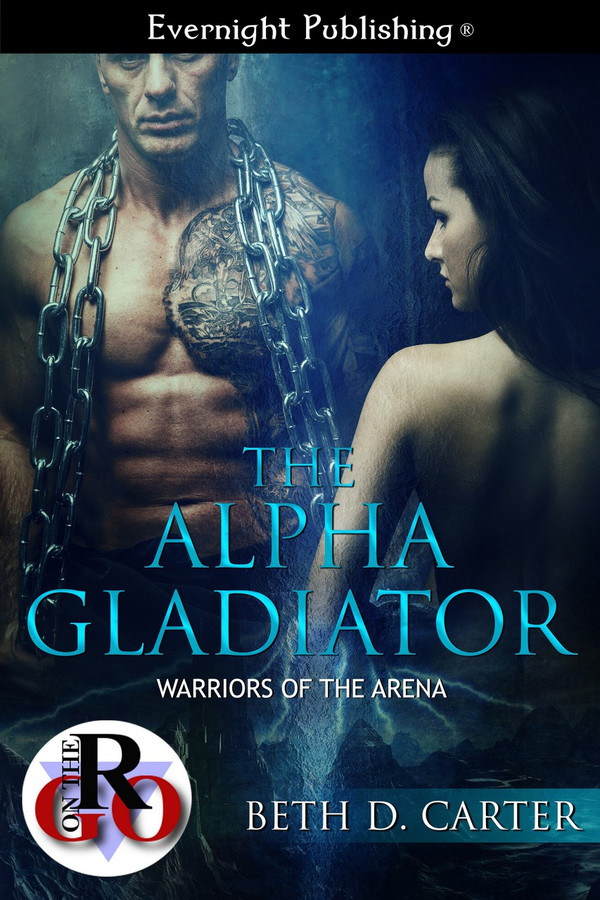 Warriors of the Arena, 1

Ravage is the fierce Alpha of his people, the Lycans. During the mating celebration, while their guards are down, his people are attacked and twelve are captured for the gladiator games of Kappuah, including Aleirah, the woman Ravage wants above all others.

He tries to resist, but he’s unwilling to see his men and his female harmed by the ruthless tyrants of the game. He must make the ultimate sacrifice of taking lives if he’s to protect his people.

But there is one secret no one knows, and Ravage is more than willing to show how some myths are based in truth, by letting his inner wolf come out to destroy all those who enslaved them.

“I remember you from when we were children,” he murmured.

“I remember you too,” she said softly.

He grinned, pleased with her answer.  She may deny that she wanted to be his mate, but the pheromones coming off her body indicated otherwise.  Aleirah found him desirable.  Whether or not she wanted to be his mate, her body had already begun changing to accept his claiming bite.  Now, he just had to get her to admit it, and he wasn’t above using seduction on his part.

He halted her by a big tree and pulled her around to face him.  He tilted her face up.  Even though he couldn’t see her in the absolute darkness under the branches, he traced her face with his fingertips.  Her breath hitched. A heady aroma wafted from her, not a true scent but one layered under the pheromones. Her arousal had spiked. He pressed his cock between her thighs to let her feel how hard she made him.

“Aleirah,” he whispered, a moment before he bent his head and captured her lips with his. One hand came up to hold her immobile while the other swept around her waist to pull her close to his chest. Ravage slid his tongue into her mouth to twine with hers, jolting a salacious moan from her.  She tasted like ambrosia, addictive and sweet.  When he broke the kiss, they were both panting.

“I want you,” he managed to say, although it was difficult to talk when his wolf clamored to take over.

“Yes.” She gasped and pulled his head back to hers.

This was a really nice short story that gave you action, passion, and a HEA all rolled into a little over 13,000 words. This is the story of Ravage and Aleirah who during a mating ceremony are taken from their home planet along with twelve of their fellow pack mates. They are captured and placed into the gladiator games of Kappuah to fight for their freedom. Ravage can’t and won’t allow his mate and his people to fall prey to these barbaric games. Ravage and Aleirah have been in love with each other since they were young but something is holding Aleirah back from completing the mating with Ravage. During their time together Ravage takes her and makes her his if only in body, he knows he will have to work hard to capture her mind and soul. While captured Ravage comes up with a plan that will free his people and destroy those who have hurt them and took them away from their loved ones. Aleirah fights every step of the way and knows that Ravage will always have her back even if she doesn’t understand his plan. I give this book 4 diamonds, I enjoyed this short book and wished it could have been a little longer so we could create better character development and learn more from the world that was created. Get your copy at Amazon or at Evernight Publishing.

The story was different and I loved the idea of a gladiator type battle I just wish the story was a bit longer.