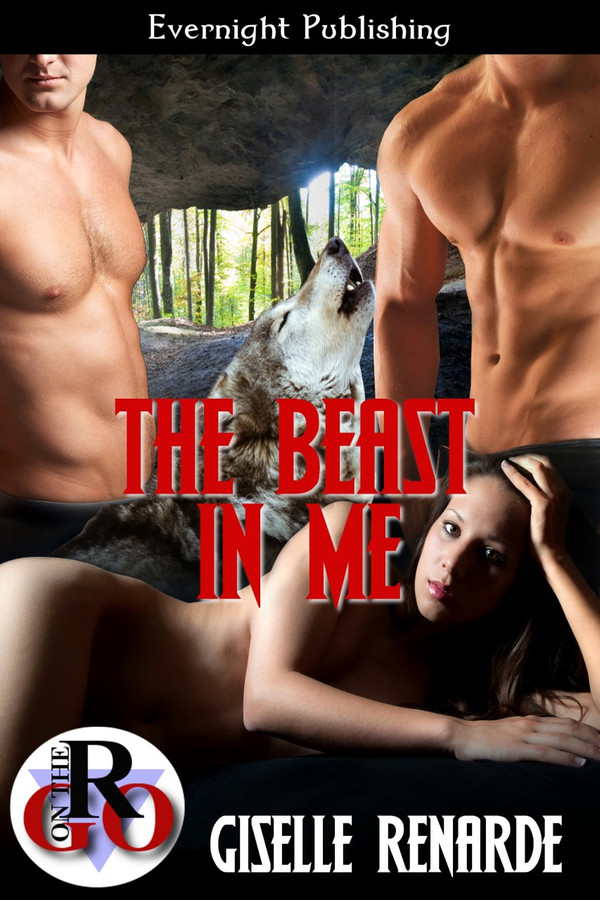 Sarah doesn't have much in common with the other girls in town. She's never even kissed a boy… until the evening Anderson walks her home. Over time, Anderson presses her for more than just kisses, and on the one-year anniversary of their first kiss Sarah might just give in to his whims. But the woods are dark at night, and there are creatures about, howling in the distance.

When Anderson is accosted by a wolf under the light of a full moon, will Sarah save her beau? Or will she be caught in the crossfire? And if she survives the attack, will life ever be the same?

I remember the smell of autumn leaves, of dank and meat and fire.

I remember the smell of wet dog, and sneezing so hard my head rang like a church bell.  The pain shot through me, all the way down to my toes.  The damp had found its way into my bones. There was a soup of sorts, fed to me by unknown hands.  I could see nothing.

Snow was the next smell, so fresh it drove out the dog scent almost completely.

When I awoke, there was a man standing over me.  Behind him, two things: light so bright I wanted to clamp my eyes shut against it, and darkness so black it disappeared into oblivion.  As I fixed my gaze on the dark shape in front of me, I realized the blackness was in fact the interior of a cave, and the whiteness was snow at its mouth.

It was wintertime.  I knew little else, but I did know that.

My thoughts were a jumble of half-remembrances.  Some might have been life, some dreams.  I had a feeling I’d dreamed more than lived lately, especially when I realized I had on only a soiled slip under a great heap of blankets. Wherever I was, I’d been there for some time.

I wasn’t afraid of him, because I knew him.  His voice was familiar to me.

“Would you like a drink of water?” he asked.  He took a step forward and I saw his shirtsleeves rolled up to the elbow, dark wool trousers and suspenders.  “I have meat broth warming on the fire.”

“What happened to me?”  I squirmed under the pile of blankets, feeling soaked with sweat and goodness knows what else.  “Why am I here?”

I felt like I knew the answers to those questions, but I needed some clarification.  The man kneeled down beside me, and I felt a smile beam across my face as I realized who he was.

When a girl is pursued by two hunky men, both who happen to be wolves, how does she possibly just choose one? When Sarah decides to let Anderson have his way with her and get beyond the stockings and onto bare flesh, things go decidedly wrong. Anderson takes it upon himself to take her anally and she is not prepared. Feeling very much under attack, she screams and is rescued by a werewolf. When she comes to, she is in a cave and being tended to by the town pastor who has been missing. Lust filled images ravage her mind as she begins to find herself changing in body and soul into a wild creature of the woods. Just as she thinks she has things figured out, some added complications muddy the waters. Where is Anderson? What man will she ultimately give her heart to? What if she chooses both? This story was a Romance on the Go, which I really enjoy for the short lunch break size books. Quick and to the point with spicy storylines, these books are perfect for busy women with not as much time as they want to read the sexy stories they crave. This book is a good addition to the line, but I had a few issues with some of the echoing throughout the story. The same word was used repeatedly within close proximity and it was a little distracting. The characters were not ones I would normally warm up to just by the way the story was written. There was a distance between the reader and the players in the book that I don’t usually find with Giselle Reynard. There is a particular scene that could be a trigger for victims of sexual violence. Anderson basically tries to rape Sarah anally. She is expecting consensual vanilla sex and is really unprepared when he violently goes for the wrong orifice. It was a little disconcerting. Was I supposed to vote for him as the hero or not? Not after that. When the werewolf saves Sarah and carts her away, I felt better. Maybe this was our hero. Then he is accused of murdering her father. Hmm. As I read further, the animalistic side of Sarah begins to emerge more and more and her carnal desires bubble to the surface. She tries to stop both men from killing each other and as the hunger for blood turns to lust for the flesh, she ends up in a ménage that was very steamy and ice water inducing. Any time I read a book by Giselle Renarde, I look for the extreme detail she layers on with culture, speech and setting. This book had a timeless quality that felt like the present, but really could have been any time within the last seventy years. It had a flow, once you got past the echoes and the disconcerting feeling about not being sure who the hero was. The sinfully delicious werewolves delved deep into the fantasy of ménage and were very inspiring. If you enjoy a short tale about a woman who just can’t give up one man for another and loves a bit of howling love in the moonlight, then this book is for you.