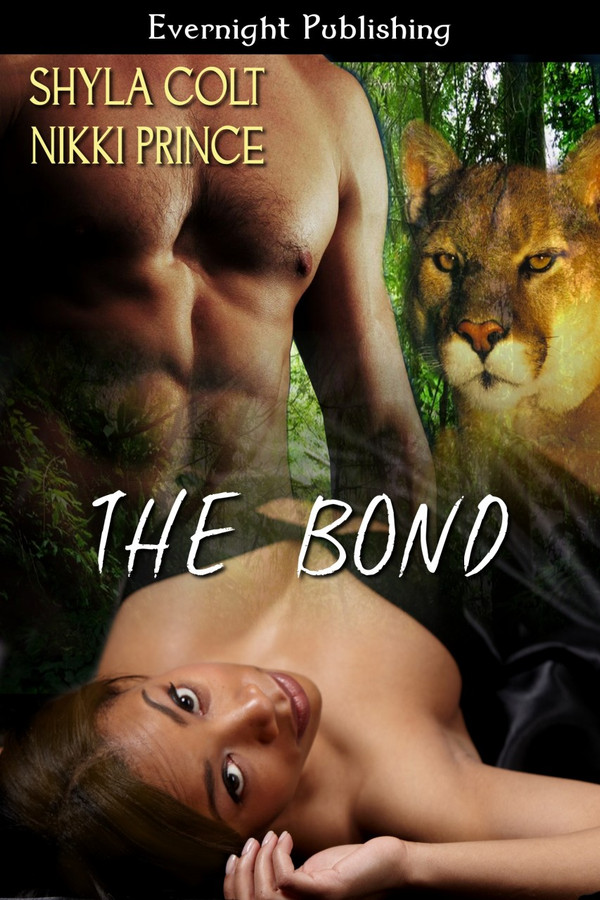 Sanura Bast is willing to risk everything to keep her Pride of Pumas safe from Logan’s scheme to sell their land off to the highest bidder, including masquerading as his fiancée. After almost a year playing a role that disgusts her, she gets the intangible proof she’s been looking for. Desperate to end the charade, she turns to her ally, Rafael.
Banished for losing his control with a human, Rafael’s been looking for a way back to his Pride and to Sanura ever since. The woman set his blood on fire before she was old enough to accept what he wanted from her. Together they plot to stop Logan before he becomes chief, and now she has the proof they need to save her Pride. With that goal in sight, Rafael is ready to take what’s always been his and claim Sanura as his own.
Excerpt:

Sanura studied herself in the mirror, immediately recognizing the hunger that lurked in the dilated depths of her hazel eyes. She freed her hair from its elastic prison, pleased by the golden highlights brought out in the auburn tresses that fell to her shoulders. A lady wanted to look good for her gentleman, no matter what the circumstances. Blood filled her face. Desire stirred once more at the thought of an able-bodied male. There was no use denying she’d reached the pinnacle of her cycle.

The circumstances that had brought her to this point were daunting, but the meeting she’d set up for the evening would hopefully end all that.  It angered her that the archaic tradition of the Pride choosing mates was still in place. If she hadn’t been engaged they would’ve forced her to bond with him. There was a big difference between mating and bonding, sort of like comparing fucking to marriage.

If only she could solve all of this by riding out her cycle, literally if she had anything to say about it, and go back to her Pride a single woman once more in control of her destiny. A soft groan escaped parted lips as her need increased. The intense arousal moved through her body, as if to mock her train of thought.

Bracing her weight against the sink, she gripped the edge of the counter as she fought to tamp down an orgasm. She’d waited as late as she could to get to the hotel, because she was afraid of being trailed. Now the fire that burned inside her needed to be extinguished. Her nipples peaked beneath the comfy black track suit, and her panties grew damp from the abundance of cream she produced. A small moan escaped, and she willed him to arrive and soon.

This was what the Pride’s shaman had warned her about. Unlike the other females in her Pride, her breeding cycle was very unique. As the daughter of their Chief, she was the only alpha female in her Pride. When her cycle came Sanura had to mate with an alpha male to end her heat. This was fine, until the Pride had decided it was time for her to bond and determine the next in line for Chief. Bonding for her people was different from most. For them it was a choice, not a biological response. The sharing of souls was a deeply spiritual experience she refused to have soiled by Pride politics. Her father would be upset. But he loved her. Eventually he’d get over the fact that she’d thwarted his plans to choose her path for her. Especially, when he found out about all ofLogan’s lies.

Another wave of desire threatened to buckle her knees, shattering her thought process. I can’t even be out in public like this. Thank God, she was in her room right now. Sanura attempted to redirect her thoughts and failed, biting back a scream as her body shuddered and the wave began to build once more.

Her gaze was drawn to the bed where a night of passion would provide her with freedom she craved. No one else seemed to understand her urgency. Her sensitive nipples rubbed against the fabric of her bra. She gasped, and she sprang into action. Kicking off the black sneakers and socks, she slipped out of the track pants and white tank top, leaving the pieces where they fell. She had to come, even if it was by her own hand. The door opened with a soft click, and her breathing quickened. He was here, moving toward the bathroom by the sound of it. Fuck! There’s no time to get dressed again.

His scent ensnared her, musk and forest pines blended, throwing her heat into overdrive as it tickled her nostrils. Her gaze was drawn to the doorway like a magnet, and she watched him approach, his broad body shrouded in shadows. Anticipation ran rampant. He was about six two with long silky black hair, copper-toned skin, and eyes that mirrored a dark abyss. Rafael looked like his Native American ancestors. An unusual blend of Latin and Native American the man turned heads wherever he went. As he entered the bathroom he held up his hand to show her a red blindfold.

“What’s that for?” she whispered.

“For you, of course. I can see that you almost started the party without me.”

“No, you need to go back into the room. Let me dress so we can talk.”

“We’re not going anywhere until I claim you as I should’ve a long time ago.”

He moved forward, and she could see the intent in his eyes, the blindfold still dangling from his fingers.

“No, no excuses. I’m going to show you what it’s been like to wait.”

Pleased she offered him her back, turning away from the mirror. He pressed his body against her. The feel of cloth covering her eyes was so sensual it made her shudder. The red cloth stole away her vision, and her heart thudded in her chest. Her ears twitched, and her nostrils flared as her other senses heightened.

His body was firm and tight beneath his layer of clothing. The bulge in his pants nudged her back, making her wonder if he’d planned this all along. His teeth grazed her neck, and all thoughts fled. A low mewl of pleasure released from her throat. She reveled in the relief from the burning heat that swamped her body.

I so enjoyed Ms Shyla Colt and Ms Nikki Prince story about true love conquers all....Sanura was willing to risk her life to find out the truth behind what was happening in her pack (Pride of Pumas)...She acted as the loving fiance to an evil man (Logan) while she stayed connected and worked with her true mate/love (Rafael). With the help of Rafael (her true mate) a man that was banished from their pack because of lies, Sanura was able to save her father and her pack from deadly ties. Together, they make the pack stronger then ever and bring it into the twentieth century ...This story was awesome and I am hoping there is a sequel because their love and union was phenomenal and I would love to see what happens next with them and their pack...

The Surrendering by Shyla Colt