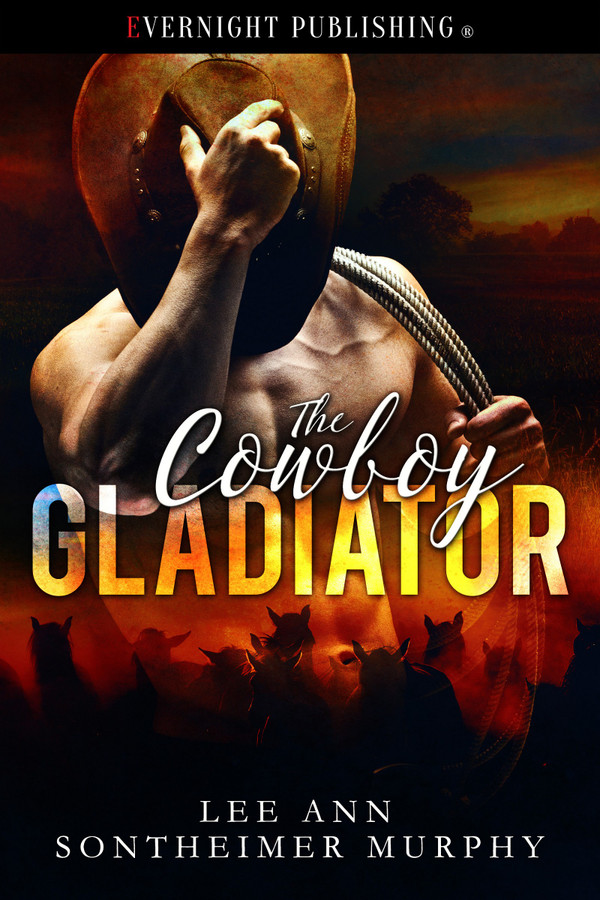 After a near fatal rodeo injury, Asher McCard is determined he’ll ride again and compete, especially now he’s decided that cowboys are modern day gladiators. His fiancée, Charlotte, doesn’t agree and she breaks their long engagement. As he gets back in the saddle, Asher is out to win back Charlotte as well as his manhood. When he learns she’s carrying his child, it’s not enough to change his mind but when the first rodeo of the season proves deadly for another rider, it’s a game changer for Asher. His priorities shift toward marriage and familyif Charlotte will agree.

Charlotte laughed. “No, the chicken and dumplings are simmering on the stove and the biscuits are ready to go in the oven but it’s still early.”

“I don’t want or need a nap.” He did but he’d be damned if he’d take one because he refused to yield to any level of becoming an invalid.

“I wasn’t suggesting we sleep.”

That roused him out of drowsiness and brought a grin to his face. Since she’d handed back his ring and broke off their engagement just after Christmas, she hadn’t let him do more than occasionally kiss her. Prior to that, while he was recovering, she’d been skittish about sex, worried the act might add to his damage. He craved intimacy and although he should, Asher knew he wouldn’t turn her down.

His bedroom overlooked the front yard and the road with three large windows that stretched floor to ceiling. Asher slept in the heavy iron bed where his grandfather had been born. He’d painted the iron black and added a new mattress and box springs to make it comfortable.

Asher opened his arms to Charlotte. He held her close for a few long moments, then he kissed her, his mouth gentle and searching. For once he didn’t worry about his missing teeth, casualties of a bronc ride gone bad. Her lips responded to his with a warmth he shared. Charlotte rubbed his arms with her hands, stroking and searching, then undid the snaps on his shirt. Asher pulled it off, still kissing her, then paused to remove his jeans. Beneath them he was commando.

Charlotte slid out of her garments and he held her in his arms, his slow hands caressing her body. Asher didn’t hurry but savored each caress. He enjoyed the way Charlotte touched him, with gentleness and yet a soft sensuality. She rubbed his healing shoulder with extra care, then kissed it, then used her mouth to plant small kisses along his throat.

His body tingled with anticipation, skin sensitive and cock responding to her need with his want. Asher traced her lips with one finger, then nodded his head toward the bed. Charlotte turned back the chenille bedspread and lay on her back with her legs to him in invitation.

Asher settled into place, then entered her, claiming what she offered. His dick fit into her space as if it had been made for him alone. He went deep, then worked up and down in age old rhythm, each stroke delivering a powerful rush of pleasure. As he welcomed the physical sensations, Asher took the most delight in the shared love. When they were as one, he knew the power and the scope of their love. The emotion was still there, hidden beneath the surface. It remained a tangible thing he could touch and feel, a force that made him forget for the moment his aches and ills.

At times he railed against his infirmities, wondering if he were less a man but with Charlotte, he lost all doubts and was a man, fully and without doubt.

He rode her like rough stock, mastering her as she conquered him. Unlike a bronc, she didn’t fight against him as they worked in tandem to reach the ultimate release. Asher could feel it building, the thrill a wave of delight. When they came, they came together in a feverish rush of joy that wiped away everything but the two of them together, joined in a moment where nothing else mattered.

I just finished reading &quot;The Cowboy Gladiator&quot; and LOVED it! I highly recommend it for everyone who enjoys a fast-paced adventurous romance with a few twists. Asher and Charlotte&#039;s journey wasn&#039;t easy, but it was exciting!