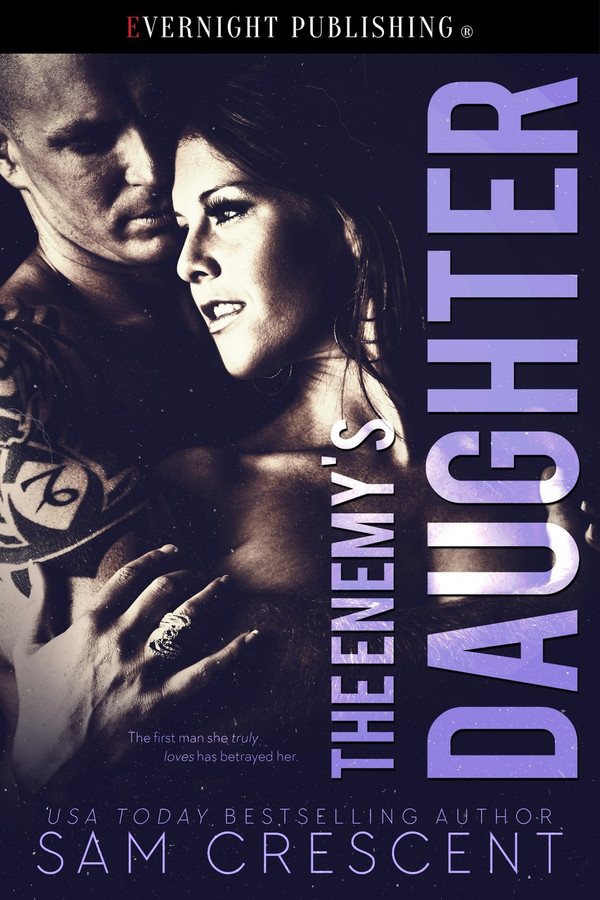 Alaric Patterson is a powerful man, but he has just lost the most important deal of his life to his long term rival. Alaric is tired of fighting, so he comes up with a plan. His enemy has a daughter, a very plain woman. Alaric is going to find her, make her fall in love with him, and then he’s going to break her.

Bella Reed works at a veterinary practice, and when an older man brings in a cute pup, she does whatever she can to help. Still, she’s a little taken aback when that same man wants to take her out on a date.

Before long she has accepted a date, and then another, and another. Little by little, Alaric gets to know the woman he intended to hurt, and he can’t do it. He’s falling in love with her, and Bella is falling for him.

But—he has lied to her. She doesn’t know his real name or the truth, and there’s nothing he can do about it. He’s stuck.

The moment Bella discovers the truth, she is heartbroken. The first man she truly loved has betrayed her. It takes an unlikely source to show her that sometimes love is about second chances, about forgiving, and about never living a moment filled with regret.

“You shouldn’t say that,” she said.

This didn’t happen to women like her. Men never tried to take anything from her.

“Actually, how about this?”

Before she could react, his lips slammed down on hers, silencing any other protest from her. The hand on her cheek moved to the back of her neck, and she gasped. Blue took the advantage by sliding his tongue into her mouth. Placing her hands onto his chest, she went to push him away, but why? His fingers sank into her hair, holding her in place, and Bella kissed him back with a passion that surprised her.

“You taste so good,” he said, muttering the words against her lips.

In all of her life she had never kissed a stranger. Never wanted to.

Her pussy was slick and her tits so hard.

Need consumed her, and she wondered if her friend Rebecca had been right. She really needed to get laid.

“Is that what you want to do?” he asked. The hand in her hair moved down her body to cup her ass. “There are a lot of other things we can do.”

Temptation was an ugly, ugly thing.

She hadn’t been with a guy in over three years. The last one she had dumped when she’d found him screwing one of his friends in her apartment. The bed with all the covers had been dumped, and a new one delivered the same day. She had expected him to be cheating, and since then, she focused on other things in her life, her job at the veterinary practice being the main one.

Throwing herself into work had been the easiest for her.

Blue teased the edge of her dress.

“I’m going to make this easier for you,” he said.

He pressed her up against the kitchen counter, and in one swift move had her sitting right on the edge. No thought came from her as his hand slid up the inside of her thigh, touching her pussy.

This book was another great page turner from Sam Crescent. I loved that this one had loads of hot sex, but at the same time it was simply an old fashioned romantic love story. That gets to me every single time. Sam Crescent had captured my interest from the first page until the last. Alaric Patterson was a powerful man who couldn’t stand losing a deal to a business rival. He hatched a revenge plan to seduce the man’s daughter and then break her heart. He didn’t count on falling in love and then seeking his lover’s forgiveness but that was exactly what happened. Now, I loved both of these characters even though Alaric started out as a cold hearted player. Bella followed the usual playbook for this author. To use her own words she was chunky, but Bella was happy with herself. She was sweet, funny, and actually had some attitude. She didn’t let Alaric get away with anything. On Alaric’s behalf he hated lying to her almost immediately. He was just afraid to tell her about his deception and then Bella inevitably figured it out anyway. Sam Crescent definitely knows how to write an emotional story and make it sizzling hot as an extra bonus. This book was a fantastic short romance that I was able to read in one sitting. It was fast paced and well written. It even introduced Alaric’s partner who was having some woman troubles of his own, so he’s probably getting his own book. I’m always happy to get more books from this amazing author.

Ms. Crescent tells a fantastic story about greed, pride, pain, and heartbreak. Alaric is the ultimate rich bachelor who only counted his money and cared about what he could do with it. The events which occur through the book are cringe worthy because from the first words out of Alaric’s mouth you just knew he was going to regret every one. The story-line is epic and I love how Alaric’s experiences in business have colored his life to the point of distorting life, honesty, and love. I highly recommend you pick up The Enemy’s Daughter and discover if Alaric learns what true love and forgiveness is before it is to late. Ms. Crescent does not disappoint.

Sam Crescent never fails to deliver a great read. If you are looking for a new author, I would pick any of her books.

Wow Bella was a sexy surprise!! I love dirrty she turned out to be!! Alaric was a hot yummie ride too! I was a little iffie about the age difference but still truly enjoyed Bella and Alaric&#039;s story!! Truly happy Bella disnt just roll over and accepted Alaric&#039;s apology!! I soo called Jackson and Rebecca... It honestly felt perfect lol I hope we get Rex&#039;s story too! As always... Sam Crescent gives us another awesome read with The Enemy&#039;s Daughter!!

Great story. Loved it. Alaric and Bella are great together! I love handsome older men younger women stories I would love to get a book about Rex and Nora. Any chance that&#039;s happening?