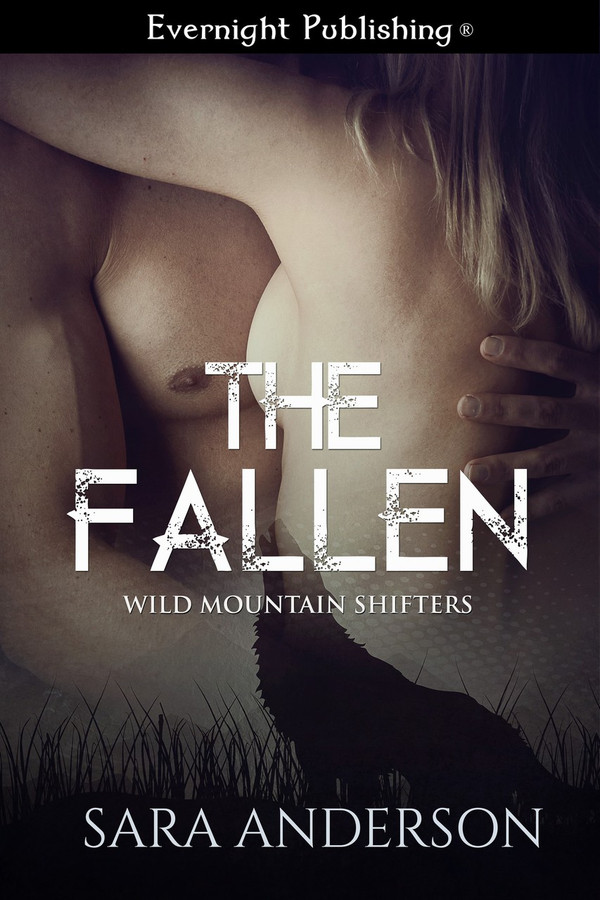 Jennifer McCallen is gathering evidence against her private investigator boss, Josh, who is suspected to also traffic drugs and girls. While working on a case of a missing child, Jennifer meets Lucas Dalton. He is cold and hostile to Jennifer, but under his hard exterior, she sees a man in pain.

Lucas, a fallen guardian, has thought about nothing but revenge for his murdered mate, Allie, until Jennifer McCallen came into town. He tries to shove her away, but the more he tries, the more he wants to claim her.

When Jennifer leaves, Lucas is sure she will go home to her life and live happily ever after. Then he learns that her boss is working with the man that murdered his mate. Lucas goes after her fearing she is in grave danger, terrified he has only condemned her to the same fate as Allie.

Jennifer stopped in front of William’s Antiques and resisted the urge to go in and buy some of the pieces she saw in there. There was a Tiffany lamp with a dark wood end table she knew would look lovely in her bedroom.

In the reflection of the glass she saw Lucas standing on the other side of the street, looking at her. He was tall at almost six foot, maybe just a bit over. He was taller than she was, but he didn’t tower over her. He was tall enough that she had to crane her neck back to look into his eyes. She had guessed how tall he was as she still able to dominate her five foot seven inch height when they were up close together recently, just before he pulled away and had left her hanging.

His black hair fell just above his shoulders, and covered his eyes when he let it fall forward. He had thick muscles in his arms and chest. She assumed the rest of his body was just as muscular, but his clothing masked his muscular body. She could see his black boots that looked like they were pull on instead of laces or zipper. Her eyes fixed on his refection in the glass, and she got the feeling he was staring right back at her through her reflection.

As usual when she looked at him, she felt her libido tickle to life. She wanted him more than she ever wanted a man before. She blinked and hoped he would come over and talk with her. The way he made her feel by just looking at her made her feel alive. Her heart sped up as she stared at him. She knew she should stay away from him, Travis had warned her that he was dangerous. Looking at Lucas when he didn’t realize she could see him, she didn’t see a dangerous man. She saw a broken man that used that gruff exterior to keep people away. “Who hurt you, Lucas?” She spoke barely above a whisper, but his head tilted slightly to the side then he took a step towards her.

Jennifer turned around to watch him walking towards her. She could feel her breath coming in short, fast pants, and her heartbeat pounded in her chest as he crossed the street, keeping his eyes locked on hers. He stalked towards her like a predator, and shimmering in his eyes was the hint of a dangerous and deadly man. He walked until he stood right in front of her, and she had to look up to see his eyes. Being this close to him, she could sense the danger in him even stronger. Still she was not afraid of him, she was even more aroused than ever. She smiled at him for a moment then said, “Hi.”

He stared into her eyes, regarding her. He seemed to be searching for something. “What is it about you that I can’t stay away from?” Lucas asked with a raspy almost harsh tone.

We&#039;re back to one of my very favorite shifter series. Sara Anderson writes an intriguing world where shifters have their own community and share it along with other mystical beings. Of course, the males seem to always be very alpha, and very much, in charge, especially in the bedroom. All that&#039;s missing is their own kink club. This book is about Lucas. Lucas was the bad boy in the first couple of books, he&#039;d lost his mate when humans were experimenting on her, which gave him an intense hatred of humans. He also mistakenly kills another human when he thinks she&#039;s the one who killed his mate. Turns out she was a twin, and Cassie&#039;s best friend. But we find out he was under another&#039;s influence, so after being outcast, he&#039;s now back and asked to be beta for the territory. Human Jennifer works for PI Josh, who&#039;s in to all sorts of nasty things. Before she quits, she makes sure she gets proof and plans on giving it to the proper authorities. She and Lucas have been staring each other down since she got into town. After an explosive meeting, he allows her to leave town. But Jennifer could be walking into a trap, and it&#039;s up to Lucas to save the woman who could be his salvation.

Lucas is a fallen guardian of the Wild Mountain Shifters whose very focus is revenge for the death of his mate. It has been his sole focus, but a visitor to his small town has changed his point of view. Jennifer McCallen gave up a job in law enforcement to go to work for her boss, only to find he is not the man he appears to be. Now she is working to gather evidence on his misdeeds. She has all she needs, but before she can get away, her world is opened up to include a new reality which just might kill her. Lucas feels he is a danger to Jennifer, but little does he know she brought the danger to town and he just may be her only salvation. The lives of these two individuals and those of everyone in the small town of Pleasant Cove are about to change. The character development and continued storyline were perfect. The reader never feels lost to the story, even though the storyline continues from the previous books. Lucas&#039; character appears to have been a different man in the previous books, but his transition to a changed man is handled successfully. I enjoyed reading The Fallen and the writing of Ms. Anderson is entertaining. - See more at: http://www.coffeetimeromance.com/BookReviews/thefallenbook3bysaraanderson.html#.VvulVMK0Opp

Ever since I read about him in the first book of the series, I&#039;ve DESPERATELY wanted Lucas to find some sort of redemption. He spends the whole series up til this point trying to dig himself out of a hole and it&#039;s difficult not to feel sorry for him in spite of his past. This book was intense and fantastically written. I would highly recommend it to anyone that loves action packed story lines with drama, hot sex, shifters, and ridiculously great world building!

I received this book in exchange for an honest and unbiased review. Sara Anderson has repeatedly shown me Hot Steamy Characters with Dimension. Her people she has created live in a world full of other world beings and yet gives the illusion of reality. I was at first convinced I hated Lucas in the first book. Then I felt his pain in the second book and wanted to help him heal. But it is in the third book of Ms. Anderson&#039;s Wild Mountain Shifter&#039;s Series, The Fallen that we get a chance to see why Lucas was so hated in the first book. And why his pain scorched you in the second on. We feel his heartache and desolation over his lose of his mate Allie and see the road he travels in his quest to heal. It takes the monumental feat of learning to trust just one Human to pull him into the healing process. When He realizes that he needs to protect Jennifer he gets his second chance at love. There is a steady but fast pace to the story with enough mystery, drama, and intrigue to keep even the most restless person enthralled. I loved the story Lucas was given and I believe that this book gave him his HEA in a positive and soul stirring way. 5 Stars all the way from me! A must read for all lovers of paranormal romances with a side helping of intrigue.

What can I say? I&#039;m a sucker for the intense and misunderstood. Lucas is both of those things and doesn&#039;t believe he deserves redemption at all, never mind a second chance at love. Still, he just can&#039;t stay away from Jennifer, who sees something in Lucas despite being warned that he&#039;s dangerous. Lucas is hot, hot, hot, and since I can&#039;t climb inside this book and run her off (so I can have him for myself), Jennifer is just what he needs. Evil wants to keep them apart, but when Lucas loves, he loves hard. This is an excellent story and I was sad to see it end.

I was given this book in exchange for an honest review and honest I will give.. How many of times do we as people judge other people because they act mean or bitter. Lots! The truth is sometimes there is something behind all the exterior protection. That is the story with Lucas, he lost more than what one normal person could bare to lose. And the hits just keep coming from all directions except from Jennifer. She saw through all that stone, straight through to the slowly healing pain. When Lucas lost Allie he felt nothing would ever be right and that he definitely didn&#039;t deserve to be happy ever again. But Jennifer raises his wolf and other things. But like Allie she is in danger, from a man named josh. Lucas will have to overcome his fears and pain, plus allow the love that standing there for him to grab, to save the woman he loves. His second mate... Will Lucas give Jennifer the chance to heal his heart? Is Jennifer truly in danger? Will Lucas be able to save Jennifer? Will they give love a chance at the end? I promise you won&#039;t regret getting the book.

I&#039;ve been dieing to finally read about Lucas and it was as Amazing as I knew it would be! Just from hearing about Lucas in book 1 &amp; 2, I knew his story was going to be the best. This poor guy has suffered such tragedy and feels worthless. But little does he know that their Goddess illethyia has an epic future for him. This was definitely my fave in this series so far. Such a great ending and cannot wait to find out what happens to Mandy.....AMAZING JOB ONCE AGAIN SARA!!!!!!!!!!!! now hurry with book 5 lol