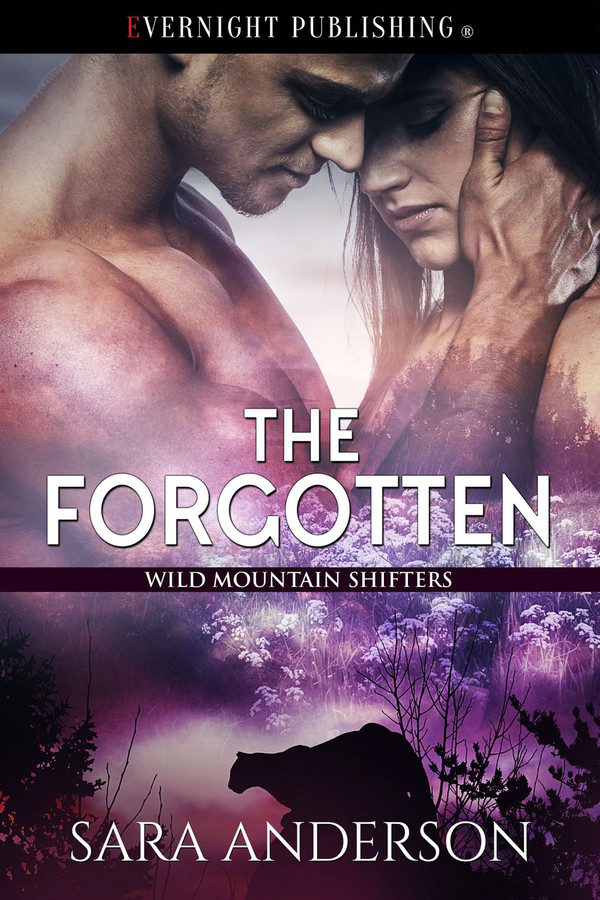 As new adults Travis and Rebecca had intended to mate, but her father sold her to a violent cult. Now an evil, sadistic “husband” has left Rebecca broken and scarred, but just when Rebecca has given up hope of ever escaping, a lost cell phone gives her one last shot at freedom.

When Travis believed Rebecca was dead, he threw his life into protecting shifters. As an enforcer, Travis hunts down and eradicates threats to shifters, but while investigating a cult, Travis finds the one woman he ever loved.

Now that Travis has found Rebecca, he has to get to her in Texas, and time is running out. Just as he has found her, he may lose her again, forever, because while her “husband” in the cult never loved her, he will never let her go alive.

Rebecca checked herself in the mirror. The cream-colored lace robe did more to show off her body instead of hide it. The lace was translucent and barely covered her ass. When she bent over it rode up just high enough to show off her backside. The front tied closed, but it didn’t close completely. It was more of an accent to her breasts than any kind of covering. With a grin, she strode back into the kitchen. She casually tossed the salad. She heard Travis’s footsteps, and then they stopped. All she heard was his breathing, and she grinned. He noticed her, just like she wanted. Now she just hoped she got him to see her the way she wanted him to. As a strong woman he’d want to take to his bed.

“Rebecca?” Travis’s voice sounded strained as if he was having trouble maintaining control of himself. Good. She wanted to be the reason Mr. Control lost it.

Rebecca turned around, and her gaze went right to the bulge in his pants. Yeah, he noticed her all right. “Hello, Travis.” She winced inwardly, wishing she sounded more confident.

Travis’s pupils dilated as he stared at her. “Rebecca, what are you doing?”

Rebecca felt her heart pounding with a mix of dread and excitement. The voices that condemned her as a whore were there, but so was the voice of reason her therapist had helped her find.

“I am trying to seduce you,” Rebecca said, wishing her voice didn’t sound so breathless.

Travis backed up a step. “Rebecca, you don’t know what or who you’re playing with. I am not a good man for you. I am far more dominating than when we were kids. I can have straight sex for a while, but the dominant side of me will start to come out, and I will do things that scare you. You need gentleness right now.”

Rebecca couldn’t help but grin. She knew how dominant Travis had become in the last ten years, but now he was acting like a cornered mouse. He still wanted her though. His arousal was evident with the large bulge in his jeans. If it had vanished, she would know he wasn’t interested, but he looked bigger now than he did before his shower.

“I know who and what you are, Travis, and what I need is you. I know you’re a Dominant man who likes to be in control. You like tying up submissive women and spanking them.”

Travis eyes grew larger, and his hands fisted at his side.

“Katrina and Euryale told me, and I read books about Dominance and submission.”

“Fuck. I should have known.” Travis ran his hands through his hair. “Rebecca—”

Rebecca fell to her knees like the photos and videos she’d seen online, and the books described. She wasn’t graceful like she saw on the YouTube video, but her amateur action cut off Travis before he could reject her.

“Please, Travis,” she said while keeping her eyes on his feet. She couldn’t remember if she should be talking or not. Some of the books she’d read said no, but others the subs did talk while kneeling. It was hard to know what was real and what was fiction. “I have feelings for you. I don’t know if it’s because you saved me or if there is something between us. I only know that I can’t stop thinking of you. If I am too bold, I am sorry, but I’ve lost enough of my life. I don’t want to lose any more to my own fear and insecurities.”

Travis didn’t say anything for a while, and Rebecca was sure he would walk away. Her heart started to sink. Did Travis realize how long it had taken her to work herself up to this? She’d wanted to do this for weeks, but she couldn’t overcome the fear. If Travis rejected her, she’d never work up the courage to try again. She closed her eyes and felt tears forming as she heard footsteps. He was really going to walk away.

It will be okay. I still have my sister and my friends. Surely, there are other males out there.

The thought of any other man made her feel cold. She didn’t want another man. She wanted Travis. It seemed he didn’t want her though, or so she thought. Just as despair settled in her heart, she felt his hand on her head.

Travis tipped her head up. “Rebecca, look at me.”

When Rebecca opened her eyes, she saw Travis’s eyes were dark and his face didn’t show rejection but lust.

If I haven’t said this before, I absolutely love Sara Anderson! This is one author whose books I get excited over scheduling, and since I haven’t done reviews for the first 4 in the series, you can bet they are coming. Sara has a way of sucking me into genres I usually don’t read. First, It was her sci-fi series, I hadn’t liked sci-fi until I had read her series and then I read it twice! (Yup, reviews are coming!) Then, shifters, I had occasionally read them, but this series got me much more into the genre than usual. (It doesn’t hurt that her shifters are alpha, dominant, and kinky. Yup, that does it for me.) The heroine in this book seriously had me crying. Rebecca has it awful for a pretty good portion of her life. She and Travis grew up together, and when they were older, they fell in love. Travis knew her father was bad news, but she won’t leave. She’s convinced the Guardian and cholans will execute her for doing so. After Travis and Rebecca make love for the first time, she disappears without a trace. It’s not until ten years later when Travis finds out she’s alive and in a horrible situation. He mounts a rescue team. Will he save her in time? I cried a few tears over this one. Sara knows how to do the female in distress to a tee, and I actually love those type of books. It may be crazy, but I kind of like when the guy has to rescue his hurt woman, then take care of her. Ok, don’t psychoanalyze me. I just do. This is another page-turner from Sara. I devoured it from cover to cover, and oh, how I loved it. Spectacular writing, with great drama, wonderful sex scenes that sizzled off the page. This book gets 5 Shifty Orgasms

What a great addition to the wild mountain shifters series!!!! It broke my heart when Travis and Rebecca were separated as teens, they were so sweet together. But Rebeccas despicable father sold her to a deranged cult that is so violent it&#039;ll make the hair on your arms stand on edge. I&#039;m not going to give any goodness away but I was so excited to see what revenge fell upon Neil and collin....and boy was it beautiful! Then there&#039;s the hotttttt and sexy love story of Travis and Rebecca reunited as adults. Rebecca quickly learns that Travis isn&#039;t a kid anymore and is way more Dominant then she comprehends. Don&#039;t worry though she catches on quickly as a good little submissive. Such a great story, I loved it Sara!!!! Amazing job lady