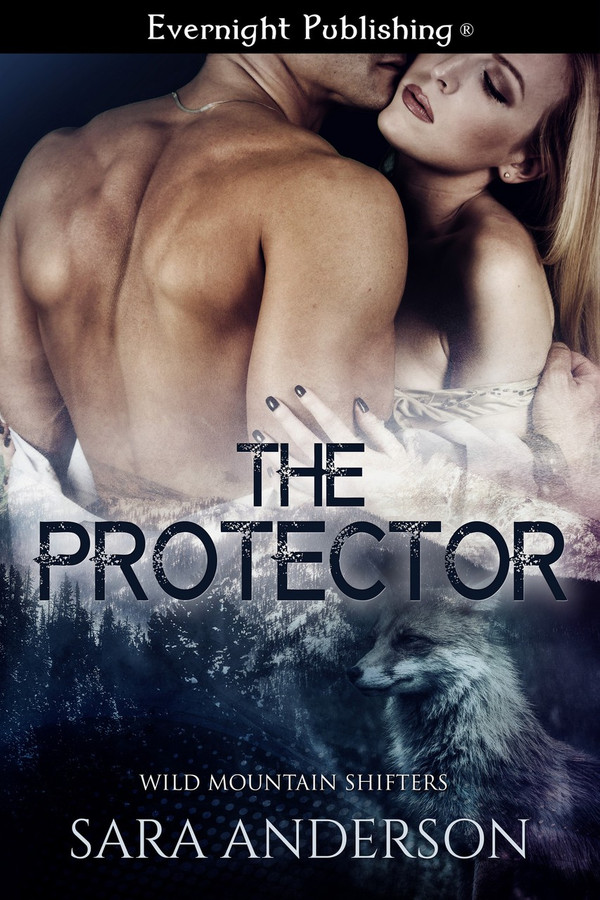 Cole and Blair planned to mate, until a tragic event caused Cole to call off their relationship. By the time Cole realized his awful mistake it was too late. Blair had gone, joining her parents overseas.

For four years Blair lived abroad, but when her grandmother died, she returned to take over her grandmother’s café. She still tried to avoid Cole, but he never gave up over the year she has been back. He always ensured she was safe, going into her coffee shop every day, hoping that she would forgive him, but she remained aloof.

When Blair breaks shifter law, the shifter Guardian Michael forces her to submit to Cole. She spends one night with Cole and realizes if she stays, she will fall for him all over again, and decides to run.

But a human wanting revenge on shifters for his brother’s death is watching Blair, and waiting for his chance to exact his revenge on her.

With this dangerous man intent on harming Blair, Cole may lose her forever before he gets the chance to win her heart again.

He claimed her lips. Then, sliding his hands through her hair, he gripped her strawberry blonde strands. He held her hair tight enough that she had no way to escape him, or his passionate kiss. The bulge of his cock pressed against her mound. She lost her control and wrapped her arms around him. Passion she had ignored for five years flared to life. Cole urged her lips open with his tongue. Once she allowed him in, he took control, dominating her with his expert kiss. Goddess, she missed how he conquered her body so absolutely.

Cole’s hips rocked into her, causing her to press her own sex into his hard bulge. Cole didn’t ask, or even give her any warning. He just picked her up, his lips still holding her captive, and strolled into his house.

When she finally came up for air, she saw she was in his living room. “Cole—”

“Not now, Blair. Right now I have to take care of my very naughty fox.”

Blair’s blood already started to heat. It had been so long since they played. She felt her cream coat her pussy.

“Oh, Cole.” She meant it as a complaint, but it came out more as begging.

“I know, baby. You need me as much as I need you, and I am going to give you what you need now.”

Tears were already falling down her face. She loved and hated his punishments. It hurt, which she didn’t like, but she felt so cleansed after a hard punishment.

“Now, Blair. Tell me what you did to deserve discipline?” Cole asked while rubbing her ass.

Blair was already crying, her body shaking with her hiccupping cries. “I took a new shifter out of our territory.”

“You did, and you know what that will get you.” Cole’s tone was regretful.

Blair tensed. That wasn’t a good sign. Cole only used that tone when he planned to use something she hated. “No, Cole, please not that paddle. You know how much it hurts.”

“I also know how much you deserve a good paddling.” He pulled her shirt over her head.

“Cole, don’t do this.” She looked into his hungry eyes, and felt her own arousal coating her pussy.

“Take your jeans off.” Cole gave her a commanding stare.

Blair couldn’t fight him when he looked at her like this. She never could. Neither did she want to. She loved and feared this side of Cole. This side was the sadistic Master that would not stop until she broke completely. Her hands moved to the waist of her jeans and unfastened them. She slid the denim down her legs.

“What a good girl. You please me so much when you obey.” Cole’s voice warmed her with pleasure.

He picked up the light paddle he had often used on her in the past when they would plan to have a heavy punishment scene. He moved her towards the spanking bench that he had made especially for her.

Blair started fighting. Even though she craved what was coming next, she feared it as well. “Cole, stop. Don’t hit me.”

Blair knew her safe words. They were “red alert”, and unless Cole heard those two words, he would continue. Any other begging, threatening, or screaming, Cole ignored. Even as she begged him not to do this, she put her arms and legs on the padded bench and allowed Cole to restrain her in place.

Cole stood behind her and rubbed her ass lightly. “Your submission to me is so beautiful, Blair.” Cole’s voice was full of pride making Blair warm even more at his compliment.

“I only submit to you, Cole. No one else has earned it.”

Cole is so HOT… enough said review over and I drop the mic… This is the story of Cole and Blair a couple who was in love and have plans of the future. When Cole deals with an extreme loss by pushing Blair away and breaking their engagement. Blair was devastated and left town with a broken heart, Cole knew the second Blair left he made a mistake. Five years later events have brought them together and now Cole needs fight for Blair’s forgiveness as well as the unknown forces bent on hurting them. Wow do I love this man… Cole is hot and knows what he wants and that is Blair… He will stop at nothing from getting her back even if she has to tied to his bed. Blair loves Cole but is scared to give him another chance, just in case he breaks her heart again. I really like that Blair made him work for it but didn’t seem whiny or had the whole damsel in distress going on. She’s a fighter and knows that sometimes you have to save yourself or die trying. Cole has a lot of responsibility on his shoulders and he is not sure how to balance the work and mating. This is a great couple and I can’t really give you more without giving away that the story. I give this book 4 diamonds and can’t wait to read the next book in the series, I want my Luke to get his HEA… Get your copy at Amazon or at Evernight Publishing.

This was an amazing, erotic read that draws you into the story from the very beginning and doesn&#039;t let up until you finish the last word. The characters are amazing and you feel as though you would want to be friends with them. This story is filled with heartache, mystery and ultimately love! I was totally lost in the love story between Cole and Blair as they tried to repair the mistakes of the past and keep a terrible man from exacting revenge for his brother that was killed in the shifter area the year before. I can&#039;t wait to see where this series is going! I totally recommend if you like hot, errotic alpha males and strong willed women characters! Keep an eye on this author as I think she is going places!

I really enjoyed this book! The characters were absolutely wonderful. Cole and Blair were soulmates before tragedy and insecurity tore them apart for five long years. Then trouble came calling and they were thrown back together again. Cole was determined to win Blair’s trust but the stubborn fox made him work very hard for it. &quot;All I can say is I am sorry, and try to mend your heart. Can you please trust me enough for that?” The drama was thick in this book and it was loaded with emotions. It also had a never ending suspense that took several twists throughout the story. This book had it all! The writing is solid and I loved the vivid world building and concept of different shifter species living together. It had a plot that was involved but fast paced and also had intriguing secondary stories that all tied together with a suspenseful arc that will probably span the entire series. We get a happy ending but it is not an easy one. The journey was filled with emotion, naughty BDSM sex, and a mystery that kept me waiting in breathless anticipation. The most important thing I can say about this book is that I fell in love with the characters. Not just the main couple but so many others, and most especially Lucas grabbed at my emotions. I cannot wait to read his book! I am so happy to recommend this book to everyone.

This book was absolutely awesome. After the first in the series, I had some really high hopes for Cole and Blair&#039;s book. I was not disappointed in the least!!! The sex was sexy. It was an action packed story with plenty of twists and turns. There was just the right combination of both to keep me page turning frantically.

Wow this 2nd book didn&#039;t disappoint Blair and Cole, the beautiful sheriff, part ways after a tragedy and Blair leaves town for good. But they are reunited 4 years later when she has to return after a death in the family and she has been left the her grandmothers business. They both have never stopped loving each other Reading them meeting each other for that first time was a joy .... I&#039;m not gonna give out any spoilers but the sex is intense and the storyline is strong all the way through Loved it Hope there&#039;s gonna be another