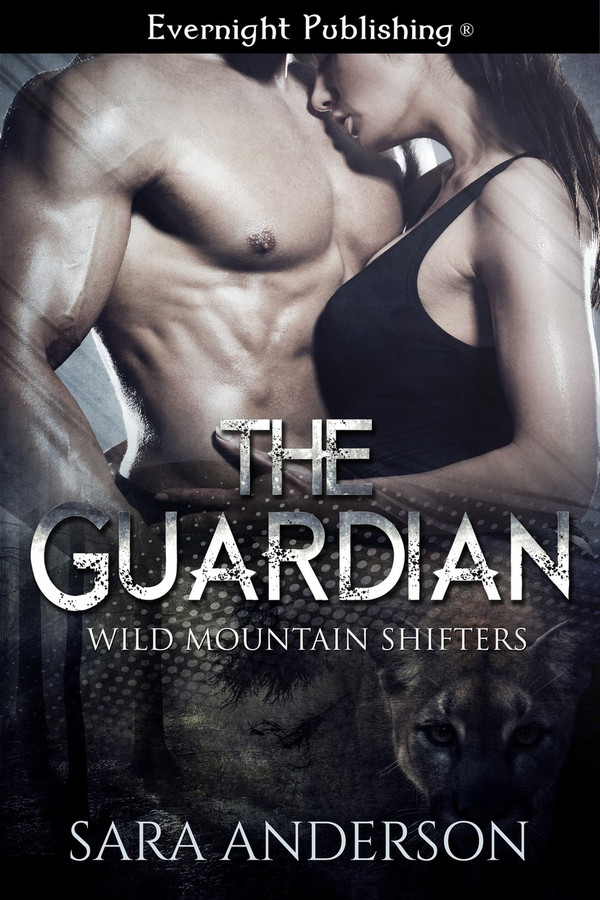 While vacationing in the Colorado mountains, Cassie is attacked by a wild animal. She manages to get to the local town in hopes of reporting the attack to the Sheriff.  But she falls ill from the bite wounds and is found by the shifter guardian, Michael.

Michael learns Cassie is half shifter, and the essence that had been dormant is now stirring due to the bites she received from a renegade shifter. The only way to save her life is to change her completely.

They find themselves drawn to one another, and Michael uses the bond they have formed to teach Cassie about their ways, shifting, and submitting to his dominance in and out of the bedroom.

“Where are you taking me?”

“Downstairs, it has the space we need, and Lana’s children will not overhear anything.”

Her fear spiked as he walked down the stairs. The walls were thick and had soundproofing board on them. “I’m scared.”

Michael kissed her forehead lightly. “I am going to do my best to control your pain.”

Cassie fought to get free. “I can’t do this.” She felt tears running down her face as she struggled to get free. “Let me go. I don’t want to change.”

Michael closed a heavy wooden door and locked it. She felt like it was the lid of her coffin closing. She hyperventilated and felt herself starting to panic.

Michael sat down at the bottom of the stairs with her still in his lap. “Look at me.” He held his hands on both sides of her face to force her look him in the eyes. “Calm down. Slow your breathing down.” His eyes locked onto hers not letting them look away. “It’s going to be okay. I promise you, I will be with you every moment.” He held her close and rubbed his hands up and down her back.

Cassie clung to him, fearing what was about to happen to her. He stood up, and went down a hall, taking her into another large room that had a king sized bed in the center of the room. It was becoming too real, and everything that had happened was crashing in on her.

“Michael, let me go. I don’t want to change. I just want to go home,” Cassie said with her face in the crook of his neck. Fear was making her feel lightheaded. She felt tears soaking his skin and her face.

Michael sat down on the bed and cradled her to his chest. “Cassie, shhh. I know. You are very frightened and overwhelmed right now. I am going to make sure you get through this.”

Cassie clung to him desperately trying to absorb the comfort he was offering. She hiccupped as she cried. “I’m scared.”

“I know you are. I am going to make this as painless as possible. I need to know though, how do you want me to change you?”

Cassie looked up into his face. “I want you to love me. I don’t want to be bitten.” That was just too similar to what had happened earlier. Nothing but pain and fear.

Michael’s eyes darkened, and his breathing picked up. Was he angry? He kept his eyes on her as he toed his shoes off then unfastened his jeans.

Cassie lowered her eyes to his cock. She had that instant feeling of panic. Oh my God, we’re going to have sex, and he is really, really big.

His hand gently cupped her chin and pulled her up. “I will make this good for you. Trust me.”

Cassie nodded in a jerking motion, but her mouth refused to work.

“Would you rather I bite you? I can if you do not want to change by mating.”

Cassie shivered, overwhelmed by memories of that wolf biting her, and holding her in place while he kept his fangs buried in her flesh. The horrible burning sensation that emanated from the bite filled her memory. “No. I am just nervous. I haven’t had sex in a long time, and I don’t casually hook up.”

Michael’s eyes darkened. “This is very far from a casual hook up. This is mating sex.” He walked towards her like a predator that had his prey in his sights.

Cassie watched him, and despite her fear, her body started to heat up.  He climbed onto the bed and nudged her legs apart with his muscular thighs. He hovered over her and stared into her eyes for a moment.

“You are so beautiful. Never doubt that. Even if we were never soul bonded, I would have wanted you.”

“I want you, too.” She really did. Even if they had met under difficult circumstances she knew she would be drawn to him.  He put his hand behind her head and gently grabbed her hair to pull her head back. His head lowered and his mouth covered hers in a warm kiss.

Michael explored at first with little nibbles and strokes. His tongue plunged in and swirled around with hard strokes. Her tongue met his and danced, swirling and stroking all over her mouth. His hands stroked up and down her body, easing the pain and igniting her passion. Her body was warming up fast as they kissed. She felt her clit start to throb again like it had last time. He had barely touched her, yet her body wanted him. She writhed under him, “Please.”

“The bond is pulling us to mate.”

This author knows her paranormal romance. Can I just say, wow, I am now a huge fan! Ms. Anderson has a gift with storytelling, drawing the reader in with characters that draw you, storytelling at its best. Cassie is a strong female lead, and her chemistry with Michael that draws the reader. A paranormal romance fans must read! Cassie, while vacationing in the Colorado Mountains is attacked and bitten by a wild animal. Help comes in the form of shifter guardian, Michael. When Michael learns that Cassie is half shifter, he must fully turn her. Finding themselves drawn to one another, Michael teaches Cassie of their ways, of shifting and dominance in the bedroom. Wild Mountain Shifters Series: Book One- The Guardian, Book Two- The Protector

What a great start to a series. The story is gripping from the start with two girls being attacked by a rouge shifter and Cassie realising she is half shifter, and having to fully transform or die. I totally fell in love with Sara&#039;s hero Michael and loved Cassie and reading about her come to terms with her new form. Really looking forward to book 2

This was an action packed book. The author set up a very interesting universe. The main characters were passionate and very easy to like. I would recommend this to anyone who likes shifter books with lots of steamy sex

The Guardian was a phenomenal beginning to a new series. And don&#039;t let &quot;series&quot; scare you. There&#039;s no cliffhanger. This was more than a story between two people. This is world-building, at its finest, and I do so love this paranormal world that Sara Anderson created. Imps, trolls, shifters, fairies... absolutely delightful. The dynamic between Michael and Cassie was scorching hot and passionate and I was at the edge of my seat to see how their story played out. I cannot wait to see where this series goes... and WHO is next?