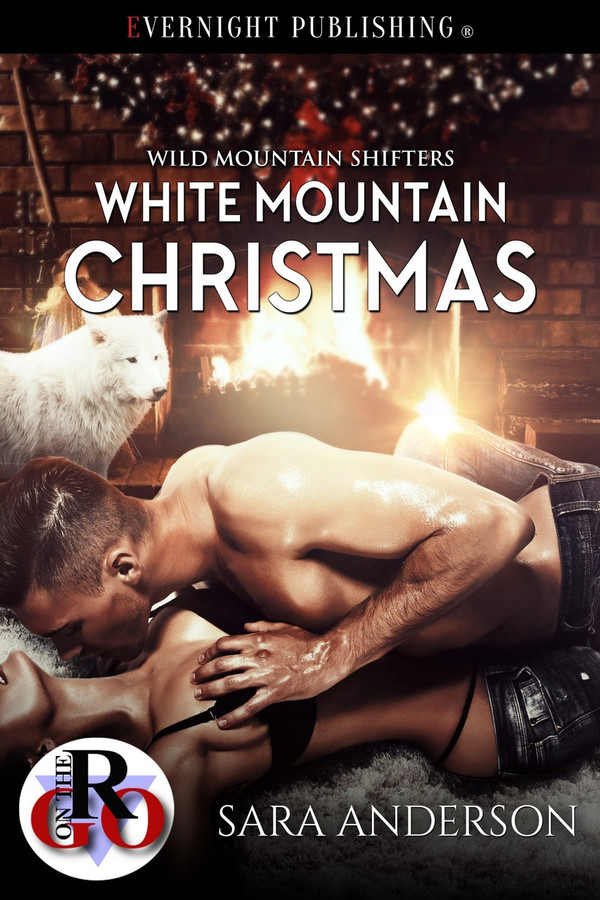 Blair and Cole are celebrating their first Christmas as parents of twins. After a very hard pregnancy, Blair is overjoyed that the babies are both fine and life has calmed down. Now, Blair is looking for a way to spread the happiness she feels.

When she meets a mother and child, who were rescued by shifters from a violent cult, Blair knows she has found the way to share her joy, and resolves to give them a nice Christmas to make up for all the horrors they’ve endured.

But, between building parade floats and baking Christmas treats, can Cole and Blair make time to keep their romance alive?

Cole turned and looked at Blair, and once again, it struck him how much he loved this woman. She had a baby in each arm and swayed as she sang along with “Baby, It’s Cold Outside”.

Aiden and Alex’s eyes were drifting closed, and it wouldn’t be long before they both drifted off to sleep. Cole came up behind her and wrapped his arms around her to sway with the music. Her head fell back against his chest as they moved slowly in a dance around the living room.

This was what Cole always felt was a perfect evening. Holding his mate and his cubs together as they danced around the living room. They didn’t need to talk to feel the connection to one another, just sway to the old Christmas song.

Once Aiden and Alex were as limp as overcooked noodles, Cole guided Blair to the nursery and he helped to lay them down. They snuggled them down into their crib, making sure the boys cuddled. The twin bond was strong between them, and they slept better when they touched.

Pulling the door closed ‘til only a crack was open for a bit of light, Cole then led Blair to their bedroom next to the nursery. She loved the view of his ass in those tight jeans of his. Cole was the definition of sexy to her.

Blair’s body began to heat up as Cole gripped the bottom of her little black sweater and pulled it up and over her head. “Baby, I told you that outfit was so sexy on you, but I think it looks so much better on the floor.”

Blair felt the rush of cold air as her sweater hit the floor. She grinned up at him. “You look just as good with your clothes joining mine.”

Cole’s heated gaze moved slowly up and down her body that was only in a bra and panties, and then he glanced at her clothing on the floor. “Definitely better on the floor.”

Blair shook her head as Cole picked her up and carried her to the floor in front of the fire.

“Give me just a second,” he said as he stood her on her feet. He grabbed a soft blanket and laid it in front of the fireplace, then pulled Blair over. “Lie down.”

Blair dropped down onto the blanket and let Cole guide her to her back. Cole quickly undid his belt, slid his jeans down his legs, and kicked them off. His shirt soon followed, and he dropped to his knees.

Blair only had a moment to wonder what he was going to do.

Next up is another amazing Evernight author. (There seems to be a pattern going for me here…) Sara Anderson. To be fair, I’ve been a HUGE fan since her Sci-Fi series. (Yup, I’ll be reviewing them here too!) But I’m a massive fan of this shifter series. In this holiday short, we revisit Cole and Blair. (Mmmm Cole.) Another point? These ladies got me into shifters as well, because I’d certainly love one of THESE shifters. But I digress… Blair decides that she’s going to spread the Christmas spirit to others, in particular, Beth. Beth is the abused, pregnant, mother of a toddler who was rescued from the same cult as Rebecca. (The Forgotten) Of course, we get to see the smoking hot BDSM scenes between Cole and Blair. (so yummy). It’s a short holiday read, but so satisfying. And it seems like a wonderful set up for the next book.

I loved this sexy short by Sara Anderson. It was a great peek into the holiday of some of my favorite characters, making me long for more of their stories. I smiled quite a bit at the sweet and romantic parts, but the sexy parts were nothing short of smoking hot. Yum!

I had never read anything in this series (Wild Mountain Shifters), but the way the author wove the story and quickly gave the readers insight into each character &amp; couple&#039;s dynamic, I didn&#039;t feel left behind at all. Her writing style and tone are perfect to get the reader involved &amp; actually feeling how the characters are feeling. Needless to say, I am now anxious to go back and start from the very beginning of this series to grab a closer look at all of these wonderful characters who gathered together to share in Blair and Cole&#039;s first Christmas together as parents! And, I&#039;ll be anxiously awaiting to see how Rebecca &amp; Liam fair once they get to Texas. This is a wonderful quick Christmas feel good story, with just the right amount of spicy loving thrown in to keep this young couple warm - and the reader as well! A definite holiday must-read.

I loved this short and quick holiday story about Cole and Blair. They love still burns HOT, even after having a troubled pregnancy and giving birth to twins! The whole town is getting ready for Christmas and Cole has been talked into being Santa for the float. It&#039;s so cute to see how he will do anything for Blair!! We get to see characters from previous books and I&#039;m really hoping that Liam and Beth will get their story told! Loved it and highly recommend this hot and sexy Christmas story!