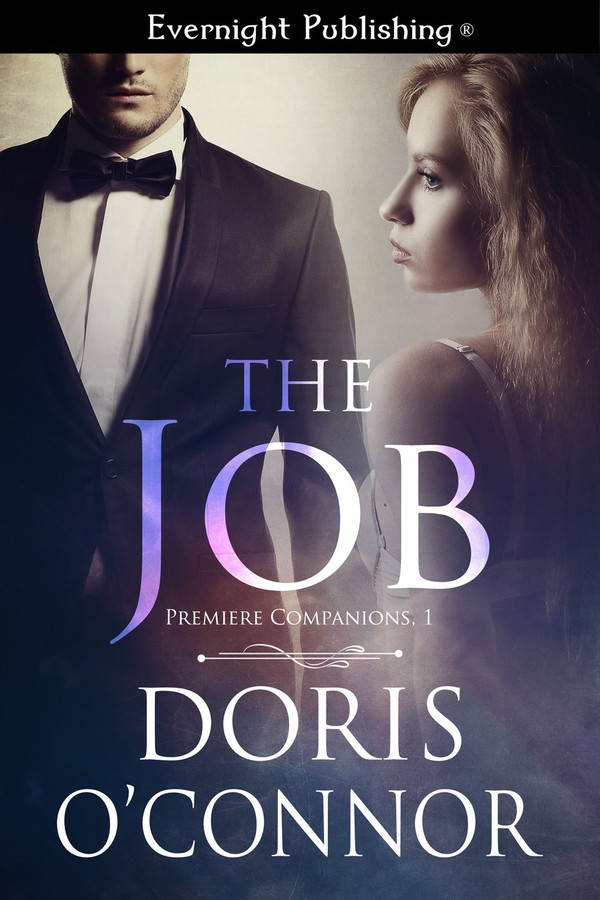 Accepting money for sex is wrong—isn’t it?

Alexandra Farrington certainly thinks so. The job she’s agreed to do for her friend is not supposed to involve any sex. However, no man spends this much money on a swish hotel suite and sinful lingerie, and not expect the horizontal shimmy in return. And what sort of man employs escorts anyhow?

Nathanial Longton cannot believe his eyes when the door opens to reveal his companion for the evening. He has never forgotten the housekeeper’s daughter. The girl he grew up with has grown into a beautiful, sexy woman, and what’s more she’s all his for the night.
They have unfinished business and, with her at his mercy, it’s payback time.

If only this was just about sex, but Alexandra’s submission awakens much more than his inner Sadist….

Love is far harder to ignore.

“Present for me, girl, you know what to do.”
His voice sounded hoarse. It chased away the last of her misgivings. She might well regret this in the morning, but for now, she needed this, wanted this one night with him. She had no doubt that Nathanial would take her out of her head, help her forget all that bad stuff that had happened, as she scrambled to her knees in the middle of the bed.
“Good girl, take your bra off for me. Then spread your legs as wide as they go. Let me see what’s mine, pet.”
He grinned at her groan in answer. Alex gave herself a moment to admire the play of muscles in his chest as he ran a hand through his hair. He picked up the tie off the floor, where it had fallen when he yanked the sheet off the bed.
Twisting it around his hand, he raised an eyebrow at her. Alex scrambled to take off her bra.
“Not so fast, girl, nice and slow. Give me a show.”
His grin deepened when she groaned again, but she dutifully reached behind to undo her clasp. Using her arms, she kept the bra pinned to her side. She then made a big show of slipping each strap off her shoulder with her index finger. His eyes darkened further when she shrugged her shoulders. Releasing her grip on the sides of her bra, she allowed the cups to slip, as she leaned forward.
“Okay, not that slow. Show me your tits.”
She giggled at the strain in his voice, then threw her bra over her shoulder with as much flourish as she could muster. Unfortunately she almost upended the glass of water on the nightstand in the process. It wobbled precariously, before it stopped right on the edge. Alex breathed a sigh of relief at the fact that it didn’t fall.
When she looked back at Nathanial the warm affection mixed in with amusement gave her a warm glow inside. Mindful of his instructions, she got back on her knees, spread her legs as far they went, and grasping one globe each lifted her breasts up for her Sir’s inspection.
She caught his smile of approval, before she dropped her gaze to the bed. The knowledge that she pleased him made her feel ten feet tall inside.
“Such a good girl. Close your eyes for me. I don’t want you to see, just feel.”
“Yes, Sir.”
“That’s my good girl.” She heard the smile in his voice. In the next instant, the bed dipped. Something soft and silky trailed across the tips of her engorged nipples. The slight contact sent frissons of excitement down her spine. When his hot breath ghosted across the sensitive flesh she didn’t even try to stop her moan.
“That’s my girl. I want to hear you. I want to hear every little moan and sigh. When I eat you out, finally allow you to come, I want to hear you scream. Does my beautiful pet think she can do that for me?”
His deep, dark voice pulled her under. Alex knew she would have done about everything for him right now. Her clit pulsed and her internal muscles clenched in desperate need for his touch, as he resumed the erotic torture of her nipples with what she assumed must be his tie. He alternated the soft strokes of the fabric with licks of his tongue. She jumped when he sucked one hardened peak into his mouth, while torturing the other side with feather light caresses of his silky tie.
Every suck and pull from his mouth sent darts of need down to her clit. Her thighs grew damp, her thong gave up the fight in containing the liquid evidence of her arousal, and she whimpered in need, pushing her breasts farther into his mouth.
A sharp swat to her thigh was her answer. Alex groaned her disappointment when she felt him withdraw.
“Hold still, pet, or I’ll start with that punishment after all. In fact…”
Before she knew what was happening the air shifted. In the next instant, he’d pushed her face down onto the bed. She jumped when he cupped her mound through the sodden lace of her underwear, rubbed his palm up and down her slit with just enough pressure to ramp up her arousal even more but not enough to come.
“So fucking wet for me already. You’re getting wetter by the minute, girl. Tell me is it me or the thought of punishment that turns you on?” he asked.
“You Sir … ouch.”
The resulting slap to her ass stung like crazy. It meant she would have collapsed onto the bed, had he not grasped her hips and pulled her ass back into the air. His hands on her backside soothed the sting from his earlier swat. Alex groaned when she felt him kiss the globe he’d just hit. He followed that gentle touch with a bite hard enough to make her yelp, before he soothed that sting away with his lips.
“I love your ass, baby. I should warn you, I like to bite, leave my marks. Is that okay with you?”
The strain in his voice was music to her ears. She panted the only answer she could give to that far too arousing thought.
“God, yes, Sir. Green, I’m green, please don’t stop.”

This book was all things yummy it was fun exciting very thrilling ;)I loved it and cannot wait for book 2

A favor for a friend. Everything can change in an instant. For Alexandra that favor has her coming face to face with her past. She agreed to step in for her friend one night to be a companion (also known as an escort) for a man for an event. She doesn&#039;t approve of what her friend does, but she agrees regardless. But the second she opens the hotel room door her past comes rushing back to her. She hasn&#039;t forgotten what happened ten years ago. The last thing Nathanial expected when he hired an escort for the night was the girl who has been in his thoughts for years. He&#039;s never forgotten her. His immediate shock of seeing her there turns into him &#039;blackmailing&#039; her to stay. He doesn&#039;t want her running from him this time. She can&#039;t forget what he said ten years ago and the last thing she wants is to spend an evening with her but to protect herself and her mother she stays. She needs to make him understand that what he sees isn&#039;t what he thinks. When confronted by people from their pasts that evening and a secret she&#039;s hid for years will they be forced apart? Will he finally listen to what she has to say? When their true feelings are revealed will she be glad she helped her friend? And as always with anything Doris has written we are treated to some steamy, hot, fan worthy sex.

Alexandra is doing a favor for a friend. This isn&#039;t something that she is completely comfortable with, but her friend is sick and really needs the money from this job. Being the kind hearted person she is, she agrees. So as she open the door, the last person that she expected to see was Nathanial. Alex and Nat knew each other growing up, but after a fateful evening, they haven&#039;t seen or spoken to each other in ten years. To say Alexandra is upset to see Nat is an understatement. She&#039;s never gotten over his harsh words and actions, and today&#039;s chance meeting won&#039;t make forgiving him an easier. Nat is shocked to the core to see Alexandra standing there. He&#039;s torn between happiness to see her again and upset that she&#039;s his &quot;date&quot; for the night. But whatever the reason she&#039;s been brought here tonight, he&#039;s going to do what he can to keep her there. Their night starts off a bit bumpy but as the night ends, things between Alex and Nat are forever changed. Doris took a flash and turned it into a sexy story of two strong willed people that tried to fight their attraction but in the end, succumbed to their desires. Their path was full of sexual tension, a bit of anguish, and hope for a future. This a fast paced, quick read that draws the reader in from the start. As the story unfolds, be sure to have a fan and a cold shower waiting because this story is titillating and provocative. Personally, I couldn&#039;t put this book down until I finished it. Doris never ceases to amaze me with her words and this story is no exception. This was a very enjoyable read and look forward to what Doris will bring us next in this series.

I should be asleep, but I had to stay up to read this book. I&#039;ve been well overdue a Doris O&#039;Connor book. Couldnt stop reading. I&#039;ve got to admit I didn&#039;t like Nat at the beginning of this story. I found him a little too overbearing and a bit of an a$$ for my liking. But there&#039;s a scene where he realises Alex isn&#039;t exactly what he thinks she is and his hard shell cracked. The chemistry between these two sizzled right from the first chapter and threatened to set my ereader ablaze. This is an erotic feast. One thing I can always say about Mrs O&#039;Connor, she always gets the job done. ;)