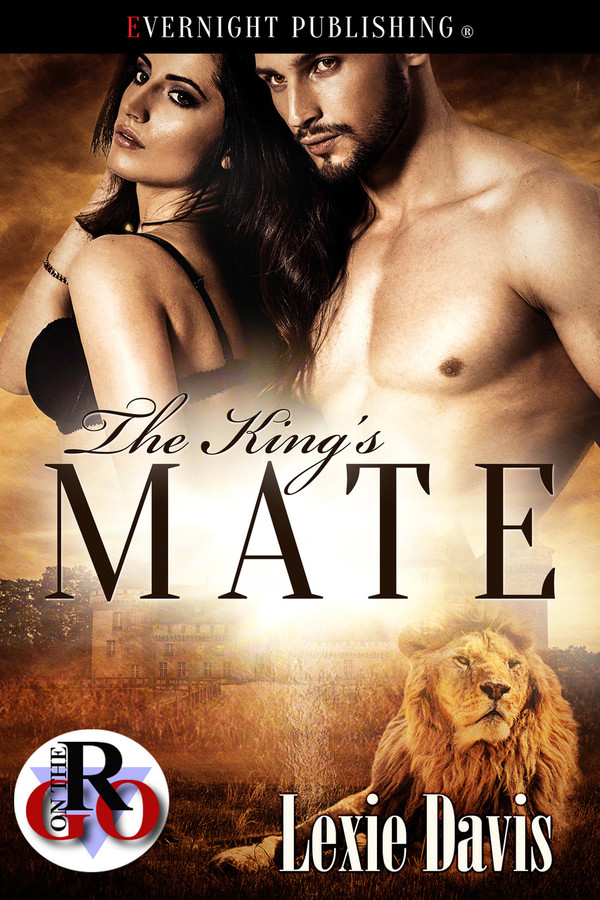 King Aleo needed a mate. Tradition meant that all the female shifters in the kingdom came to the castle to pledge their love for him in the hopes that they would be chosen to be his forever. However, Piper arrived at the ceremony with another problem at hand and she fully intended to challenge everything the king believed about their traditions. Humans were forbidden to mate with shifters, but Aleo's love for Piper was not something he could ignore. Will Aleo be forced into a custom that rips him from his true love forever? Or will the King be able to change the rules before the matching ceremony begins?

“Get me a towel,” he said letting her go.

Piper stood and grabbed the towel she’d brought in for him. “I’ll go get some clean sheets for the bed.”

He stood, his cock erect from the teasing. After dabbing his arms and chest, he wrapped the towel around his waist. Piper had moved to the side, watching him. The top of her dress was damp from the bath, and he could see her hard nipples and the outline of her luscious breasts.

His idea of not fucking her backfired. Every time she was around, his entire body knew about it. He wanted nothing more than to spend his last night as a single man buried inside the one woman that he could never have. She cleared her throat and walked across the room. Before she could leave, he grabbed her, pulling her back to him.

“Nobody gives a fuck about clean sheets.” He stared into her eyes. “If I told you I wanted to fuck you, what would your response be?”

Piper’s gaze darted around the room. “Your future mate wouldn’t like that.”

The slender column of her neck had faint marks from his fingers. He liked how possessive it looked. “Take your dress off.”

“I didn’t tell you to think. I told you to take your dress off. Now.”

Piper moved away from him. He watched her a moment as she walked across the room. She turned to face him. “No.”

The defiance was back. His pulse sped up. “No?”

“No.” She propped her hand on her hip.

He stalked toward her. “That sassy little mouth and that revealing dress have had me hard all day. You’ve awakened the beast in me, sweetheart. Now you’re going to learn what that really means.”

It was pretty good quick lion shifter romance. I just wished there was more info about H and h 2 years ago and between. I needed to understand how their meet, how they connected... A bit more to completely believe that it&#039;s more then sex. That they are destined mates.

From the start I loved Piper. She is so full of spunk. King Aleo needed a little work at first. Too arrogant. However, these two balanced one another out. The forbidden aspect made the story even more thrilling!