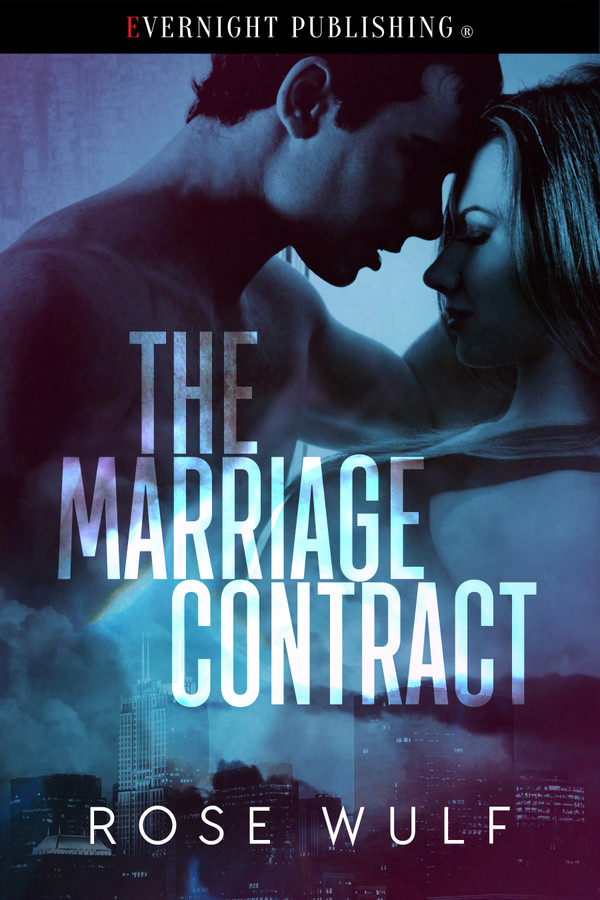 Pureblooded sylph Ophelia Flynn has a secret. She’s married to her neighbor. They’ve been married nearly ten years, but no one can ever know. She’s tired of the lie, and of hiding her feelings, but she’s trapped.

Her entire life has been built around a single, infuriating piece of paper.

Half-salamander Batson Crosse isn’t any more thrilled with their living situation than his wife. All he wants is to tear down the walls between them, but he doesn’t know if she feels the same. Disregarding the contract could do more than cost his parents their mysterious alliance—it could cost him Ophelia.

Their marriage comes into question when the couple is faced with an unexpected betrayal. Lines are drawn and old hatreds pulled into light as Batson and Ophelia find themselves forced to fight for the very marriage once forced upon them.

But is that really what they want? Or are they better off free?

Ophelia rubbed her fingers absently over the soft sleeve of her robe the next morning, watching from her seat at the small dining table as Batson finished plating their breakfast. He’d pulled on sweatpants but hadn’t bothered with a shirt, and since he hadn’t run a comb through his hair, the mop of brown on his head was even messier than usual. The combination was sinfully sexy. She smiled quietly to herself. It was the rare moments like these that almost made her forget their complicated lives. They almost never got to be so domestic. In truth, that was probably what made it the hardest.

“Here you go,” Batson said, setting a plate of steaming, delicious-smelling food beside the cup of coffee she hadn’t yet touched. He set his own plate across from her, next to his cup, and claimed his seat.

“This looks amazing,” she said honestly. “I can’t believe how hungry I am.”

Batson had two fingers curled around the handle of his cup when he paused and lifted a brow in her direction. “You don’t want me to comment on that, do you?”

“Huh?” Ophelia flushed. “No, I do not.” She ducked her face in an effort to hide the stupid, strangely juvenile grin threatening her lips. This morning felt … different, somehow. She couldn’t put her finger on it. Perhaps she was just in a particularly good mood.

He chuckled and for a moment, they focused on the meal and each other’s company. He was half done with his breakfast before he quietly said, “So, I was thinking of heading up the mountain for the weekend.”

Ophelia paused in the process of cutting through egg. “Oh?” He didn’t usually camp this time of year. But if it was just a weekend trip, it wouldn’t be too big of a deal with his job—she imagined his parents wouldn’t put up a fuss over short notice.

Batson lifted his gaze from his plate. “It’d be better with some company.”

Oh. She lowered her fork as a sharp stinging pain shot through her chest. “I’m sorry,” she said. “I promised Alice I’d be around if she needed me.” Ophelia swallowed as the bigger reason reared its ugly head. “Besides, there’s … the rule.”

A harsh rush of air escaped him and Batson sat back in his chair. “Who would fucking know? It’s not like I report in about everything we do, and I know you don’t, either.”

Sure, he was probably right. On some level, she’d known that for a long time. But… “We signed the contract, Batson.”

His fists clenched over the table. “Screw the goddamn contract,” he said tightly.

Ophelia looked up at him with widened eyes.

He exhaled again and looked away. “Fuck.” He pinched the bridge of his nose. “Look, if it’s that big a deal, we could cheat a little. Tomorrow night, I could sleep on the ground. Hell, I could sleep in my damn scales if it’ll make you feel better.”

She cringed at the thought. It hadn’t taken her long at all to figure out how much he disliked his alternate form. Every nature being had one and his, as his race implied, was a literal salamander. Well, it looked like a normal salamander. They could still breathe fire. That’s beside the point. “I would never ask you to do that.”

“I wouldn’t fucking care,” he said. “You’d have the airbed all to yourself. Bullshit obligation met.”

Her lips twitched despite the conversation. “We both know that’s not quite what it means.”

“Who gives a crap what it means?” he returned. “There’s no small print, no subtitles, no layman’s translation.”

She bit her lips and lowered her gaze. They’d argued over the contract sporadically before but never in the sense of trying to get around it. More in an almost desperate need to blame someone else for why, exactly, they’d let it get to this point in the first place. This argument was different. Everything felt different. She didn’t know how to handle it.

Ophelia drew a breath and met his searching stare. She tried for a small smile. “I’m … confused,” she admitted. “Every time I think I understand things, it feels like something changes.” She reached out and slipped her fingers into his hair. She didn’t know why, but she loved his hair. It was surprisingly soft and cool, the complete opposite of the rest of him. “That’s not always a bad thing, it’s just, I don’t always know what to do about it.”

He frowned and pulled her to her feet, into his arms, shoving her robe behind her as he held her close. “You’re definitely not coming, huh?” He phrased it like a question, but the defeat in his voice assured her he knew the answer.