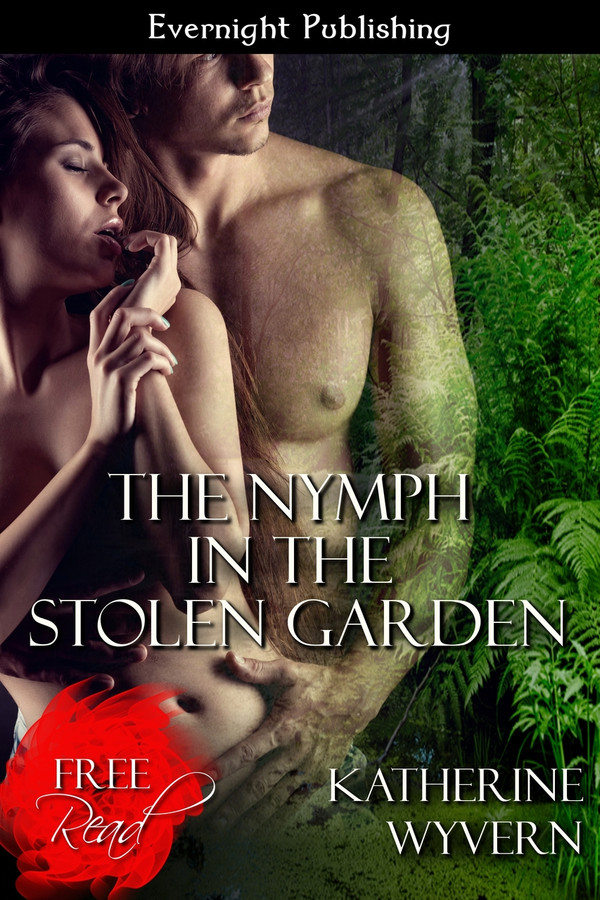 Gillian, a young English designer, has been hired to refurbish an ancient park in southern France, but she is struggling with a team of elderly, conservative, and hostile gardeners.

For Gillian, with her nervous personality, attack seems the best defence, but unfortunately for her, her haughty attitude is scaring off Marcel, a young jobbing gardener whose rugged good looks have captured Gillian’s imagination.

But then one intolerably hot summer afternoon, a near-sunstroke and an unplanned dip in the garden’s pond reveal a completely new Gillian.

For a long time, that wild, fiery kissing was everything.

Then he slowly became aware of the rest of himself and her, their tangled arms and legs, his, stronger, firmer, hers, like a twining creeper, making her way around and along him, slim, graceful, and inescapable.  Their bellies were close together, only just far enough to make space for the bouncing, stiff length of his member. She arched her body to press his cock between them. He could feel his own hardness pressing along his stomach, and moved so its head would slide slowly along her belly, digging lightly in her navel.

He felt a moment of wonder; surprise and amusement were both part of it. Half an hour earlier, he only knew her perpetually frowning expression, her tight bun of hair, her old-fashioned scent of talcum powder, her  voice, her way of walking, elastic yet snappish, as if she was always a bit on edge. And now, this wonderfully unkempt creature, with green leaves in her tangled blonde hair, which made her green eyes even greener. Now, their naked bodies, skin to skin, her hard nipples brushing his chest, his right hand on the small of her back, her tongue, wet and textured and hungry, playing with his tongue, her leg thrown over his side, her sex brushing his balls.  Naked, naked and so close, their skins only, and nothing in between. She moaned, wild and abandoned, wholly different. The perpetual frown between her eyebrows was quite gone.

“I want you,” she whispered, in English again, on his lips, her shyness gone with her spectacles and her bun, and he smiled, turning slowly, carefully shifting skin over skin, running palms and fingertips along her to finally lay her back on the gravel.

“You sure?” he asked. Because you never know, women, and foreign language, one wants to be really sure.

She looked for a moment like she wanted to scream, but she just laughed, a beautiful free laugh, not her usual tight thin smile.

“Yes,” she said, and even her voice was different. She pushed up with her hips to brush her clitoris along his shaft. He pressed her body down making that contact deeper and stronger, rubbing back and forward slowly, his shaft finding its way between her wet labia. She sighed and moaned again, reaching around his sides with her legs, holding him to her and rocking slowly while his cock rubbed on her clit. The water of the pond washed around their entwined bodies, cold and delightful on their heated skin.

When he moved slightly away from her, she moaned unhappily. Her arms were still around his shoulders, but he managed to pull away to make space for his right hand, sliding it on her stomach and down, to her thighs, nudging and caressing until she let go of his hips with her legs and surrendered to his touch.

This was such a great short story. It is rare to find a short story that is so well balanced as this one. The author has had time to build a story and the characters and the relationship between them. The hotter scenes between Gillian and Marcel were also written in a very intriguing way