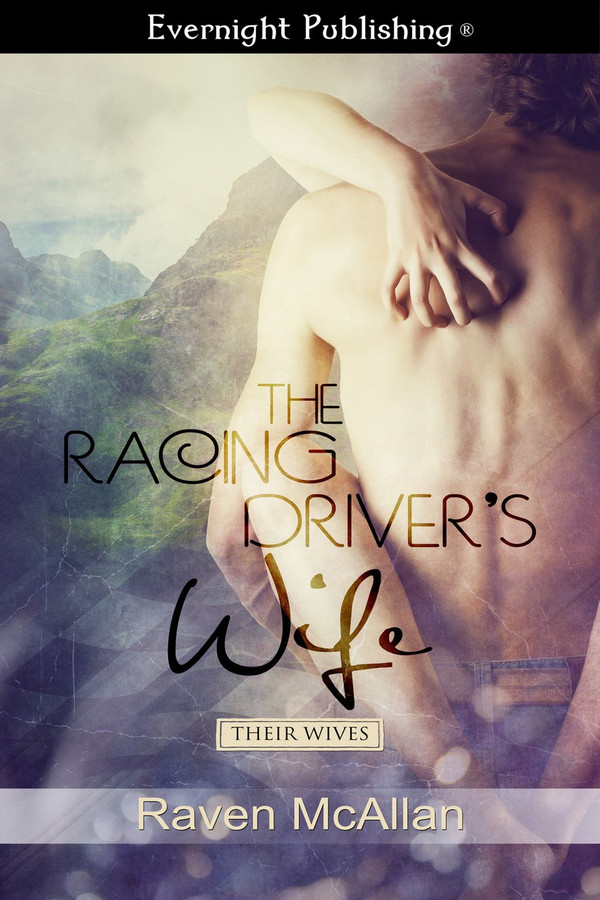 Some risks are worth taking…

Racing driver Gael Lorenzo is used to taking his life in his hands, if only he could say the same for his errant wife. He meant his wedding vows, and there will never be another woman for him, but what can he do to win her back?

Darcy thought she knew the risks of being married to a man who lives for his sport. The reality of the race track, however, proves too much for her. Nevertheless, giving Gael up entirely is not an option either.

When circumstances force them back into each other’s company, neither one of them can let this chance go. Together they are stronger than apart, and their marriage is worth fighting for, isn’t it?

She plonked herself back down on the bed, and gripped his shoulders hard.

"Now I'm all agitated for the wrong reasons."

He prised her hands open and drew her in for a hug. "Don’t be. You’ve been honest, so now I will be. First though, wouldn't you be more comfortable with your shirt off? It's very warm in here."

"We could put the air-con on."

"Waste of money. Better to strip off instead."

Darcy bit back a grin. "We could just go outside or down to the pool."

"The garden is private, but I mean clothed of course."

"Oh yes. Ah well." Darcy waited until Gael's hands went to her buttons. "You'd best stop in your room then, and I'll go for a swim."

His fingers stopped moving. "You what?" The expression on his face would have been comical except it was evident he thought she meant it.

Darcy decided she’d better put him out of his misery. His body had responded to hers as it always used to, and his shorts were tented. "Later. I'll go for a swim later. With you, I hope. But now…" She grinned and rolled flat on her back, and put her hands to the few buttons still in their buttonholes, and undid them slowly. Gale watched her, his eyes flickering as her hands moved lower until she opened her blouse to expose the black lace bra she wore underneath.

"Show me what I've been missing?"

Gael's eyes narrowed and he smiled. The smile of a happy predator, of a man who had all his birthdays come at once.

"My pleasure, cara, definitely my pleasure. And yours I hope."

What followed she decided was what dreams were made of. And hopefully reality. Gael slipped the shirt from her arms, and reached under her to release the clasp of her bra, before he drew it off and flung them both over his shoulder.

"I've always wanted to do that. Very Gone With the Wind-ish." His t-shirt followed and he kicked his shorts vaguely in the same direction.

"Did they do that?" Darcy hadn't seen the film or read the book.

"No idea, but it seems suitably over the top. One of your books’ heroes maybe?"

"Not yet but it will be." Darcy couldn't tear her gaze away from his cock, which stood up proudly from its nest of dark hair. The tip glistened with evidence of his arousal, and she swallowed, dry mouthed.

"Then how about we get rid of your skirt and see what else romantic I can do?" Gael tugged at the elastic waistband and pulled it downward. "Shit, cara, I'm shaking, I want you now."

"I always knew there was a good reason not to wear skirts with zips," she said shakily, as somehow he managed to snag her knickers and get rid of those at the same time.

"Exactly." Those garments drifted over his head as well.

This time though, either he wasn't concentrating or his shaking negated his strength more than she would have thought possible. The skirt fell onto the pillows and her knickers landed on his head, the lacy band around the top draped over his eyes like some exotic mask.

Gael sputtered and blew an inch of black lace out of his mouth, and removed the crotch from his ear.

Thank goodness it was there and nowhere else. Darcy plucked her underwear from her husband's face and giggled. "That's a new kink I've not heard of."

"No? Ah your education is lacking. It's the latest fetish. A new blindfold and all that. But not for us, not when I need to see you and do this." Gael rolled on top of her and wedged one strong thigh between her legs.

"Open for me, cara." He nudged her legs apart and then put one ankle over each shoulder. Like that his cock nudged her pussy and Darcy's breaths hitched. It had been way too long.

"Now." She lifted her bum and grabbed his ass to pull him closer and encourage him inside her.

Not that he needed encouraging. As he filled her, and set up a steady thrust and pull back, Darcy matched him, movement for movement. He bent his head and somehow managed to suck and nip one of her hard-to-the-point-of-painful nipples.

It was all she needed. It had been way too long. Darcy began to shake. Her scalp tingled and goose bumps covered her sweat-slicked skin.

"Argh, got to…" Gael voice was faint. He thrust so hard, Darcy saw stars and the pulse between her legs throbbed hard and fast. She screamed and fell into a hard and rapid climax. Gael shuddered, shouted her name as hot wet heat filled her, and he slumped on top of her.

The only sound in the room was their breathing: harsh, irregular, and juddering.

Darcy had no idea how long they stayed there, joined and sated, until Gael stirred, lifted his head from her neck and kissed her nose.

"To put it into basic terms, cara, I'm fucked. Sated, shattered, and I've got as much energy as a worn out light bulb. Give me a sec to move though, because I'm about to reluctantly fall out of you, and I don’t want to spoil this nice sheet."

Darcy knew being a race car driver’s wife wouldn’t be easy. But after an accident, she’s told that she isn’t important enough to see her husband she makes a decision to leave. Gael takes risks every day when he gets behind the wheel of his race car. If only he could have the same control when he comes to his marriage. When Gael returns to tell Darcy that the secret is out and the world knows he’s married what will she do? Life is different for her, she has a secret career, and she isn’t sure she can handle the life of a driver’s wife. When circumstances change and they have to escape can they rekindle their passion and find their way back to each other? Will she be able to be the wife he needs? I love Raven’s books (that isn’t a secret) and I love this book. It’s a great read, well done again.

Darcy met the love of her life at the Christmas carnival and it holds a very special place in her heart. Gael is an F1 driver and when he is hurt, Darcy is left hurt and confused. Left to believe that he didn&#039;t want her with him, she returned to Scotland. Now Gael is on her doorstep trying to explain how someone found out about their marriage. He desparately wants to try again, but Darcy has her doubts some of which are put to rest when she realizes that Gael&#039;s former manager did his best to keep them apart. Come along on a whirlwind journey to see how Darcy and Gael resolve thier issues.