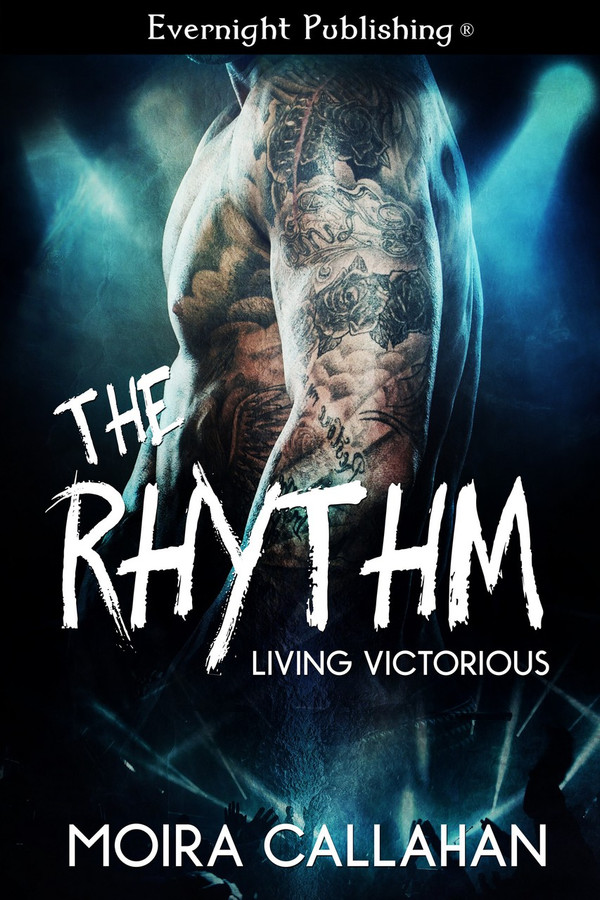 Jennifer Mitchell has only one goal in mind—she must get an interview with the band, Victorious. It's a task many journalists have attempted over the last ten years, only to be shot down by the band’s manager. The fact she desperately wants to meet their drummer has absolutely nothing to do with it.

Being the drummer for Victorious allows Lance West to remain out of the spotlight, and still have an important role in creating the music their fans clamor for. Then he meets Jennifer. While she may be focused on an exclusive interview, Lance has other ideas for the sexy woman.

Screaming fans and thunderous applause might warm his blood, but Lance only wants one woman to warm his bed night after night. She is everything to him, the rhythm that soothes his scarred soul, and he’ll do whatever it takes to prove it.

His hand moved to wrap around her throat, forcing her chin up. She didn’t feel threatened. It had her knees wobbling and her pussy throbbing in need. “I actually do need to say them, Jennifer. It’s a driving need to try and explain to you what I’m thinking and feeling.” He stroked his thumb over her pulse tenderly while staring down at her.

Swallowing, she pressed her hands lightly to his chest, her fingers stroking over the tight muscle until she settled them on the waist of his jeans. “Why?” she asked. She wasn’t entirely sure what she was asking either. Popping the top button loose, she worked her way down the line of buttons until his jeans gaped open. She quickly discovered he was going commando under his jeans when she rubbed a finger to the short curls at his groin.

At her throat, his hand flexed. His pupils dilated, and his breathing turned sharper. “Because we’re connected. On a level I can’t begin to describe, in a way I’m not sure I can comprehend. All I know is that you are important and that means you need to know exactly how I feel about you. All of you.”

His words hit her hard. No one had said anything of the sort to her before. There was a deeper meaning behind them. She wasn’t ready to dissect them yet, but later she knew she would. All she could do right then was fist the front of his jeans and push to her toes to kiss him. She didn’t have any words to give back, her mind, and tongue too tied in knots to try. But she could maybe make him understand that she got it with a kiss.

The hand at her throat slid around into her hair as he deepened the kiss. His tongue slid over hers to tangle with it. Moaning into the kiss, she pushed at his jeans until gravity took over.

She felt him shift to kick them away, and then his body was pressed up tight against hers. With the hand in her hair and the other that landed on her ass, he began to move her. Until she felt the bed at the backs of her legs, she hadn’t cared where he was guiding her. In that moment, she needed him with a growing ferocity that scared her.

Twisting, she pushed him to his back on the mattress. A knee next to his hip helped her up to straddle him. Then their mouths were fused together again. Another moan tore from her as he rolled, and pushed them further up on the bed. The sensations bombarding her when he settled his body to hers nearly had her coming apart at the seams.

It had been too long since she’d had the intimate touch of a man. But never, not once, had she truly felt this in tune with another person as she did with Lance. Both a terrifying and extremely liberating sensation. Now if only she could convince him to move things along.

The Rhythm in the first book in the series Living Victorious. It is the story of the drummer Lance West and how after hearing and reading a paper about how Jennifer Mitchell wanted to interview the band, he had to meet her. Sparks flew the minute they met each other. She tried to stay away from him but with the help of his agent, they got together. There is a secret that he has that no one knows and he has to tell her before their relationship can go any further. The guess is will she accept him after he tells her. Great love story with a little drama and strong characters. Not sitting on edge all the time but very relaxing to read and enjoy!!!

Did not disappoint.....I have been waiting for this book it seems like forever! Because I knew it was a book about a band, I had to get it! Lance plays the drums, and Jennifer is a reporter who has the opportunity of a life-time to print the first article with the band consent about their lives on the road, ect. I love the relationship between Lance and Jen, and how they fell for each other by just getting to know each other on the road. Lance was a sweetheart and treated Jen like his queen. It did have the right amount of loving in the story, and I cannot wait until I read about the other band members! Great Job Mrs. Callahan!