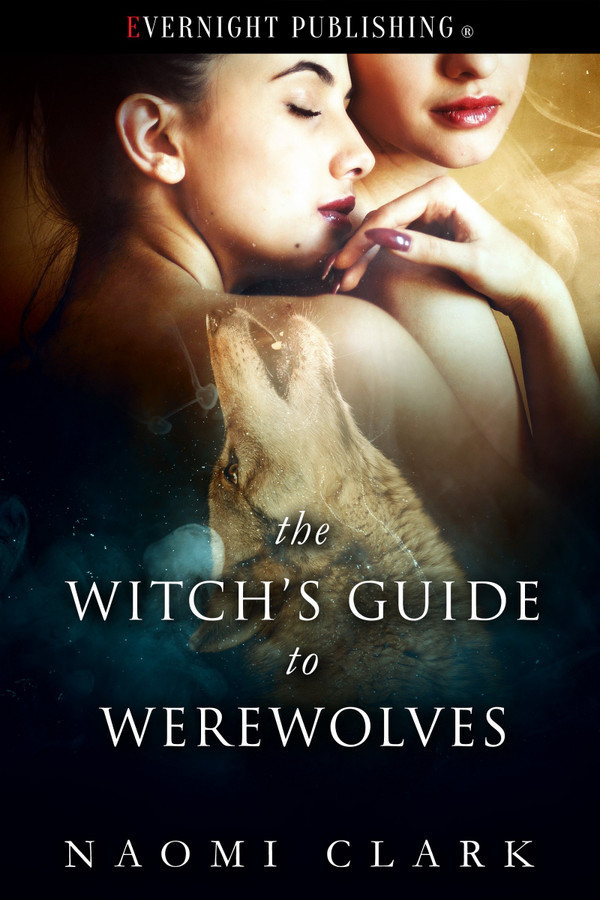 Callie McIntyre believes in a lot of things. She believes in tarot cards and moon magic, and that's the reason her last girlfriend left her. But she never believed in werewolves until she meets Devon Miller out in the woods one night.

Devon's story is crazy, but who's Callie to argue about it? With a full moon fast approaching, Callie is determined to help Devon tackle her fears. Sure, neither of them know a thing about werewolves, but with another reluctant lyncathrope in tow and all Callie's witchy optimism at work, surely they can get through Devon's first full moon in one piece... Right?

Callie’s dreams were unusually vivid and surreal, full of whirling images that she only half-remembered when she woke up to the gentle chimes of her alarm. Only one fragment stayed with her as she blinked sleepily at her duvet. A wolf howling at the full moon, his cries painfully lonely. She felt strongly it was a he, too, not a she-wolf. Did that mean anything?

She slid out of bed and went back to the altar, frowning down at the tarot cards. Her gaze drifted to the Hermit and she thought of the mysterious, possibly villainous Noah.

Excitement propelling her, she rushed to the guest room and flung the door open without thinking to knock. “Devon! What if—oh!”

Devon stood at the window, wrapped in the duvet. Her upper back and shoulders were exposed, showing off a fading summer tan and lithe figure. Her short hair was appealingly disheveled, and when she turned in surprise at Callie’s dramatic entrance, the duvet slipped just enough to show the enticing curves of her breasts before she absently tugged it back up.

“Are you okay?” she asked Callie.

Callie had no idea if she was okay. Her cheeks were flaming hot, and she had a sudden vision of herself, her strawberry blonde hair a tangled nest, her pajamas… Oh goddess, I’m wearing the dinosaur pajamas, aren’t I?

“I did actually,” Devon said. “This room is just so peaceful.”

“It’s the lavender,” Callie said. “So. I had an idea, I think. About your … everything.” She found herself blushing again and wished that either Devon was wearing more than just a duvet or that she was wearing something other than dinosaur pajamas.

Callie McIntyre is taking a walk in the woods to say goodbye, to say farewell to the past six months of grief and mourning as she puts her breakup behind her, and to open herself to the hope and happiness of the future. Instead, she finds someone in her favorite moonlit meadow in desperate need of comfort. Crying like her world has ended, Devon confesses that she was bitten by a werewolf, and now she’s just waiting for the inevitable when she turns into a bloodthirsty monster. Instead of responding with shock or horror or even disbelief, Callie invites Devon to get some coffee with her and listens with her whole heart to Devon’s story. As someone who has never met a dream she didn’t think could come true, Callie is willing to give werewolves a chance. And if Devon needs help transforming, if she needs answers and help and a friend, Callie is right there for her. Callie is a witch. She believes in the wisdom of the tarot, the power of meditation, and that doing good, putting kindness and gentleness and joy into the world, is what will bring the most happiness. She’s not a fool — no matter what her ex girlfriend, Melissa, thinks; she knows magic isn’t real, but her faith is as much a part of her as her heartbeat. It ties her to her mother and grandmother, to all of the women of her family who have practiced these traditions, and when Melissa encouraged her to get over it, to get past the trendy, childish pagan nonsense, Callie accepted the end of their relationship. Devon, when she enters Callie’s life, is never once compared to Melissa. (Callie doesn’t even think about her ex, to be honest, more concerned with living in the here and now.) Devon is only, ever, who she is. She’s warm and open and, like Callie, quick to act to help those around her. When a friend of Callie’s ex tries to make a scene, Devon is quicker to smile, comfort, and protect Callie, and help her through the confrontation. She stands between Callie and danger, but never once tries to stand in Callie’s way. This short novella is like sugar frosting on top of a cookie. It’s sweet and cute and bite-sized and I really enjoyed reading it. Callie and Devon talk like real people and have a real, genuine chemistry. Even Noah, the werewolf who bit Devon, is treated with sympathy and humor and I ended up liking him almost as much as Callie. Really, this is just a charming story about werewolves and witches and friendship and I recommend this book, especially if you need a pick-me-up or just something sunny in your life. The writing is good, the pacing is good, and I’ve added this author to my watch list for future books.

Callie uses new moon magic to release the old and welcome in the new, including her ex-girlfriend. The new comes in the form of a female crying in the woods, telling her she has been changed into a werewolf. This novella is light-hearted and moves along at a fair pace whilst still giving you plenty of time to process the story, situations and characters. Callie is a wonderful character who stands firm in what she believes and her optimism for the future. Devon struggles with her werewolf side as she is stressed considering her first change. Together, these two are magical! Callie has realizations of her own as she works with Devon which only enhanced the story. This is the only book by this author I have read but, based on this, she is definitely an author I will keep an eye out for in the future. A brilliant book absolutely recommended by me.