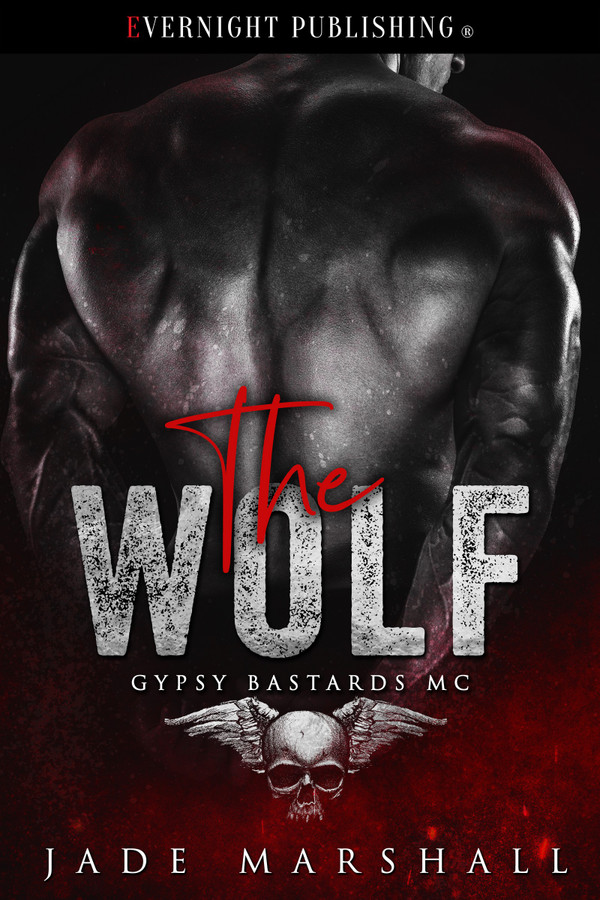 Being hurt and alone is nothing new to Hadley. She's survived on her own for as long as she can remember, and no one will dictate the way she lives her life. With loss and pain dominating her memories, how can she put her faith in someone again?

Having no one to depend on besides his club has hardened Brandon to the outside world—and it's exactly how he prefers it. The moment he lets people get close they always find a way to backstab him. There's no room for love in his world.

Hadley and Brandon need a reason to let their walls down and let love in. Can two broken souls find a way to save each other?

Moving on from the disappointment of Wolf not stopping me, I get comfortable. I get out of my jeans and sneakers, loosen the knot in Wolf’s t-shirt, and bundle my hair on my head in a messy bun. My hangover has completely left me and I decide to have a glass of wine and relax. A knock at my door has me putting down the glass and moving toward it. Storm sent a message earlier, saying she would be stopping by later to check on me. I don’t check the peephole but fling the door open, expecting to find her on the other side. Instead, Wolf stands there staring at me. His gaze scans me from top to toe before a mask of rage covers his face. He propels me back into the apartment, shutting the door behind him with the heel of his boot before he crowds me against the wall.

“Do you always answer the door half fucking naked?”

His voice is a low growl that causes goosebumps to pop up along my arms. “Huh?”

I know what he’s asking, but having him this close to me has fried my brain.

“Or were you expecting someone else?” He stares deep into my eyes as he waits for an answer.

“Who do you think I would be expecting?” Goading him probably isn’t the best idea, but at this moment, it’s all I have.

“Justice? Or perhaps whoever taught you how to ride on a bike?”

A burst of laughter leaves me. When it comes to this man, I rarely react the way I’m supposed to.

“Justice? Sure, he’s cute and all, but he just turned eighteen. That wouldn’t work for me. As for the riding, he won’t be coming around again.”

“So, you simply walk around half-naked and open the door without even checking first?”

Staring up at him, I have no answer. He steps closer and stands against me. His erection presses into my stomach and a sound I don’t even recognize leaves me. I sound wanton and needy.

Before I can comprehend what’s happening, Wolf crashes his mouth down on mine. His kiss isn’t soft. He runs his tongue along the seam of my lips before nipping at my bottom lip, prompting me to gasp. The moment my mouth opens, his tongue invades inside. His kiss overwhelms and dominates me, triggering my body to melt into him.

His hands glide down my back to grip my ass as he lifts me into the air. Wrapping my legs around him, I pull him closer to me. He grinds his considerable hard-on against my pussy and I moan out loud again. Not having had sex in over three years has clearly turned me into a wanton slut. The feel of his hands, lips, and erection drives me to the brink of insanity. With his body pressing me firmly against the wall, his hands are free to roam over my body.

His left hand slips beneath the hem of my t-shirt and works its way up to my breast. Then he holds my breast before giving it a slight squeeze. The roughness of his hand adds to the sensations he’s creating. Taking my nipple between two of his fingers, he pinches it while grinding his erection against my center. My orgasm takes me by surprise and I whimper into his mouth. Never have I come so quickly for a man, especially with him barely having touched me. Wolf presses his face into my neck, panting heavily while I come down from my high.

“Shit.” He draws in another deep breath. “I didn’t mean to do that. I only want to talk to you.”

Nodding is the only reply I have for him. All capacity to form words and sentences has fled me. Slowly, he lowers me to my feet, but he doesn’t let go. Instead, he tilts my head back and kisses me again. This kiss is soft and exploratory and unrushed. My hands move of their own volition, around his neck and twisting into his hair as he slowly continues to seduce my mouth.

“I’m going to leave before this goes any further, but I want to get to know you. I want to spend time with you. Go out with me tomorrow?”

“I can’t.” My reply has a scowl instantly appearing on his face. Touching my lips to his, I explain, “I’m on shift tomorrow.”

“Fuck that. I’ll sort that out as long as you give me a chance.”

He looks so hopeful as he waits for me to answer. After I nod my agreement, he kisses me before he pulls away.

“I’ll pick you up at six. You should wear something comfortable.”

He grabs my phone and programs his number in it before calling himself. He lightly kisses my forehead before returning to his motorcycle, leaving me behind wanting more.

Hadley has had her share of MC’s and is determined to keep her distance. Unfortunately for her, she attracts the attention of one of two local clubs and it’s not in a good way, nor are they a good club. In fact, they are more like the club she is currently hiding from. With the help of a friend, she is introduced to the Gypsy Bastards who have their ethics and morals that do not include hurting women or children. Wolf finds himself fascinated by her and doesn’t therefore always think with his big brain. Hadley is not only a survivor but she is a fighter too. She is not prepared to take anything lying down and certainly stands up to Wolf when she needs to. He is a man who has already suffered loss and wants nothing more than to protect Hadley at all costs. There is a LOT of miscommunication in this novella! I can’t see it any other way though, so it works. There are numerous characters in this novella, all with stories I would love to see. With great situations and characters, this was a brilliant way to start a series and one I hope to see more from. Definitely recommended by me.

The story line and character work were good. The book had a fairly smooth flow to it. This was a great start to a series. I look forward to more from this author. I received a free copy of this book via Booksprout and am voluntarily leaving a review.

I loved this story from start to finish. The characters were all wonderful and easy to get into. I will read more from this author. I received a free copy of this book via Booksprout and am voluntarily leaving a review.

Jade Marshall did a great job The Wolf, the plot was strong, it was filled with many emotions. The story was written well. Hadley and Brandon were strong characters. Their journey was rough, both have been through a lot but both were fighters. They were good for one another, healed each other. Their connection and chemistry was strong. They were made for each other. I enjoyed this story, it was great. Thanks, Jade Marshall. Great work :)

WOW!! It is a book I couldn&#039;t even put down for one second. It captivated me from the beginning till the end. I am such a sucker for love, humor and action, all in one story. I just loved it. I can&#039;t wait for the next book in this series.