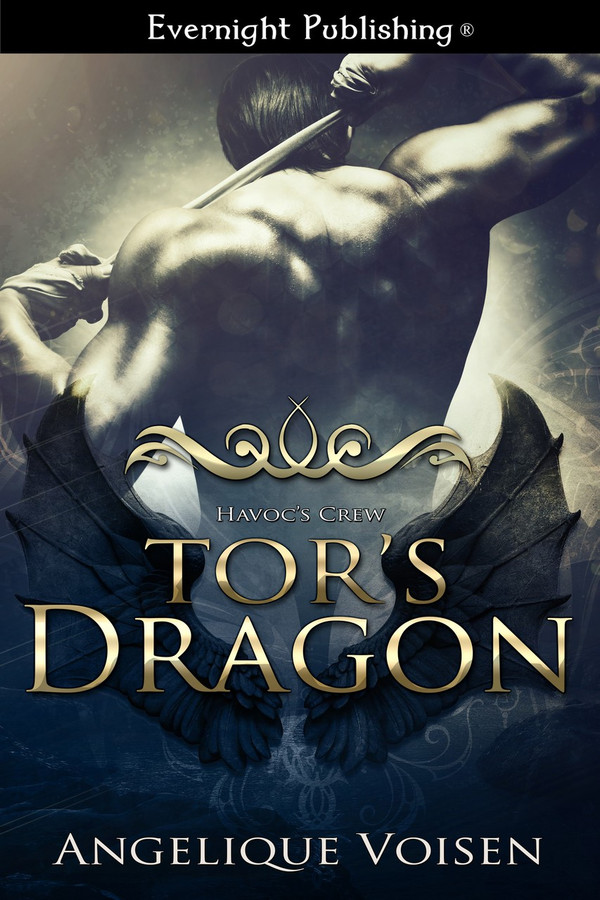 Consequences. Making the wrong move led to bad places. Tor should have learned the hard lesson by now, but he’s a slow learner. Questioning the dragon shifter who tried to kill his brother should have been easy. Torture is Tor’s specialty, but Tor finds himself eager to partake in some debauchery when he finds an eager submissive in Kelas.

Kelas Cervantes is a half-blood dragon. Among his clan, being gay is a crime worse than death, but Kelas does what he wants. He’d follow orders, but only from a man capable of bringing him to his knees. And Kelas believes Tor’s the right man for the job.

“You made me wait.” Kelas had the gall to complain.

Well, Tor’s tactic to isolate him by locking him up from the rest of the world and instilling some fear in him failed fantastically.

Without clothes in the way, Tor had an unrestricted view of Kelas from top to bottom. Head crowned with short dark hair, Kelas’ features were slightly rough, but handsome. It had been the tiny details Tor had been drawn to though.

Kelas’ nose was slightly crooked from being broken a few times, and a small pearl-like scar cut the left side of his bottom lip. Tor also didn’t fail to notice how the restraints above his head stretched his lean golden frame taut, making his faded white scars and black ink stand out against hard muscle.

It didn’t help that Kelas’ cock jutted out proudly between his legs, pointing skywards and begging for release. The fucking bastard was getting off on this, on being tied up and completely under the mercy of his captor. Sick asshole.

Then again, did it make Tor even sicker, if his own arousal showed through his jeans?

It was so tempting for Tor to abandon all reason, grip Kelas against him, and put his mouth and tongue to work. Trace each mark from tip to end. Make Kelas his personal canvas, his to mark and claim. What would it be like, to see Kelas discard his mask of defiance and see him cave, bowed, wearing nothing but the bruises, bite marks, and fuck, his beautiful sun-kissed skin weeping with the blood from the cuts Tor made?

“It’s been so long since anyone looked at me like that.”

Tor looked up sharply, mercifully yanked from his inappropriate fantasies. Locking gazes with Kelas had been a mistake. Those dark eyes, which revealed nothing when he first gazed upon them, now showed too much. Dark and eager desire, a mirror of Tor’s own, waited to be sated. There was challenge in there too. Come and find out, those eyes said. Push us both to the edge and see where it leads. Trust me, you won’t be disappointed.

“How exactly am I looking at you?”

To distract himself, Tor crossed to the end of the room and dragged out the table containing his tools. He made sure Tor heard the scraping sound of wood. He’d hoped to get him agitated a little, but no such luck.

“Like you want to consume me whole, with the intention to leave nothing behind.”

This was a good book. I liked the characters in this book. The story line was good.