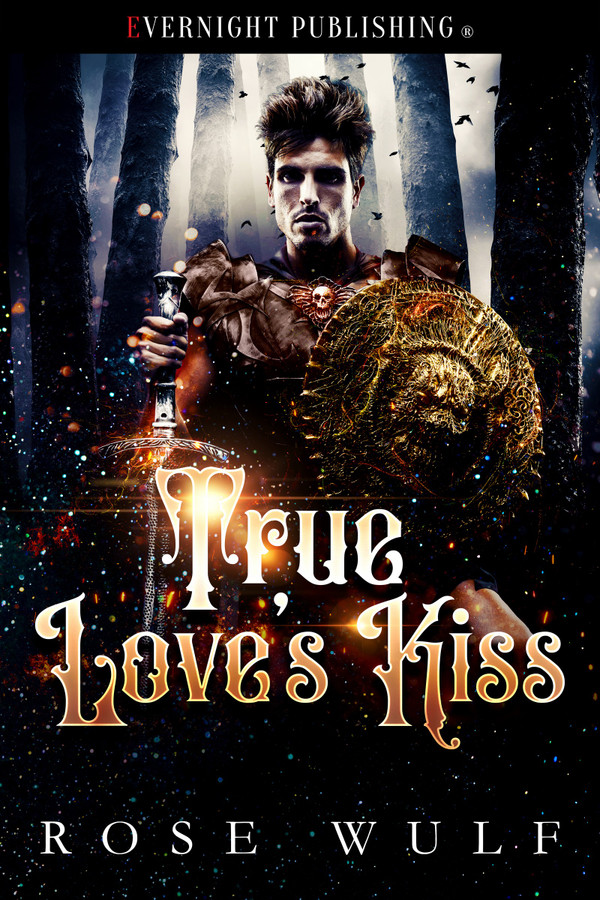 Dragons are extinct. Creatures of myth.

Or so Audra believed, until one snatched her mother up off the ground before her eyes. Were it not for Griffin’s timely arrival she would be dead. At her insistence, Griffin took her in and began to train her, bringing her along to see the hunt through. She expected the road to be tough. She didn’t expect to fall in love along the way.

He wasn’t a knight. His armor didn’t shine. But he was her hero.

Would he be enough to kill the dragon before it burned down her hometown? Or would she need to draw on the mystery magic her three aunts said flowed through her veins?

“Why do you hunt dragons?” Audra asked sometime after they’d started walking.

“Because they’re a threat to humanity,” Griffin said. “The fewer dragons there are, the fewer people will die.” Of course, there was a nearly infinite number of other ways for people to die, but he was only one man. He wasn’t looking to be some kind of superhero.

“That’s not what I meant,” Audra said. “I think I have a good idea why dragons are bad. I want to know why you hunt them. What does it mean for you? What do you get out of it?”

So they were back on that topic, then. It wasn’t the first time she’d brought it up. “It’s in the family,” he explained. “For as far back as we have record of, the Phillips family have hunted dragons.” Supposedly, he was descended from royalty, and after the death of King Hubert, the prince chose to pursue the dragon responsible instead of taking up the throne. That was the way Griffin had heard it, at least.

“A family tradition, huh?” Audra said, her pace slowing. “I was expecting a tragic backstory…”

Griffin stopped after stepping down the short, rocky slope and held out his hand to help her. With her feet banged up, the loose, jagged rocks would be harder to navigate. “That’s how it started.” There was more to tell, but he was surprised with himself already at how much he’d said. On the occasion when he rescued someone, and when that victim chose curiosity over silence, he usually skirted the topic. What was it about this woman that compelled him to be honest with her?

That answer wasn’t so easy in coming, but when her hand grabbed a hold of his and he pulled her toward him to take the brunt of her weight, he felt something else. A different kind of stirring. One that had nothing to do with dragons or family legacies. She braced herself on his shoulder as he set his other hand on her side and he lifted her over the ledge, setting her carefully back on her feet. Too close. Inches separated their bodies and from the flush building on her cheeks, she’d realized that, too.

Griffin drew a breath through his nose and forced himself to let go. His self-control was usually fantastic, but every time he got too close to her, he felt it cracking. It was as if he was drawn to her.

Audra stepped back and brushed some hair out of her face. “Thanks,” she mumbled.

He inclined his head and started forward again. A few minutes passed before she spoke again.

“You’re going after him, right?”

Audra increased her pace until she was again walking at his side. “The dragon that attacked me and … killed my parents. You’re going after him, aren’t you?”

He stopped so fast he nearly lost his balance. “What?”

She faced him, a stubborn set to her feminine jaw. “Take me with you. Teach me how to help. I want to be there when that murdering bastard dies.”

“No.” No way was he taking on some sort of dragon-hunting apprentice, let alone for a revenge kill. No matter how much she narrowed her eyes or if she dropped to her knees and begged. If he took the time to train her, he’d be that much farther behind.

“Griffin,” she started, “please. I’m sure it sounds like an inconvenience, but I’m a quick learner. Teach me some way to be useful to you and take me with you. I don’t have to be the one who delivers the killing blow. I just want to be there.”

He returned her glare for several seconds before turning his back to her and resuming the overgrown path to the rental car. “No,” he said again. “Wanting to be there isn’t enough. Someone else for the sake of someone else slows the hunt down. My answer is no.”

“Griffin!” Audra snagged a piece of his sleeve, not trying to halt him but seeming to want him to look at her again.

She didn’t let go. “You might not understand,” she said after several seconds, her voice softer. “And it probably sounds stupid. I never even believed dragons existed this time yesterday, but now … now I’m scared.” She twisted her hand a little in his sleeve. “I don’t want to slow you down. I just … I need to know when it’s over.”

His feet stopped moving and he closed his eyes.

It was such a terrible idea. He didn’t know the first thing about teaching anyone more than basic survival skills. How was he supposed to teach this woman enough to be anything other than a hindrance on a hunt that had already taken him the better part of a year? He didn’t know. He only knew that he couldn’t ignore the plea in her final statement or the desperate grip she had on his shirt. When he looked at her again, saw her watching him, waiting for his answer, he knew one other thing he wouldn’t be able to ignore.

Griffin slipped his fingers into the hair at her nape, cupping her cheek and jaw with one hand, and stared into her eyes. “You’re probably going to regret this,” he warned her. Then he bowed his head and sealed his lips over hers.

What would you do if you saw a dragon eat your mother and the same dragon kidnapped you and your father for a later time? That’s what happened to Audra when she was on a picnic to celebrate her birthday. While in his cave, her father died trying to save her from Malik. the dragon that took her for lunch. The only reason she lived was because she ran into Griffin. Griffin is a real-life dragon hunter and happened to be at the right place at the right time to save Audra’s life. He had been hunting Malik for a year but the dragon’s canny ability to escape every time they meet has made it difficult to kill him. When they are in a safe environment, Audra begs Griffin to go with him on his hunt. She knows that she won’t be able to help but she wants to see that Malik is dead. The story is more character driven instead of plot driven. Audra is the typical young woman before her world turns upside down. Yet, she finds out that she has a spine of steel as she recovers quickly after the shock of finding out dragons are real. She also starts to learn the basics of self-defense every day and she finds it harder than she thought. She does these exercises every morning in the woods on their way to find Malik again. This is a great scene that shows her practical side. Her trust in Griffin is absolute, for example she allowed him to provide medical attention with the minor burns she received from Malik with berries she never seen before. When Griffin and Audra share a kiss, it shows the both of them that they have a great deal of chemistry. He tries to ignore their attraction but he doesn’t have much of a chance. There a few things that I thought could be changed or expanded upon. I would have loved to learn more about Griffin’s life before Audra met him. As he had a magic sword and shield, I would have loved to know how they were made and how his family acquired them. It would have been nice if we had more background about Malik and Griffin’s relationship. Audra’s past would have been nice to know, too, especially as she learns that she has magic. I really enjoyed watching Griffin and Audra’s relationship blossom. He allowed her to learn how to fight even though she was the only one that he had ever taken under his wing. He helped her to grow into herself and also opened his heart. I enjoyed this sweet read with a different plot about dragons and dragon slayers. It’s full of fun characters that are well developed with some humorous parts.