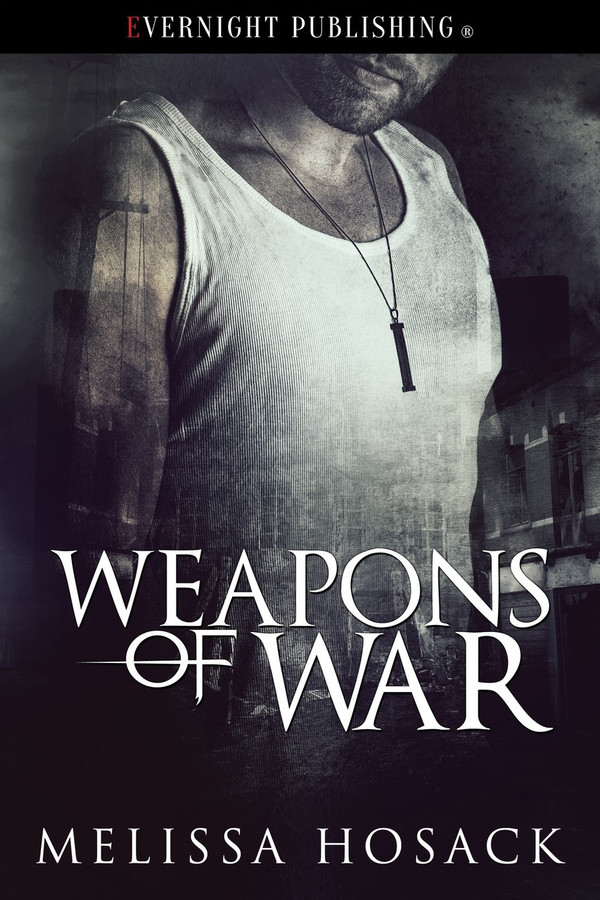 After the zombie apocalypse, civilization is a thing of the past. Life has become nothing more than survival...

Parker is a young woman with few options. She has grown up inside the walls of a guarded community, never experiencing liberty beyond the small few acres of land within the gates. Even though under the protection of one of the community’s soldiers, her security isn’t free. She trades her body—the only weapon at her disposal—for Brett’s protection. She gives a man she knows nearly nothing about the only thing she has to offer—herself.

After years of hollow nights in Brett’s bed and living like a prisoner, Parker wishes for freedom. It’s only after a zombie attack that overruns the community that she comprehends the error of her desires. Everyone she’s ever cared about is dead, and the only person left is the man she wished to escape.

As Parker and Brett struggle for survival, she realizes his feelings for her may reach beyond the simple living arrangement she’d suspected. He came back for her when the community fell. He risked his life for her and continues to place her safety before his own. If the two of them can endure the upcoming trials, she might discover there are some things still worth living for.

Something slammed violently against the door behind Maggie. She gave a cry of fear and spun to face it, backing up slowly toward me. A second bang sounded and the door shook in its frame. “It’s not going to hold,” she whispered. “It’s not going to—!” She gave another cry of terror at a third loud bash that split a crack down the door’s center.
“Parker!”
I jumped at the holler that ripped through the air. The voice was so familiar, but I’d never heard it say my name before. “Brett,” I whispered. I touched a hand guiltily against my throat as I realized I hadn’t thought about him at all. Everyone around us was dying, being torn apart by monsters, and I hadn’t even spared a thought for the man I lived with.
“Parker!”
Hearing the fear in his voice shook me, but it also gave me the courage to answer him. “Brett! Brett!”
“Parker!”
I’d been looking for him, but at the cracking of wood and Maggie’s scream, I whirled back toward the door. She’d been right when she said it wouldn’t hold. The door sailed off its hinges, hanging limply.
I reached out for Maggie, but she shrugged out of my grasp. Rushing forward, she forced her body up against the decimated door. She pushed against it, trying to hold it in place.
“Maggie! What are you doing? You can’t hold it. We need to go. We need to run.” I took a step toward her, but she stopped me with a glare.
“Don’t you dare,” she said with a tearful demand. “I watched my son die. I won’t watch the same thing happen to you.” Something hit the door behind her and she stumbled. After a moment, she was back against the door and digging her heels into the ground. “Run. Find Brett. He’ll take care of you.”
“Maggie, you can’t hold that door! It’s crumbling.” In the background, I could still hear Brett hollering for me, but I ignored him. Maggie was family. I had to ensure her safety first. “I’m not leaving without you.”
“You are!” Her voice was a harsh demand, leaving no room for question. “I’ve lived a long life. Too long … I’m tired of running.”
A hand poked through one of the cracks near her shoulder. Bloody fingers scraped and scrabbled at the wood, peeling it away.
She glanced at it, shuddered, and then returned her attention to me. “I don’t want to run anymore, sweetie. I’m done.” She glanced at something over my shoulder. “You’ve got your whole life ahead of you still. Go. Live it.”

what a read loved this book

what a read loved this book