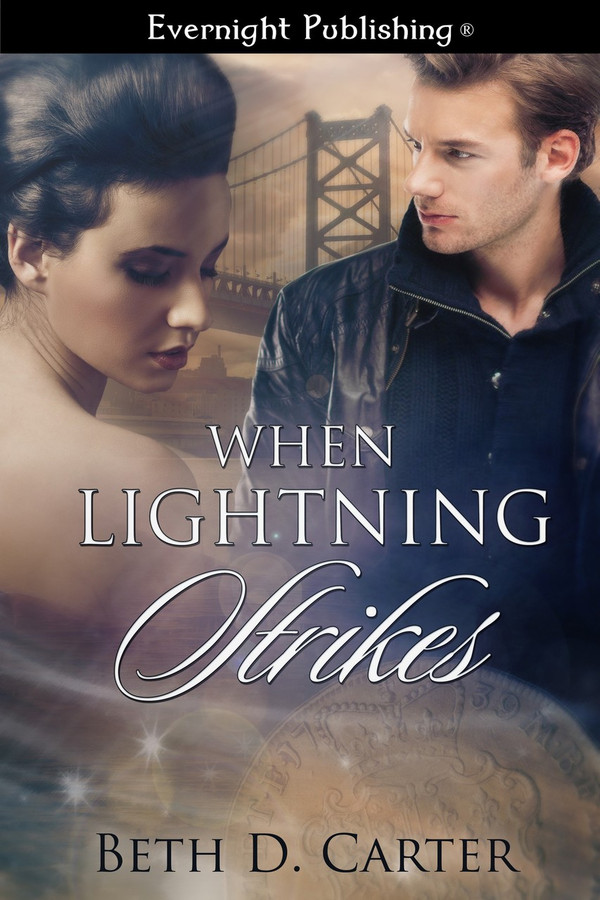 Micah John drifts through life relying on his ability to count cards in the seedy underbelly of Las Vegas.  One bad turn has him owing a hundred thousand to an unscrupulous loan shark, with only a week to come up with the cash.  He doesn’t have time for much of anything, except working and worrying.

He sure the hell doesn’t have time for a woman claiming to be from 1794.

Henrietta Knapp is trying to wrap her brain around the fact that she’s out of her time.  A bolt of lightning has brought her more than two hundred twenty years forward.  Why? She doesn’t know. Not until Micah John appears.

As mistrust and fear drain away, Micah John and Etta find a love that outshines the bad and the ugly.  But will they be given the chance to hold onto a happy ever after, or will the lightning strike again?

“Take me inside you,” he told her in a thick voice he barely registered belonged to him.

“Ease me inside you. You control it.”

He saw comprehension flare in her eyes as she used her knees to push herself up. Fisting his cock, he held it up for her, watching. She bit her lip and slowly went down. It took all his strength not to surge up into her and how he managed to keep it together, he would never know. Her channel was so fucking tight. Tight, hot and wet. Little by little she eased down, until he felt the barrier and he knew this was the part where he had to take over. So he began to play with her clit, teasing it, tapping it, until she was once again moaning and her juices were running. And just when she seemed to fly apart from his ministrations, he surged upward, impaling her.

Her shocked cry halted him, even though gravity now took over and she came down upon his cock until he was seated all the way into her heat.

I love time travel stories and this one didn&#039;t disappoint. It&#039;s fast paced and makes the unbelievable - time travel - seem somehow possible. I enjoyed the read very much and will be looking for other titles from this author.

Beth D Cater did a fabulous job with a new twist on a time travel romance. She had the heroine travel forward in time. I loved every moment in this book in fact I couldn’t put it down and at the end I was so caught up, that I had co-workers giving me strange looks in the lunch room when I had to clear my eyes of happy tears. If you love time travel romances then I highly recommend this one. I recommend you clear your afternoon because once you start you won’t want to put it down till the end. I do want to add for fairness I was provided a copy and no cost with the request to give my honest opinion. In my honest opinion the novel was well worth my time, I enjoyed every moment reading.