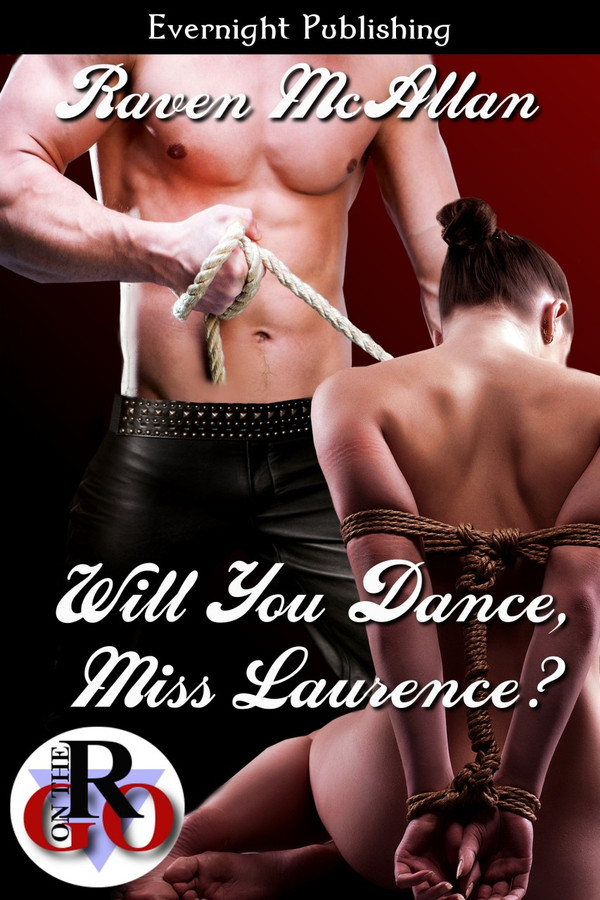 Dancing lessons were supposed to be fun, but who ever heard of attending them without your knickers on?

Shibari Master Ryan is intrigued by Ava, so when his cousin asks a favor, he is only too happy to help Ava out of the rut she says she is in.

Will her past allow her to enjoy his bondage, or will true submission prove a step too much?

"I expect you to answer me, Ava. You did it so beautifully when we last met. 'Yes, Sir' will be the proper response. So, I ask again, are you ready for your first lesson?" She swallowed and Ryan guessed she was wondering if she did indeed want what lesson he could teach her. He could almost read her mind, her face was so expressive.

"Yes, I think so. Oh, er, Sir." The last word tumbled out as if she was worried he would walk away without the title. Ryan chose to ignore her hesitation.

"Good, take off your dress." He folded his arms, as he wondered how she would react to such a direct command.

"You heard. Take it off or walk away. Your choice. From now you do as I say." He didn't elaborate. He knew it would be no such scenario. Any person could negotiate a scene, and if they chose to, then walk away. His stark order might be cruel, but Ryan was intrigued just how Ava would react. He had a feeling that under her quiet demeanor was a hot, feisty woman just begging to be let free once more.

Dammit, is this Morse code? Because it’s a helluva long while since I was a Boy Scout.

"Then I go." Ava walked past him, stopped and made her way back to stand in front him once more. Her five foot three height made her crane her neck to look up at his face. "I do nothing without freedom of choice, mate."

"Sir. And good, that’s what I wanted to hear. Let's talk." He took her arm and walked to where he'd put the bench earlier and wished he could adjust his cock, which was rubbing his leather trousers as it swelled and demanded attention. Her attitude was one he preferred, and Ryan looked forward to their exchanges. He was under no illusion that they would be many and less than fiery and often. "Sit legs astride, there's a good girl. Let your pussy feel the leather. It might be soft, but It will make you wet. Are you going to stain my bench, love?"

"What?" It was a squeak rather than a word. "Oh god, I can so not do this. I'm sorry, and I don't even know your name, but this is so not me. What on earth made Jane think I'd want knickerless lessons is beyond me. Seriously, I'm sorry I've wasted your time, but I'm not who or what you want. Whatever that is, it's not me. Really, it's not. Hells bells, I'm an ordinary overweight thirty eight year old widow with a dr…well with nothing that would interest you I'm sure. So Mr. ... Sir … er, whatever, I'll be off." She tried to tug her arm away from him.

He'd never met anyone who could babble so much so fast, and still have breath left. He held his hand up, and to his surprise, she stopped the pull. It was just as well, because she had the stamina and strength of an anchorman in a tug of war team. He grinned inwardly. Definitely not the build of one though.

"Calm down, sit how you want for now, and listen to me." She glared at him, and Ryan knew she teetered on the edge of acquiescing or slapping him senseless. However, she nodded and perched on the edge of the bench, the skirt of her dress tucked firmly under her and tight across her legs. Ryan was certain she had no idea how enticing the dark shadow of her pussy curls was. Even though he preferred a smooth hairless cunt, he wanted to be the one to make it so, and this hint of things to come had his body taut.

"Okay, but no siring or anything…"

He chuckled, he'd bet his new cuffs he'd have her Siring him before she left.

"My name is Ryan. Ryan Culliver." He saw the moment the significance of his name registered.

Ava believes she’s going to dancing lessons, at least that is what her best friend told her. She’s in a rut and needs to try something new. Ryan, the dance instructor, turns out not to be the kind of teacher she expects. He’s not there to teach her ballroom dancing at all. When she discovers that he in there to introduce her to BDSM she is initially freaked out and curious as to why her friend sent her here. But as they begin secrets from her past make her shaky to start or to explore this dynamic. Will Ryan be able to help Ava put her past to rest? Will Ava relax and be open enough to move forward?

Dance to a Different Beat by Raven McAllan