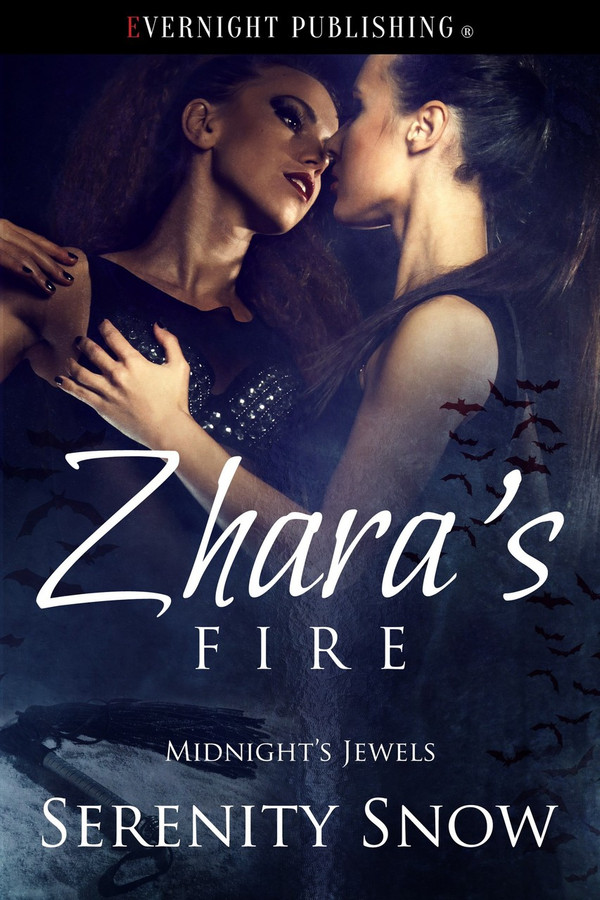 Zhara Barkline’s life has been fairly simple. She’s a successful club owner who’s content with her life despite her inability to approach the one woman she wants most. Then, one misstep from her cousin puts Zhara’s life at risk leaving her in the care of the woman of her dreams.

Ryle isn’t the settling down type. She’s a private security agent and lives for the thrill of the job. Being charged with handling Zhara’s security is no big deal. Ryle wants her, but can’t give Zhara anything real.

Zhara needs more than a fling, but as danger draws nearer the passion between Zhara and Ryle explodes creating a heat wave that might destroy them before any killer gets a chance.

“Are you okay? I know this is all a lot to take in,” she said as she crossed to her, holding her gaze.

Zhara shook her head. “I’m struggling to get my head around things,” she admitted. “Jeri said she was moving to Nice, and we’re mated.” The words came out in a rush.

“Yes, and moving to Nice isn’t exactly on my agenda.”

“Mine either,” Zhara said softly, and raked her fingers through her hair. “When were you going to tell me?”

“I just realized this morning, but I wasn’t going to say anything until it was necessary,” Ryle replied, and reached for her. She fisted her hand in Zhara’s hair and drew her close. “There was no reason to upset you further.”

Zhara put her hands on Ryle’s chest, brushing them over her breasts to rest on her shoulders. “You not telling me didn’t stop me from being upset.”

Ryle tugged her a little closer. “I can’t do anything about that.”

“You mean you won’t keep me,” Zhara said angrily. “That’s why you didn’t say anything. You don’t plan to follow through.”

Ryle grunted. “I could demand rights as your mate, but—”

“But you’re not even going to consider stepping up to the plate and claiming me.” She attempted to push Ryle’s hand from her hair. “Let me go.” When Ryle didn’t, Zhara ran a finger up Ryle’s arm, sending a trail of fire over her skin, and Ryle jerked back.

“Get. Out.” Zhara turned to head back to her desk.

Ryle grabbed her then, fingers closing around her arm. She glared down at Zhara. “Your mistake was always the same with me,” she murmured.

“I assumed you had balls beneath your no-commitment clause.”

“Wrong, darlin’,” Ryle said patiently. “You assumed beneath my animal nature I was civilized, that I’d ever let you go once I decided you were mine.” Her other hand closed around Zhara’s throat and brought her ever closer, until their lips were almost touching. “I wanted to leave the door open for you to walk out should you desire, but the invitation has expired.” She tightened her grip.

Zhara’s stomach dropped into her toes, but she didn’t think Ryle would actually hurt her. Still she shook uncontrollably, and Ryle’s nails cut into her arm.

“Scared?” Ryle jerked her head to one side. “You should be. A vampire bat is very predatory when it comes to her mate. She’ll stalk, she’ll kill, seduce, and she’ll even reach into her mate’s mind and take control of it. Which do you think I’m going to do?”

Ryle’s fingers slowly uncurled, and Zhara’s breath rushed out of her, shallow and fast. She swallowed convulsively. She’d seen Ryle break a woman’s neck, and right now she was having serious doubts about her own safety.

“Now you know why they say be careful what you wish for,” Ryle rasped the words out, then kissed her as she backed Zhara to her desk.

The kiss was blistering in its intensity and hard in its demand. Heat overwhelmed her and hunger tore at her.

The back of her legs brushed the desk, and Ryle lifted her onto it without breaking the kiss. Zhara pushed her fingers into Ryle’s hair and moaned as her tongued brushed against Ryle’s.

Ryle broke the kiss to look down at her with dark eyes, rich with desire. Zhara’s breath caught, and her shoulders heaved.

“You wanted me to man up? Now, you’re stuck with me, Zhara. Try to leave me and watch how fast I catch you and drag you back.” Her voice was rough and hard. “From this moment on, you’re mine. I own you, and what I don’t have now, I’ll claim soon.” She tugged Zhara from the desk and turned her, pushing her over it.

“Ryle,” she said, breathless with both excitement and trepidation.

Ryle yanked Zhara’s dress up and tore her silky panties down to caress her firm ass. “Now you want a safe word, scary little tease?”

“I just—the door—” She broke off when Ryle’s hand landed soundly on her ass. Pain skittered through her.

Ryle caressed the curve of her butt and leaned down to whisper, “Say ‘stop,’ coward,” she urged in a mocking tone. “You can’t handle the beast, can you, baby? You’ll never tame me, so what will it be?” She pushed her hand between Zhara’s thighs and cupped her sex.

“Say it,” Ryle ordered, and pressed her finger against Zhara’s clit. “Tell me to stop, Zhara. Tell me you aren’t so fucking wet right now and you don’t want my stamen up your tight little pussy.”

Great 4th book in the series even though I still believe The Boss&#039;s Daughter &#039; should be in there making it the 5th in the series