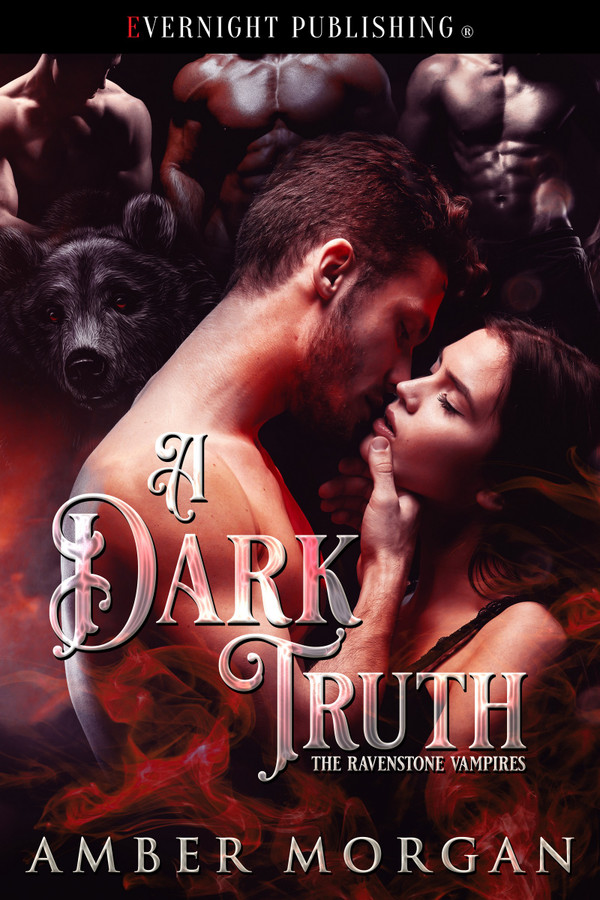 In the City of Lights, darkness is gathering.

Evie Bourne wasn’t expecting romance or glamour in Paris—not with violence escalating between the vampires and Divina Lux, and the Parisian vampires engaged in their own strange warfare. But the volatile situation is made even worse with every move Evie and her men make.

When everyone has their own agenda, who can Evie truly trust? And when her enigmatic sire, Rahab, finally arrives, Evie is faced with the hardest question of her unlife—is the vampire who made her just another enemy?

I made love to shadows, drifting in a sea of silvery mist, with great, swan-like wings cradling me. Gloved hands caressed my bare skin, sending cool shivers of pleasure through me as they carefully, reverently explored my body. My sighs were inaudible over the rush of the nearby ocean, but my lover felt them, I knew. I knew it from the fine shaking in his fingers as he slid his hands from my throat to my thighs, taking the time to learn every curve on the way.

Shadow and mist hid him from me. His wings obscured his face, and although I longed to see it with a yearning that made me feel weak and desperate, I knew if I gave in to my urges and pushed those glorious, cloud-soft wings aside, he’d leave me.

And that would break me.

So I let him hide the truth from me as he gently and deliberately stirred my body to exquisite ecstasy. He used those leather gloves to teach me new sensations, raising my nipples to aching peaks and bringing a hot, sweet ache to my core. I whimpered and begged, writhing in our dream bed, cool air whispering over my skin to contrast deliciously with the heat he created in me.

I stroked his wings, marveling at the satiny softness of his feathers. They were the most beautiful thing I’d ever seen, and the sight of them saddened me because they meant this was just a dream. In reality, he didn’t have wings. I wasn’t sure if he ever had. But here in this liminal space where we hung, weightless, timeless, and limitless, he could have wings. Graceful, angelic wings that filled me with both joy and melancholy.

“This is real, Evanna,” he told me, his voice like velvet across my senses, drawing fresh shivers from me. Just with his damn voice. “This is as real as anything else we’ve done together.”

God, I wanted that to be true.

“It is true,” he said, and as if to prove it, he dipped his wingtip down between my legs.

I gasped, shocked and entranced by the feeling. It was almost unbearable, that lightest of touches flicking across my throbbing clit. For a long, white-hot second, I forgot everything except that feeling. The rest of the world was just phantoms.

Suddenly, this dream was too much. My body was overwhelmed, my mind clouded. I could never think straight around Rahab, and this … this sensual, sexual interlude had me reeling, thoughtless and raw.

“Stop,” I said as he brushed his wings over my breasts, sending lightning bolts through my bloodstream. “Please stop.”