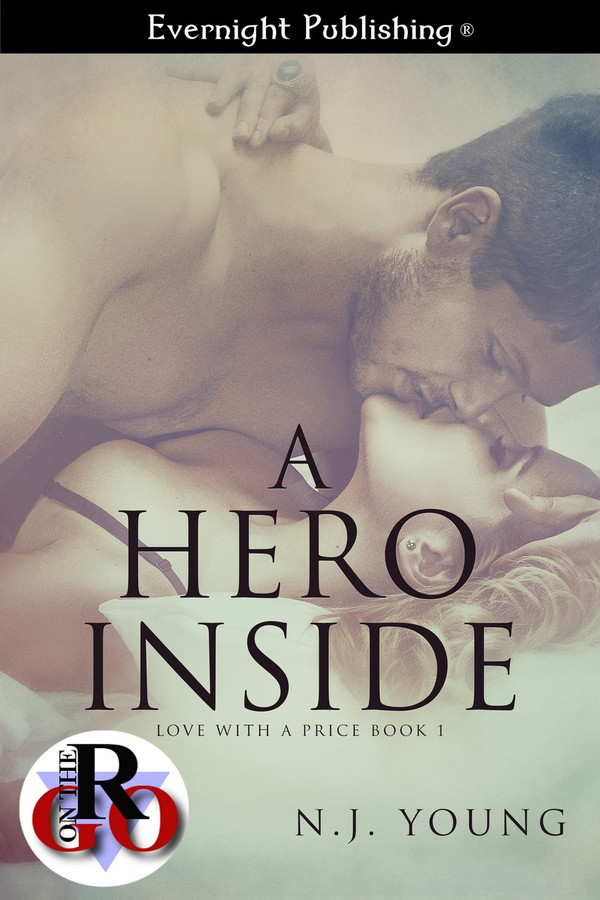 Love With a Price, 1

After bouncing around foster care homes as a kid, Tori Bennett abandoned her dream of having a family long ago. Instead, she is focused on saving money to finish her nursing degree, and seems content to adopt her best friend Becca’s family as her own.

On the eve of Thanksgiving, a handsome stranger saves Tori from a would-be robber. Tori can’t get this hero out of her head. Once she finds out he’s her best friend’s brother, life gets complicated.

Ethan Price has been running for years. After the death of his father, he shut down emotionally, deciding it’s easier to be alone than to deal with the pain of loving—and losing—someone.

Sparks ignite between Ethan and a gorgeous bartender after he saves her from a gunman. Once he finds out she’s the best friend of his little sister, Ethan has to decide if it’s worth the risk to stop running away and take a chance on love.

Ethan watched as she took a deep breath and then looked at him. He wished she didn’t look at him like he was a hungry wolf waiting to devour her. But then, that was a fairly accurate comparison, wasn’t it? He did want to devour her. Every inch of her. Oh, he’d bet she tasted sweeter than any pie.

“So, cinnamon,” she said in a rush. “I know where Sally keeps her spices in the pantry.”

“Tori.” He tasted her name on his lips, but she ignored him, rushing by him and opening the door to the huge walk-in pantry. She flipped the light on and walked to the back of the room. Well, if this was the only chance he had to talk to her alone…

“What are you doing?” She whirled around as he shut the door behind him and leaned against it.

“I want to talk to you.” He wanted more than that, but right now, he would settle for talking.

“About what?” She crossed her arms over her chest. Dammit, she was putting up her shield again, and he wouldn’t let her. He’d seen the way she looked at him through dinner. He knew he wasn’t making it up in his head. It took him only a split second to make a decision.

“About this.” In two steps, he crossed to her and wrapped one arm around her waist, pulling her to him so their lower halves were pressed together. As hard as he was when he was near her, there was no doubt in his mind that she could feel the rigid line of his erection pressed against her.

He knew he was right when her wide green eyes darkened. “Ethan.” Her hands came up to his chest and shoved at him. “What are you doing? Your mother is in the next room.”

Oh, he’d be damned if she was going to shove him away. Clasping her wrists in his strong hands, he backed her up against the wall and pinned her arms above her head.

Her breath had quickened, and Ethan could feel the pounding of her heart. “I…” She swiped that tongue over her lips and he had to bite back a groan. “I … uh…” She was staring at his mouth. “What was the question?”

Tightening his grip on her wrists, he knew he couldn’t resist her for one more second. Leaning in, he crushed his mouth to hers, and reveled in the moan that escaped her into his mouth. As her lips parted in an unspoken invitation, his tongue surged, sliding against hers. That torturous tongue of hers danced and played with his.

His natural dominance took over as she softened under him. God, he wanted her. He’d never wanted a woman as much as he wanted her in this instant. He angled his head this way and that, taking her mouth over and over again. When he released her wrists, she wrapped her arms around his neck, her fingers tangling in his hair, lightly tugging. The soft moans she made in the back of her throat flowed into him in an offering.

Hell of a book....you will definitely not be disappointed! Kept me from not wanting to put the book down. In fact, I read it in two days! I cannot wait to read book number 2.

I LOVED this story. Short, sweet, sexy and oh so romantic!! I&#039;m hoping we get the next book really soon.

Butterflies were roaming beneath her belly button. And they commenced rustling once danger rushed in with a gun. Her hero was born! To rescue her. It is a fantasy, yes. But the kind of fantasy that can happen to you, anytime. The cute little, uncomplicated, daydreaming follows you in a near reality, awaits for you around the corner. Invitingly. As it seems, in both fantasy and reality, the feeling is mutual: &quot;Tori swiped her tongue over her lips, and Ethan felt his cock stir. Damn, he couldn’t help but think how that tongue would feel on him. This was going to be a very long day.&quot; I have read &#039;A Hero Inside&#039; by N.J. Young on a frigid and cloudy morning of January. Reading this delightful novella goes like a piece of cake and will definitely brighten your day. I heartily recommend it to you.