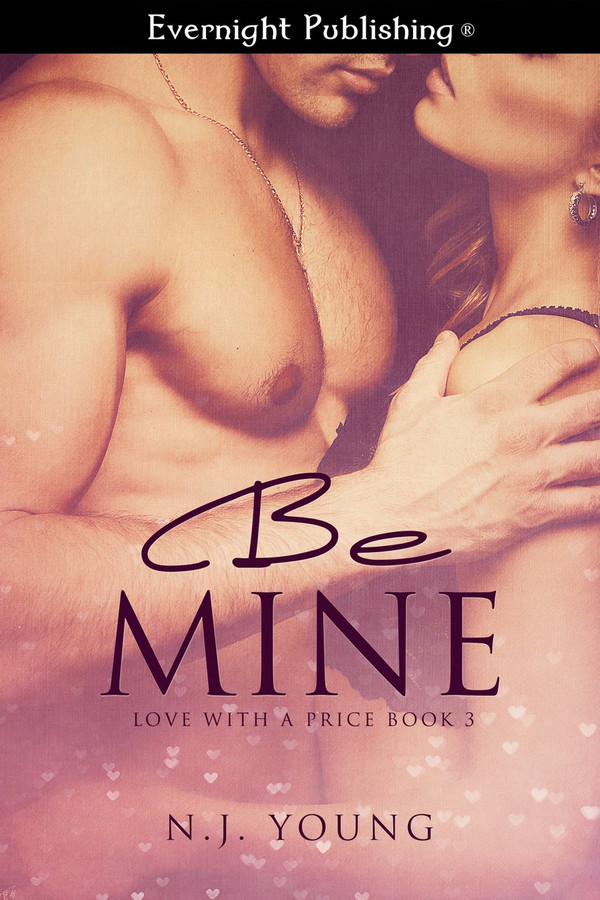 Love With a Price, 3

After a bad breakup, Dylan Price is ready to give up on love. That is, until Carly Peters walks through the door of his veterinary clinic on a stormy night. Even though she’s drenched and holding an angry, pregnant cat, Dylan can’t stop the thrill of excitement he feels when Carly looks at him. Could she be the one? Or is she just after Dylan for his money?

When Carly Peters comes back to Oakville to help her mom run the local animal shelter, the last thing on her mind is falling in love, especially with the town vet. But no one told her Dr. Dylan Price was a gorgeous ball of sexy. And she certainly wasn’t expecting him to tug on her heart. Can she convince Dylan to take a chance on her? And will she be able to truly fall for a man who doesn’t trust her?

She ran her fingers through her cat's soft fur, shooting a glance at Dylan, who stood at the counter. She hadn’t seen him since high school, and the years sure had been good to him. He wore a lab coat over a rumpled blue button-down shirt and a pair of worn jeans. Carly found herself itching to slide the lab coat off his shoulders so she could get a better look at his physique. His apparel did nothing to hide the fact that he was perfectly cut, but she wanted to see for herself. She wanted to slide her hands down his arms and feel the muscles there. She thought of her arms circling around his waist and tilting her head up for his kiss as she cupped his muscular backside.

Suddenly Dylan turned to her, and she realized she’d been staring at him. He smiled, revealing perfect white teeth. “Something wrong, sweetheart?”

Blushing furiously, she turned back to her cat. “No, nothing,” she mumbled, but her pink parts were throbbing with need. Damn, she needed to get laid.

Wow, when has that thought ever crossed my mind? She’d finally given in and had sex with her one serious college boyfriend, then wondered what all the fuss was about. Somehow, she’d bet Dylan could show her what it was about.

When he walked slowly toward her, she realized she’d been staring at him again. She stood up straight and faced him, expecting him to stop within a couple of feet of her. But then she noticed his expression—his hooded eyes, his parted lips—and her heart sped up.

Dylan backed her up against an empty cage, not touching her, but standing so close he trapped her nonetheless. “Carls, I’m trying to be a good boy, but it’s very hard when you keep looking at me like that.”

She almost giggled at the double-entendre. Yes, sometimes she had the sense of humor of a twelve-year-old boy.

Dylan smirked and raised one dark eyebrow, immediately catching her meaning. Her smile quickly disappeared as he pressed his lower half to hers. She gasped as she felt his erection. My God, he must have a monster in his pants. She lifted her hands, thinking she should push him away, but instead she fisted his shirt, pulling him closer. When he bent his head to kiss her, she let her eyes float shut.

His lips had barely brushed hers when...

The unspoken rule is that your sister&#039;s friend is off-limits. For Dylan Price, the temptation is about to reach a boiling point. BE MINE, the third book in the Love with a Price series by N.J. Young, focuses on Dylan and his attraction to Carly Peters. This humorous contemporary romance involves a sexy vet who is very protective of his heart. From a character standpoint, I found these two to have definite chemistry. The misunderstandings only added to the storyline&#039;s appeal, proving that both have realistic problems. The spice is sprinkled liberaly, yet I believe the chase was well worth it. Although many of the events were easy to predict, the author did a great job providing a humorous twist. - See more at: http://erotic.theromancereviews.com/viewbooksreview.php?bookid=21856#sthash.pEoGEtAn.dpuf

Be Mine by NJ Young - Even the title of this book suggests it is a love story. Right off the bat I would say I recommend this book. The story starts with Dylan Price, working at a local 24 vet clinic running into Carly, an old friend of Dylan&#039;s sister when they were growing up. But now they are both grown up and have a few common interests. This book fits in nicely with the romantic erotic genre. The characters are well developed and I feel like I am really getting to know the Price family. In fact, there is some hinting at a future story throughout this book as there has been throughout all the books, which I really like. Also want to add that since the previous books were about other family members, it is nice that we get to kinda &quot;keep up&quot; with the characters in the older books as part of the Love with a Price Series. Very easy to read books, short, and nice for a quick afternoon book with a glass of wine.