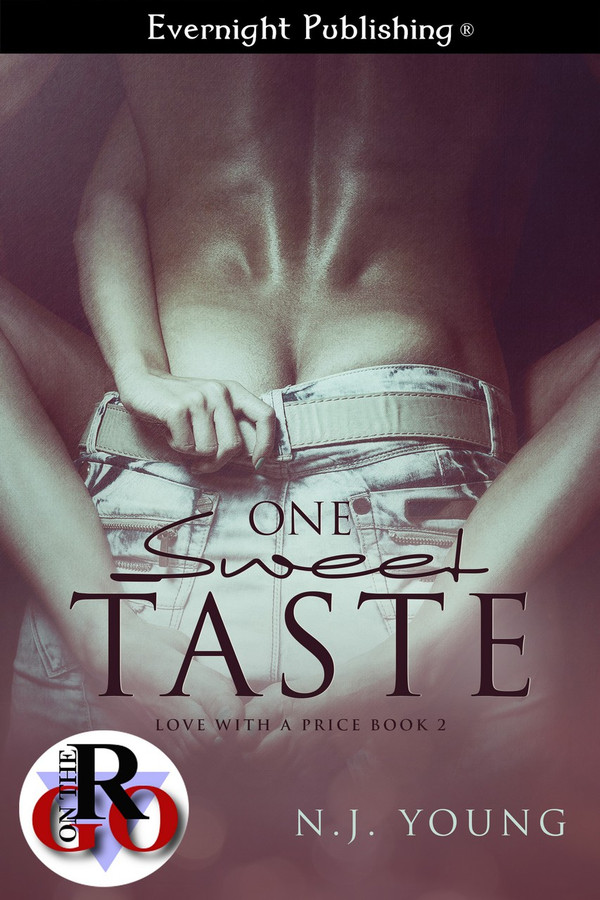 Love With a Price, 2

At the age of forty, Linzee Felton is starting over. After a messy divorce, she moves to Oakville and accepts the position of head chef for the new Price restaurant. When she falls for her boss’s brother, can she overcome her insecurities and let herself pursue a relationship with a younger man? Or has she already missed out on her chance for happiness?

Photographer Foster Price has always strived to be the best. When he loses out on the prestigious Donovan Photography Award for the third year in a row, he feels that maybe he’s not good enough. Not a good enough photographer, and certainly not good enough for the gorgeous new head chef at his brother’s restaurant.

As Linzee and Foster prepare for the Christmas Food & Wine Festival, will the holiday magic be enough to help these two lost souls find themselves in each other?

“Ahem.” The deep voice startled Linzee, causing her to spin around so fast that she stumbled backwards. Strong arms reached out to steady her. The feel of hard muscle and the scent of woodsy aftershave combined with virile man gave Linzee an immediate warm feeling. She looked up ... and up ... into sparkling blue eyes.

The warm feeling immediately gave way to a swarm of butterflies as she took in the man in front of her. Dark hair peeked out beneath a blue knit cap, and a five o’clock shadow adorned his strong jaw even though it was only nine in the morning. When he smiled, revealing perfect white teeth, Linzee felt as if she were looking into the sun. My God, it should be illegal for a man to be that freaking gorgeous. He left her breathless.

His sexy rumble of a voice was like a cherry on top of six feet of perfection. Reluctantly, Linzee pushed away from the stranger, feeling every day of her forty years. This man was obviously much younger than she was. And the last thing she wanted was to be known as the new town cougar ogling hot young guys.

“I’m fine. You just startled me is all.” Crap, did she really sound that breathless? She tucked a red curl behind her ear and really wished she’d done a better job that morning of taming her frizz.

“You sure? You sound a little ... out of breath.” His eyes lit with amusement, and Linzee felt her teeth grit. He was laughing at her. If it’s one thing she couldn’t handle, it was a man making fun of her. She’d had to deal with that enough when she was married.

“I said I’m fine.” With one hard shove, she backed away, startling the man in front of her as the coffee in her cup sloshed all over his navy coat.

“Crap.” She sighed. This was not starting out to be a good morning.

“You’re lucky it’s thirty degrees outside. If that coffee had been steaming hot, I might’ve sued you.”

“Sue me? It was an accident. Are you ...” He was teasing her. Calm the fuck down, Linzee. He’s just teasing. She took a deep breath. “Look, I’m sorry. I’d be happy to pay to have your coat cleaned.” Her humiliation growing by the second, Linzee was afraid to look up into the man’s eyes. Instead she was mentally crossing her fingers for the sidewalk to just open up and swallow her whole.

A strong hand reached out and cupped her face, tilting her head up. How could his hands be so warm when it was so cold outside? The man looked into her eyes, his amusement gone. “I’ll tell you what. I’ll forget about the cleaning bill if you tell me your name and agree to have dinner with me tonight.”

Her brows rose in surprise. Dinner? This man was obviously out of her league. His full lips curled into a flirty little smile, and his eyes—those blue eyes that could draw you in and never let you go—held an emotion she couldn’t quite recognize. Desire?

Oh God. Realization hit Linzee. Of course. This was a man who snapped his fingers and had women falling at his feet. If he wanted a woman in his bed, it probably didn’t take him two seconds. Turn on the charm, and women would be lining up to take their pants off for him. Well, not her. If he thought she was some sort of charity case—a chubby older woman who would just give him a quick lay—he was wrong.

She backed away, out of his reach, and hoped her voice sounded firmer than she felt. “Are you serious right now? I do not pick up strange men!”

That damn smile was back. “Well, maybe you should try it, Miss...?”

“Miss None of Your Damn Business. I have to go. I’m late for work.” With that, she turned around and stalked off down the street. Don’t look back, Linzee. Don’t look back.

N.J. Young pens a positively wonderful contemporary romance with this swift and sexy story. It’s no secret that I love well-written curvy heroines and Linzee Felton is simply fabulous. She is so darn realistic with a mixture of amazing strengths and some wonderful quirks. The strength to start over is always appealing to me so the storyline was a definite winner. And speaking of winners, Foster Price takes the prize for fantastic hero. He himself is made up of some delightful skills and some interesting weaknesses. I enjoyed watching the play between these two and getting to see so much of their inner selves as the story progressed. For such a short read the main characters are extremely well developed and easy to connect with. The supporting cast were every bit as enticing and I cannot wait to read more by this author. If you are looking for a fantastic break from your day this is a definite must read. I know I’ll definitely be rereading this one! Linzee Felton is ready to start over after a messy divorce so she accepts a job as head chef at a new restaurant. She’s forty years old and she’s hoping moving to a brand new town will be the change she needs. But falling for her boss’s brother wasn’t in her plans but this younger man seems determined to win her over.

One Sweet Taste is the 2nd book in N.J. Young&#039;s Love With a Price series. If you read the first book in the series, &quot;A Hero Inside&quot;, then you will realize this second book is the story of Ethan&#039;s brother, Foster, who is a photographer. Foster is down on his luck and wondering about his future. He then encounters Linzee. He is intrigued by Linzee who is just moving on from a divorce. However, Linzee is much older and self-conscious about her age and history. I really loved the older woman concept here, which provides a nice twist from a typical romance story. I really identified with Linzee based on her age and she felt real to me. I felt the story line was intriguing, new, raw and different. After reading this second book in the series, I am really getting a feel for the Price family, their heartbreaks and their triumphs. I read this book in one sitting because I just couldn&#039;t put it down! Although this is the second book in the series, you need not read the first book to get the plot or understand the characters in this book. A must read!