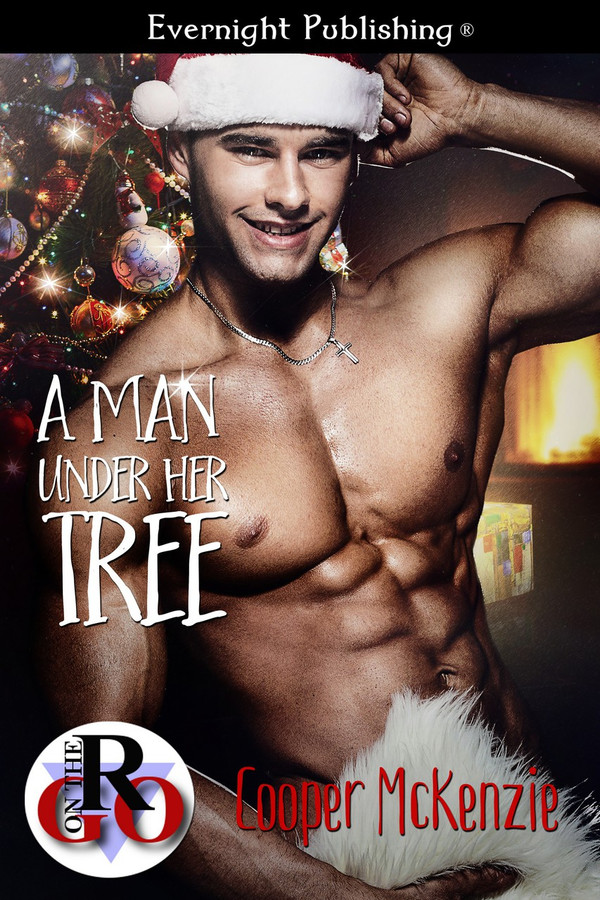 Noelle Wynter is a holiday-loving woman wishing for her forever man to appear under her tree on Christmas day. Emergency Medical Specialist Nick Klassen hates the holidays and wishes he could hibernate until the middle of January. When their paths cross at the grocery store, both feel attraction, but fight it. Later, fate steps in as he bumps her with his truck in the parking lot, causing some minor injuries that demand Nick’s special attention. Throw in wine and Nick doesn’t stand a chance.

Or does he? Can Noelle change his heart so that the holiday season is not one filled with darkness, but once again with light and love? Or will Nick find a cave he can hide from the holidays that have always been so painful?

Noelle Wynters looked up through the cold winter sky to the full moon and released a long, deep sigh. Wishing on the full moon had always been fun in the past. Tonight, though, she felt more alone and lonely than ever before. Whether it was just the upcoming holidays or the fact that she was once again alone didn’t matter. Being alone at Christmastime sucked.

Dan, the latest man in her life, had broken up with her during Thanksgiving dinner in front of her entire family because she had eaten a second helping of her grandmother’s corn casserole. Though she had known almost from the beginning they were wrong for one another, she almost wished he would come back and tell her he had made a mistake. Despite the embarrassment of their break up, she was lonely enough to take him back. At least until the holidays were over and the January blues set in.

When the alarm on her watch beeped, Noelle closed her eyes. It was time. Between the winter solstice and that night’s full moon, surely someone in the big out there would grant her wish tonight.

Opening her eyes again she looked at the brightly glowing moon and said, “I wish to meet my forever man in the next three days so that I wake up Christmas morning with him under my tree wearing nothing but a smile and a big red bow.”

She raised her half-full wine glass in a salute to the moon and to winter and to the universe. “Blessed be.” Then she drank down the sassy red wine someone had told her she had to try.

“Noelle, what the hell are you doing sitting out here? It’s freezing,” Angel Snyder, her next door neighbor and best friend, asked as she scurried across the double driveway between their two houses.

“Celebrating the full moon and welcoming winter,” Noelle said, raising her now empty glass. “Winter solstice is a magical night made for wishes and dreams. Especially with the full moon shining down as well. I would let you toast the moon, but this was the last of the wine. But you could still make a wish. It might not come true because it’s not the exact time of the solstice, but maybe that won’t matter. After all, you always get what you ask for, full moon or not.”

Angel looked at her with the blank expression she often wore when trying to convince herself that Noelle wasn’t crazy. A moment later, she blinked and smiled with the indulgent look that told Noelle that though she did not understand what Noelle was talking about, she would roll with it. That was one of the reasons Noelle loved her friend. Angel did not judge her eccentricities.

How they had become friends neither of them could explain. Noelle knew she was too short and too curvy with deep brown hair that was straight as a ruler, and plain brown eyes that did not twinkle even when she laughed. With the disposition of a church mouse, she blended into the background and worked hard to convince herself she liked it that way. It would take a special man to see past the generously curvy packaging to the even softer heart and loving spirit beneath.

Angel was her opposite in every way. Angel had the body of a stripper and the face of a cherub. Women would kill for her long, naturally curly, yellow-white hair and big blue-green eyes that twinkled with her intense love of life. Her whiskey and smoke voice could turn a man on even as she told him to go to hell. Angel was smart and funny and truly believed the bumper sticker on her turbo-charged sportscar, “Friends don’t let friends do stupid things … alone.”

“How much have you had to drink?”

“Just this glass. It was the last of the bottle we started last week.”

“I’ll drive to the store if you’ll tell me what you wished for,” Angel said as she followed Noelle up the three steps to her front porch. “I still don’t know what to get you for Christmas.”

Stepping inside the house, Noelle pulled her small wallet out of her purse and slid it into the back pocket of her jeans. “You already know what I wished for. And I told you before, you don’t have to get me anything.”

“Nonsense. I love you. You’re my best friend. Of course I have to get you a Christmas present.”

Noelle shook her head and sighed as she followed Angel back outside. Some days there was no telling Angel anything and this appeared to be one of them. But she also knew that no matter what her friend wrapped up it would not be the man she had wished for. She would have to find him on her own, somehow.

I was quickly immersed in Noelle’s story. She is a good woman who has been plagued with bad men. Once again, she has been left by another jerk. On the Winter Solstice she makes a special wish hoping that this year it just might come true. When Nick crosses paths with Noelle, she never imagines that he could be her wish come true. Will the two be together for more than just one night? Or can they have a happy ending? Each of the characters in this story are greet. Angel is a great friend to Noelle and does all that she can for her. Nick is a good man who has so much pain associated with the holidays and Noelle becomes a beacon of light for him during this hard time. The two make a wonderful couple and watching their relationship blossom made for a nice read. Best of all I loved Noelle. She is so much more than she thinks she is and I enjoyed seeing Nick help her realize this. This is a beautiful, feel-good romance that will warm your heart.

I&#039;m going to get a big, red ribbon and bow for my husband to &quot;surprise&quot; me with. This was a quick but fun and sexy holiday tale. Another win from a face author! If you are looking for a little holiday reading fun, get this book.