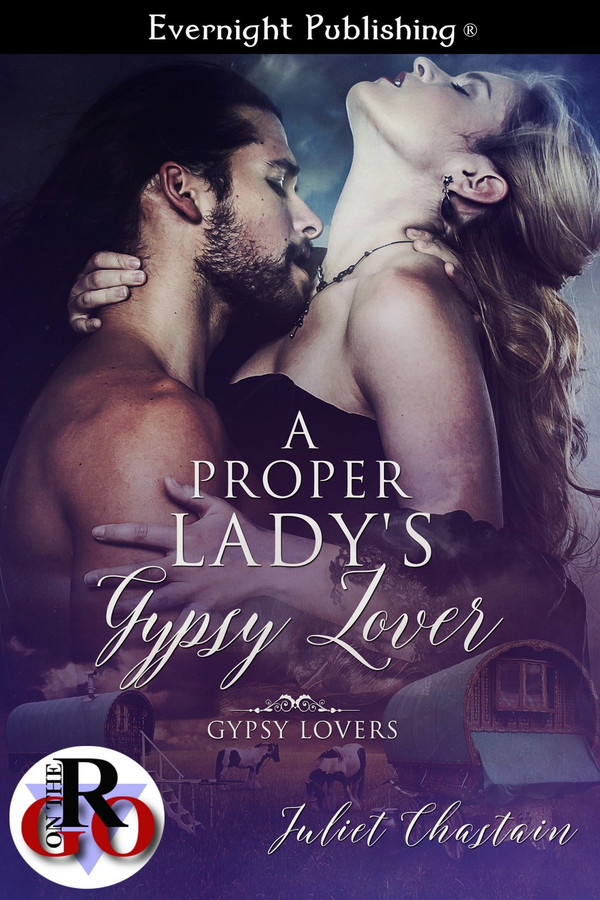 Dragged off to London kicking and screaming, to become a proper young lady, Lucy-Anne Spencer rebels. She doesn't want the suitable husband she is supposed to find but longs instead for the Gypsy lad and the freedom she once loved

Liberty Wood never forgot the girl he once loved, but now that she has become a proper, silk-clad member of high society while he lives by his wits, he knows that they can never breach the gulf between them. Or can they?

Lucy-Ann scrambled to the window, tempted to climb out had the carriage not been moving so fast.

"Liberty," she screamed. "Liberty, help me!" She leaned out as far as she dared while her aunts cried out to her to be careful. Aunt Emily took hold of her waist.

Lucy-Ann saw him, Liberty Wood, on his brown mare with the white forelock, riding hard after the coach.

"Liberty," she called, leaning out yet a little farther, causing both aunts to shriek. Aunt Louisa took hold of her legs and called to her to come back inside. Lucy-Ann watched Liberty slowly close the distance between himself and the carriage.

"Halt!" she called to the coachman. "Halt!" The coachman pulled on the reins, slowing the horses.

"No!" cried Aunt Louisa. She stuck her head out of the opposite window. "No, " she called to the coachman. "Move on as fast as you can, Elijah. You must outrun that highwayman or beat him off."

The carriage picked up speed again, swaying precariously, but Liberty had caught up. He’d always said the mare was the fleetest thing on four feet.

Leaning on the neck of his horse, his black hair flying behind him, Liberty smiled grimly at Lucy-Ann as he passed the carriage. The mare pulled up beside the carriage horses. Lucy-Ann realized his intention was to come up beside the lead horse, take hold of the beast, and bring the carriage to a halt.

"You’ll have to beat him off, Elijah," Aunt Louisa ordered loudly. Lucy-Ann saw the coachman nod and reach for his long whip.

The coachman stood, and holding onto the thong, swung the long handle of the whip, catching Liberty in the face, causing him to somersault off the mare and into the mud at the side of the road. The carriage almost careened off the road as the aunts screamed and clutched each other. When it stabilized, Lucy-Ann tried to climb out of the window, but her aunts held her back. Eventually, she collapsed on the floor of the carriage, weeping uncontrollably.

Lucy Ann is not your typical proper lady for the times. She is full of spirit and I liked her a lot. Spencer was another hit for me. He is a gypsy yet pretends to be a lord. These two played out their story perfectly. Looking forward to reading more in this series.