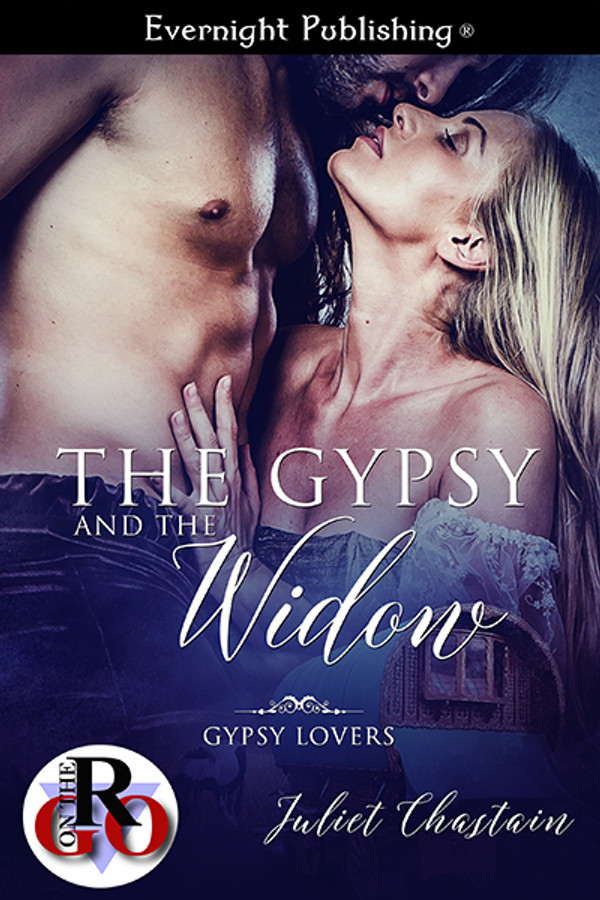 Joanna Daniels is a widow who wants a father for her son. Tem Lovell is a widower hoping to find a mother for his children. They are perfect for each other except for one thing: she's a destitute English gentlewoman who is being courted by a wealthy lord, while Tem is a Gypsy laborer who lives hand-to-mouth.

As the ardor she shares with Tem grows stronger, Joanna is forced to decide between the financial security the cold and controlling lord can provide and the uncertainty of the open road coupled with the passionate love Tem feels for her—that is, if Tem is willing to take an English gentlewoman as his bride.

Joanna couldn't help but notice how pretty the Gypsy women were. Which one was going to be Tem's next wife? she wondered, feeling a stab of pain at the thought.

Nash looked up at Tem. "Will you take care of my mother?" he asked.

"Yes, lad, I will. You don't need to worry about that. If your mother says you may, perhaps you would like to stay and play with the others."

"I will bring him back when he wishes," said one of the pretty women. For a moment, Joanna did not know what to say. Was it, could it be true what people said of the Gypsies? Would these people regarding her now with such kindly concern really steal her Nash? Tem caught her eye and nodded slightly.

She heard herself say, "Yes, darling, you may stay." Nash whooped and ran off with the others.

The rom baro said, "If you don't need our assistance, Milady, we will get back to work."

"I only need an arm to lean on," she lied. In truth, she needed more support than that, but right or wrong, she wanted to be alone with Tem.

Limping along with his arm around her, she felt the fire of desire roar into being, its flames licking at her belly. She thought perhaps his arm tightened about her. Could it be he shared her feelings? Did the fire flare in him as well?

About halfway to her house, Joanna said, "We must stop."

She nodded and sank to the ground. The pain in her ankle and the heat of her desire seemed to commingle. She wanted her ankle to stop hurting, but she also wanted Tem to make love to her. It had been years since the act of love had been anything but a most unpleasant duty, mercifully very seldom required and quick, but now she wanted this man, wanted to caress him and she wanted him to do the same to her. She wanted to kiss…

Romance is not a genre I usually read. With that being said, Ms. Chastain has an excellent grasp of what makes for a compelling and enjoyable quick read. The love scene is stimulating without being overwrought, and her description of Gypsy life, and the attendant discrimination they suffered is compelling.