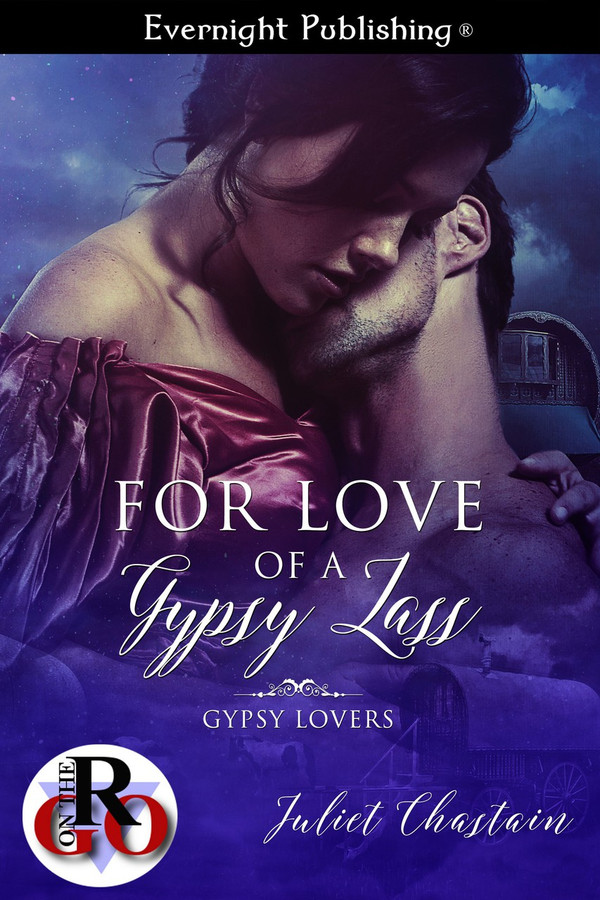 Lord Harry Beresford is used to having everything his way, that is, until he falls in love with the passionate Gypsy singer Talaitha Grey.

Proud Talaitha is as unimpressed by Harry's title as she is by his money, but can she fight her powerful attraction to the man behind those things?

Might the Gadjo decide he preferred Delilah? Vicious jealousy swept over her—jealousy of Delilah's generously curvaceous figure and of the grace with which she moved. She glanced over to where the Gadjo stood. He looked not at Delilah, but at herself. She could see his yearning for her in his eyes. Again, her rebellious body allowed the flames to spread like wildfire through her, but this time she did not fight it.

Talaitha gave herself to the dance, allowing her unreasonable passion for him to overcome her as she glided and turned, following the steps. She was aware of the sway of her own hips, the twist of her waist, the way her breasts lifted as she took her arms above her head and touched her fingers to the tambourine. Only once did she allow herself to glance at him. His gaze was riveted on her, desire was written clear on his handsome face.

She could feel her thighs brush gently one against the other, the delicious slip and slide of her dress against her skin. Even the touch of the frayed silk ribbons of the tambourine against her naked arms was arousing.

She let her own desire mix with his to move her, to consume her. When she looked out at the audience, she saw an answering desire obvious on the face of every man there, and the women's faces were flushed.

Forbidden fruit is always the most delicious. Lord Harry Beresford can have anything he wants; except what society tells him he can&#039;t. An entitled nobleman, Lord Beresford is expected to marry within his appropriate social class, but his heart&#039;s desire couldn&#039;t be any more inappropriate. The free-spirited and beautiful gypsy girl Talaitha captures his heart and his imagination, but the Romanchal&#039;s wandering ways only place her within Harry&#039;s reach for a short time. Against his better judgment and society&#039;s restrictions, he risks it all for a chance at life with Talaitha. Wealth and power aren&#039;t everything, however, and Talaitha has reasons of her own to shun the handsome Lord&#039;s advances. When your heart is a prisoner, all the money in the land can&#039;t buy its freedom. For Love of a Gypsy Lass is a story of a timeless struggle of love against the odds. It&#039;s a straightforward, simple tale that stands the test of time and never fails to make readers sympathize and relate to the characters. &quot;What you see is what you get&quot; here, and there is something immensely satisfying about knowing that, whether its about a good book, a meal, or a friend. It&#039;s never disappointing! For the period setting, the romance scenes are risque but all the more enjoyable for that very reason. Though short at just over 41 pages, this story does all the things that is expected of it and leaves the reader satisfied that they got what they came for. ​Short and sweet, as all forbidden fruit should be!