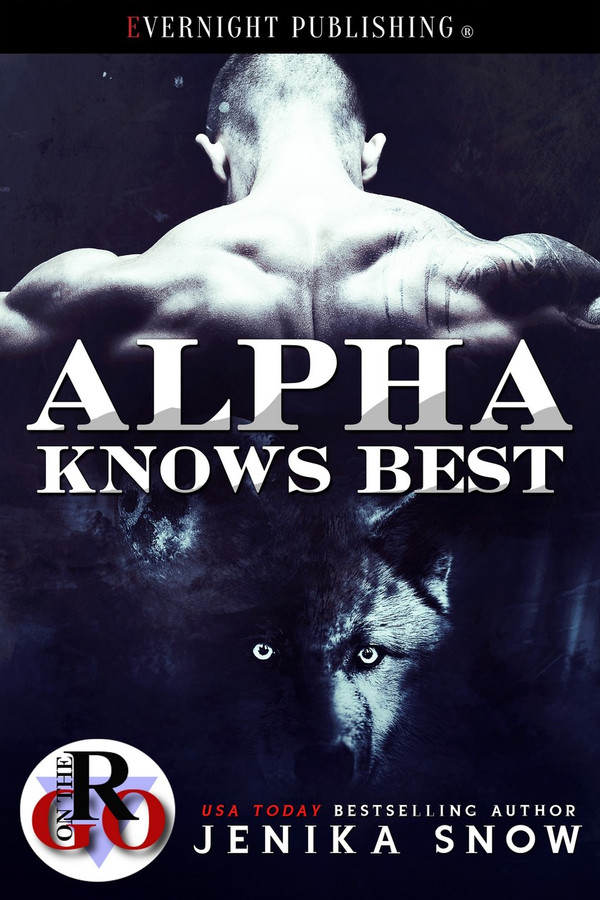 Honey is a headstrong shifter herself.

When they get together, it's one explosive claiming.

When his tour with the SEALs ends, he returns to the small town of Sugar Crest, Alaska. But the unexpected happens…he finds his mate in the form of a headstrong badger shifter named Honey.

In Logan's arms, Honey soon realizes how arousing submission can be, even if she’s always been the take-charge kind of person. But despite the fact she’s now mated to an overly possessive alpha, it's Logan who can barely maintain control.

The beasts wanted out, wanted to claim their mate right now. But Logan told himself he needed to go slow as well, even if he didn’t want to. Logan liked the rough kind of sex, the kind where he had a female’s hands pinned to the base of her spine, pushed the hair off of her shoulder so he could see the long, smooth column of throat, and plunge his dick into her tight, warm heat of her pussy. But this would be different. This would be claiming his mate, the one woman born to be his. And she was his female, irrevocably.

“This is fast, wild,” she said with a wide-eyed gaze.

“Yeah,” was all he said, because he was more animal than human right now, and he knew that if he didn’t fuck her, he at least had to taste her. Lowering his head to her throat, he inhaled deeply. When he ran his tongue along her jawline, he groaned at the sweet flavor of her skin. His cock throbbed, and his wolf and bear paced right below the surface of his skin. He was feral, territorial, and wanted to possess every inch of this female until she conceded she was his, and that she always would be.

She pulled back and stared at his face, breathing heavily, her mouth slightly parted. “I’ve never been this wet before,” she said in a low voice.

A low, needy growl left him, and in a matter of seconds he had her lifted in his arms, turned them around, and had her ass on the island countertop. He was about to eat her alive until she came so fucking hard his ears rang and his animals would be able to sample the cream that would flow from her pussy.

He took a step back and stared at her. Her skirt had risen up, and the majority of her thighs were visible. They were smooth and creamy in color, thick and full, and the fact she wasn’t bothering to pull the material down pleasured him. All he kept thinking about—picturing—was parting her legs and watching as her pussy lips spread wide so he could see her wetness. Logan’s mouth watered when that image slammed into his brain. He reached down and pressed his hand right over his dick, applying pressure and trying to ease the ache in his shaft.

“The way you’re looking at me is a little frightening,” Honey whispered.

Logan inhaled and smelled her lust. “I’m looking at you because I want to devour you, Honey.” He rubbed his palm up and down his jean-clad cock. “You should be frightened of what I want to do to you.”

Caveat: pretty much nothing but steam. It&#039;s very good steam and hot as heck - Logan is all alpha and has truly filthy mouth on him and his chemistry with Honey is off the charts. That said, they&#039;re very sweet (and spicy!) together, but there&#039;s just enough plot to hold things together. Mating heat, check. Insta-love, check. Normally strong woman submitting to an ultra-alpha, check and check. As per usual, Jenika Snow has a winner of a one-handed read, but don&#039;t come looking for much past that.

I liked both Logan and Honey. I liked that they had chemistry; I just wished to see more of them. I liked Logan’s attitude and his determination to get his mate. Some of the scenes in this book are panty melting hot. Alpha knows best is a fast paced shifter romance. Although it wasn’t my favourite book of Jenika’s, I enjoyed it. Half bear, half wolf shifter Logan knows Honey is his mate instantly. Despite being feared for his hybrid status, he is determined to make Honey his. Strong and independent Badger shifter honey is reluctant to give in to her new mate. But as they spend time together alone, they soon realise the sparks they have for each other.

Lifting Tail for the Alpha by Jenika Snow