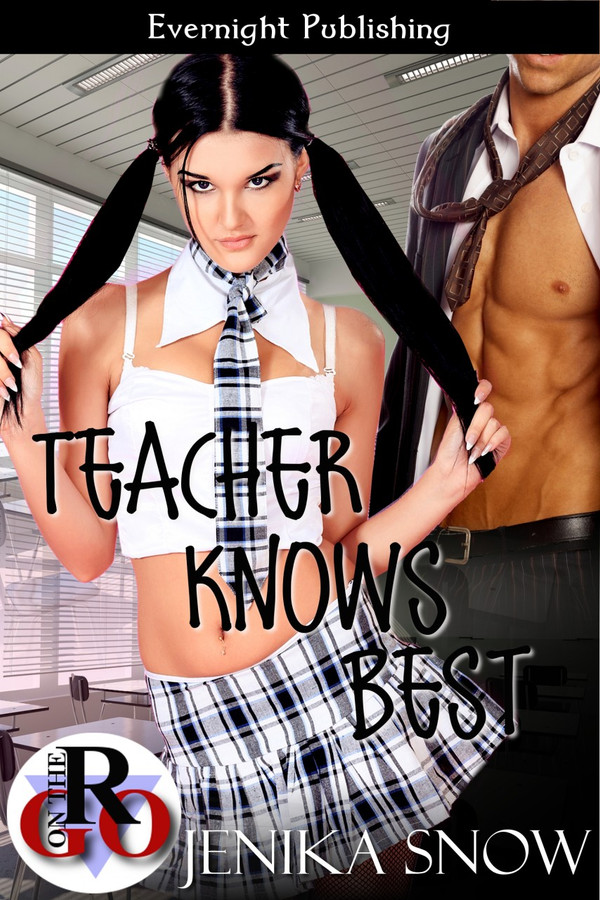 Baine Rhyes has always prided himself on his self-discipline, but there is one person who breaks that discipline every time he sees her.

Not only is Maya McGowan his student, she is also fifteen years his junior. She is everything that innocence should be, and Baine knows that is what draws him to her most. She is gorgeous and intelligent, but there is a delicateness within her that Baine wants to explore.

When he finally gets the opportunity to have her, Baine knows that although he is breaking every rule to be with her, he can’t and won’t stop. There is also a fear inside of him that screams at him that one time just won’t be enough.

He gripped his shaft tight and started stroking himself. It felt good, damn good. Thinking of her creamy skin, so pink and succulent, made his heart race. Of course he had never seen her naked, but that didn’t mean a damn thing. His imagination was pretty detailed and served its purpose.

Baine Rhyes knew his attraction to Maya McGowan was wrong – she was his student and fifteen years his junior – but he couldn’t help himself, and she was twenty-one. Shy and innocent, her small smiles and soft tone inflamed Baine’s fantasies. Every night he went home and brought himself release with her firmly in mind. One afternoon she seeks him out for help, and what starts as an innocent bit of mentoring gives Baine the opportunity to finally see if he can turn the fantasy of Maya into sweet reality. This is a very hot piece of erotica. Graphic and intense it has a lot of build up from Baine’s point of view, plenty of fantasy and wishful thinking until he can finally make good on his dreams. While we don’t see Maya’s direct perspective, her willingness is clearly expressed – this is not an adult preying on a child or a darkly erotic tale of forced seduction. There was a little bit of repetition of words and quite a few inconsistencies (like her flesh was lightly tanned, then creamy white) but nothing jarring enough to pull me far out of the fantasy. Overall I found myself lost in the school-girl fantasy and Baine’s evident need for Maya was captivating. I greatly enjoyed the ending (a happy one) and found this a steamy, sexy read. I really liked this piece and would happily read more from this author.

Told completely from his point of view, Teacher Knows Best is a man’s dream come true and a naughty girl’s fantasy. The plot, a “good girl” student who falls prey to the naughty teacher’s lustful seduction, may be ages old, but it never loses its entertainment value. The book is super short (it is a Romance on the Go), but it has a scorching hot sex scene. The only problem with these short stories is that I always want to know what happens next!