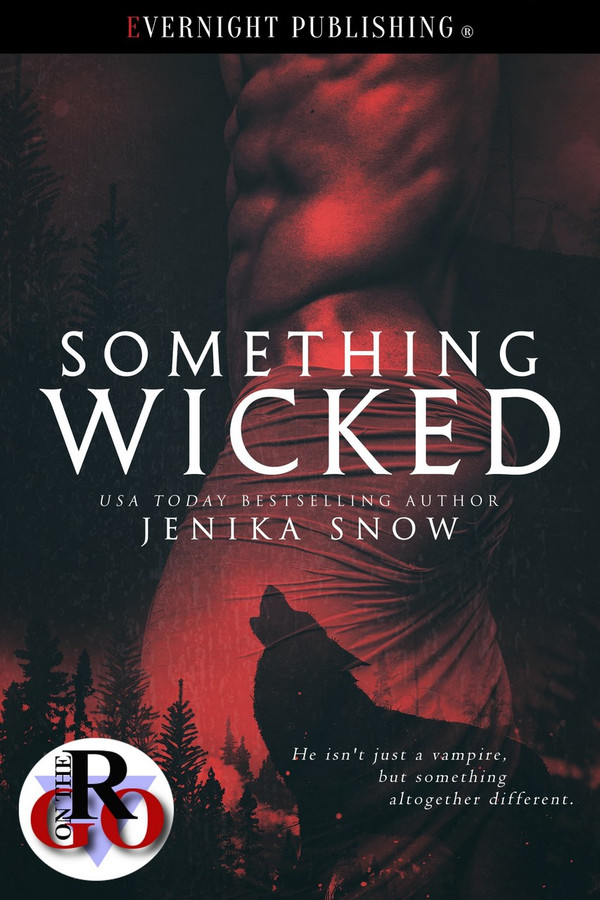 Being wicked never felt so good...

Born from hate and violence, Lathan knows all too well what darkness feels like. He's centuries old, and an abomination to the supernatural world. With a vampire father who forcibly took Lathan's werewolf mother as his own, Lathan's hybrid genetics make him feared by all.

Abbi has no one and nothing of importance in her life, but that doesn't stop her from living. When Lathan feeds on her and tries to use compulsion to make her forget, she realizes he isn't just a vampire, but something altogether different. He's also her mate.

His vampire side felt the call of the blood, felt the power move through him. His muscles coiled tightly. His body was preparing itself, readying to snatch her body to his, tilt her neck to the side, and expose the creamy expanse of her throat.

And then she was right here, the wind picking up and blowing her hair around her shoulders, having her scent slam into him. His dick hardened, his claws emerged, and his fangs punched forward. He hadn’t been this excited, hadn’t been this aroused in his entire existence.

Lathan grabbed her around the waist, and when as she made a cry of noise, a scream for help, he put his hand on her mouth, blocking the sound, and had her neck exposed. His mouth watered, his fangs ached, and he didn’t deny himself the sampling that was this delectable woman.

He pierced her flesh with his fangs, groaned at the flavor of her rich, metallic, and sweet blood as it filled his mouth, and at the first swallow of the fluid, he snapped his eyes open. Realization slipped into his pores, into his cells, his very being. He took one more drink from her, her artery beating, pushing the blood into his mouth.

The one person who was supposed to make him a better person.

The one person who was his everything, who was born for him.

But he’d never be a better person, never be a good man, a male who could give her the life she deserved. He didn’t know her, but she was made for him, born to be his. Lathan knew no matter what, he wouldn’t be able to walk away from her. She was his, and because she was his mate, his fang marks would forever be on her neck, proudly displayed.

She was here, pressed up against him, making sounds, struggling. He was a monster, a demon like everyone said. He had his mate in a vise-like grip, his fangs in her neck and her blood in his body.

He ripped himself away from her, hated he’d become this evil creature that couldn’t even control himself, couldn’t tame his basic urges. But even if he could have, even if he was fully a vampire, not this hybrid monster, her blood would have still called to him, made him desire her like no other.

“Something Wicked” is a wickedly sexy short story. Lathan and Abbi have a sultry, sensual chemistry from the beginning. The storyline is interesting and although I would have like a longer tale, the author does an admirable job of packing a lot of story into a short read. Vampire and werewolf books abound but this one is a fascinating mix of the two. I liked the characters outside of the sex. That&#039;s something that doesn&#039;t happen often is these erotic short stories. This is a very enjoyable afternoon read. The Story: He&#039;s an outcast in the paranormal world, belonging nowhere and feared by most. She&#039;s not quite what she seems. When Lathan and Abbi meet everything changes.