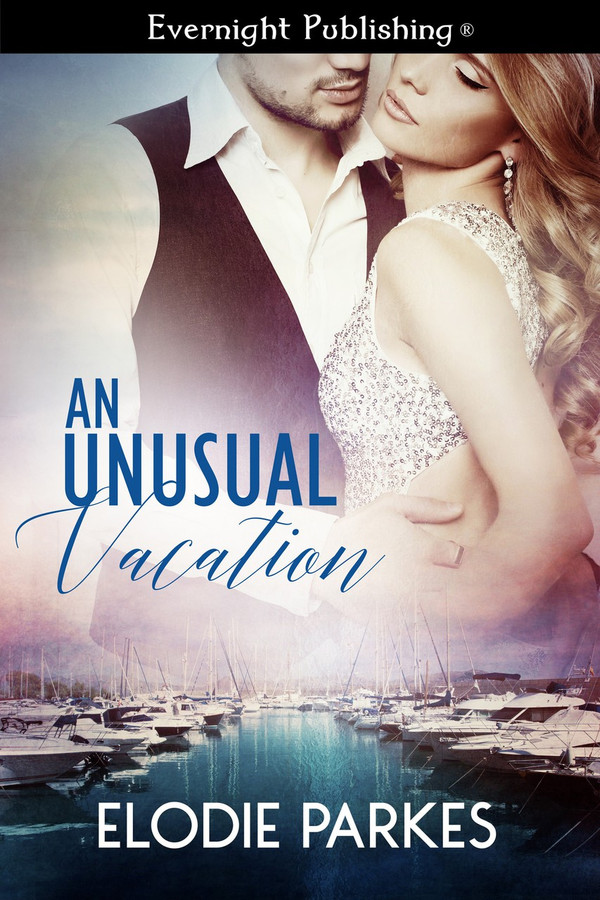 At thirty-two, Dominic Carr thinks it’s time to find a girl he can fall in love with. He’s tired and jaded from his high power job, and hoping that this summer’s vacation will be refreshing. When he sees Michelle Vega in the art gallery of a harbor town he visits, her long legs in pink couture shorts grab his attention.

Michelle Vega has everything to hide, but she can't deny her instant attraction to Dominic. She’s not on vacation as she visits the gallery—more like on business.

As the two of them fall into a hot romance, Dominic is sure Michelle could be ‘the one,’ but Michelle is filled with doubt when she considers how he might react to discovering her secrets.

When Michelle’s business takes a dangerous twist, Dominic finds he’s pulled into a perilous situation. Will this be a test of his love or the end of it?

Michelle turned in the shelter of Dominic’s outstretched arm, and slipped her arm around him.

He smiled with pleasure and held her around the shoulders as he led her across the parking lot and along the walkways to where the River Sprite was moored.

The soft slap of the river water, warm gentle breeze, and yellow lanterns lighting the boardwalk provided a special atmosphere. Dominic helped Michelle aboard and after unlocking the cabin, showed her in with a grin. “Welcome to the River Sprite. I’ll make coffee. You can look around if you’d like to.” He turned into the galley to start making coffee.

“It’s much bigger than I expected. I’ve only been on smaller motorboats.” She gave herself a quick tour.

Dominic heard her opening doors and making sounds of delight. He’d poured boiling water on the coffee granules when she appeared by his side. He turned to her. “I made instant. It’s quicker. White, black, sugar?”

Michelle smiled as she answered. “Black, no sugar, thank you.”

“Would you like cognac? I have some French stuff I bought yesterday.” He handed her a cup of coffee.

He found glasses and brought the cognac from out of the supply cupboard. As he splashed the dark amber liquid into each glass, Michelle closed the gap between them. Dominic placed the bottle of cognac carefully onto the worktop. Michelle’s proximity sent little shocks of desire through him. Acutely aware of the way her hair fell gently over the satin skin of her shoulders, Dominic’s gaze traced a path along where he wished his lips might follow with kisses.

She put her coffee cup down next to his, and in one move slid her hands up his chest and leaned against his body.

Dominic instinctively put his arms around her. He kissed the top of her head as she nestled her face against his chest. His eyes closed as a wave of tenderness flowed over him. A faint scent of roses filled his head.

Michelle looked up into his eyes. “You feel good. Do you work out?” She ran her hands around on the muscles of his chest.

Even through the black T-shirt he’d worn with his suit, her touch ignited desire and his cock stirred. His heart did a weird flip and his stomach tightened. He nodded, unable to trust his voice not to betray the urgent need to fuck, which gripped him as she ran her hands around his hips and actually grabbed his ass.

She ran her tongue over her top lip as she stared up into Dominic’s eyes and that was it.

Dominic bent his head to hers and captured her mouth in a kiss that weakened his thighs. He slipped his hands around her face to hold her until he’d kissed her breathless. Hot streaks of desire burned over his stomach and his cock jerked into an erection. Her tongue against his sent shivers down his back to pool under his balls. Soft tendrils of her hair caught under his palms as he held her face and bit at her bottom lip when he broke the kiss to let her breathe.

Dominic Carr is a workaholic in need of a vacation. Borrowing the yacht, he&#039;s taken that much needed break for three glorious weeks. The only thing missing is someone to spend the time with, that special someone. Michelle Vega is stunning, but she&#039;s got a secret life that very few know about it. The last thing she expected when see walked into that town was finding a man that took her breath away. She hasn&#039;t been attracted to a man in such a long time, but this time it is entirely different. She isn&#039;t just attracted to him, she wants a future with him. The longer they are together, the more they want. But Michelle&#039;s past is quickly catching up with her and when Dominic finds out the truth, their happily ever after is in jeopardy. An Unusual Vacation is the perfect read for a night when you need an escape. The sounds of the waves, the rays of the sun, and bright shining stars at night. Add a love that you didn&#039;t see coming, but now that you have it, you won&#039;t let it go. Elodie paints a picture that captures your heart and soul. The action in and out of the bedroom is stimulating and invigorating. The story pace is fast and as the plot develops, it has intriguing twists and turns. And the fire that burns between Dominic and Michelle will leave you in dire needs of a cold shower, or two. Outward appearance are what draws two people together, but it&#039;s what&#039;s inside that keeps them together.

Well written, full of lovely description, and the flavor of harbor towns, this romantic suspense kept me turning the pages. The plot has some unexpected twists and a great ending. The love scenes sizzle with a hero and heroine that sparkle together. There are other interesting characters in this story that support the story well. If you&#039;re looking for a good read, mystery, a hot love story and a happy ending then this is the book for you.