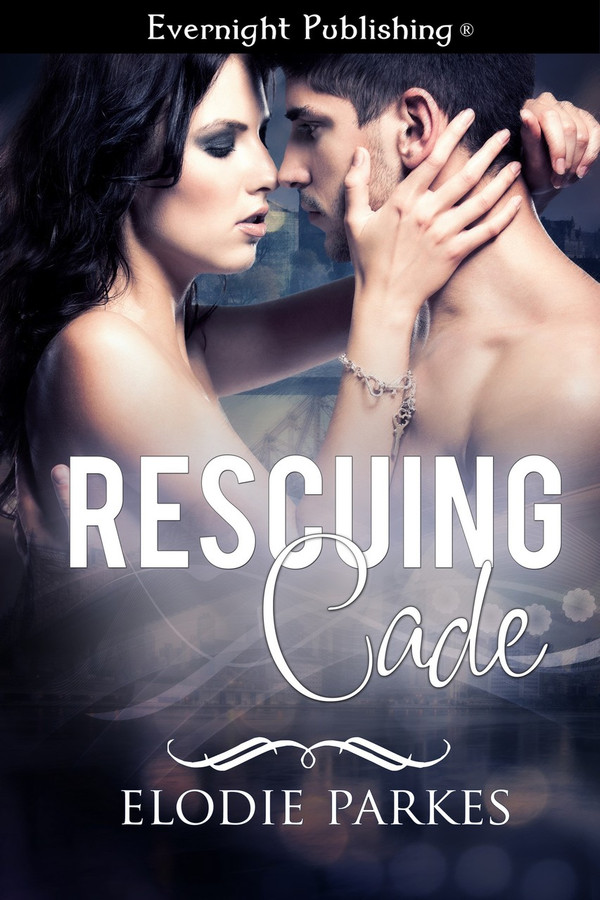 Cade’s trying to get over a broken heart when his friend takes him to a nightclub, named only, The Club. Although Cade is shocked by the taboo atmosphere, things turn around when he meets Marissa.

Marissa lifts Cade’s sadness and opens his heart to love again. Cade touches Marissa’s heart in ways she doesn’t want to admit. Will pressure from The Club and Marissa’s fear of commitment send them running in opposite directions?

Something strange happened to Cade when Jayne dumped him. Every scrap of confidence he possessed disappeared, just like dew on the grass in a blaze of morning sun.

Cade considered her declaration once again as he stared out with unseeing eyes across the wide expanse of river from his corner office in the prestigious tower block. He put down his coffee cup. “Hopeless.” He said it aloud, tasting the bitterness in the finality of the word. “If she’d said something like, bad, or even not very good––but hopeless? That implies I couldn’t even improve if I tried.”

Cade stood and wandered to the huge pane of glass that was the left side of his office wall. He rested his forehead on it and sighed. Today he felt more melancholy than ever. It was his anniversary. One year ago, Jayne had dumped him. The engagement ring she’d pressed into his hand before she swept out of their apartment was still on the bookshelf, where he’d dropped it as tears filled his eyes.

He was ashamed he’d cried, but even now, a year later, he saw the busy road far below as a blur. Cade hadn’t dated since the break-up. At first, he couldn’t date because the truth was, he still loved Jayne … and then he couldn’t because he had no confidence that any woman would want him. She might at first, but when it comes to my hopeless performance in bed, she’d hightail it quick smart. Cade moved back from the window and saw his breath had made a patch of white on the glass. He wrote the word ‘hopeless’ in the cloud on the window.

At the sound of a knock on the door Cade spun around. He swiped the back of his hand across his cheek, where a solitary tear lingered.

His secretary opened the door and walked in a couple of steps.

“Cade, your three-thirty appointment is in the lobby. Will I have him brought up?”

Cade nodded. “Sure, Abbi, and then will you bring coffee, please.” He watched her pretty eyes fill with warmth.

Cade went to the drawing table in the corner of the office and looked over the design for the client. A smile teased at the corners of his mouth. Cade loved his work. The enjoyment of creating a beautiful building design and seeing it come to life in the hands of the builders never failed to cheer him.

Cade dashed into the bistro and saw Jack waving at him from a table halfway across the room. He slowed his pace and joined his old friend. On alternate Thursday nights, he met Jack and Gary for a meal and they caught up on each other’s lives. Tonight, Gary left around nine to get home to his girlfriend.

Jack waited until the restaurant door closed behind Gary and then he gave Cade a purposeful stare.

“Have you thought over what we talked about last week, Cade?”

Cade took a deep breath. “I know I need something, but I’m not sure it’s that.”

“It might be just the thing––a different way of looking at sex. Something new, to spark you up. I couldn’t go back now. It’s a lifestyle choice, I know, but why not come to The Club tomorrow night? My Sub has asked to prove she can cope with someone watching us. She’s a sweetie.”

Cade looked away from his friend’s sympathetic expression. He turned his coffee cup around and drank the last cool mouthful.

Cade is looking to move on from a failed relationship. So he decides to go along with his friend to The Club. He&#039;s not use this is the place for him until he sees her! Marissa is woman who knows what she wants and how to get it. She&#039;s far from the submissive, she a domme. And she&#039;s not really looking for a long term relationship, but there is something about Cade that draws her in. But Cade&#039;s insecurities and Marissa&#039;s lifestyle could threaten the couple before they even get started. I really enjoyed this story and watching these two grow and become stronger individuals for it. They share a very alluring chemistry that radiates off the pages. I know I wouldn&#039;t mind spending my nights with the tall, dark, and handsome Cade. I am totally envious of Marissa.

I&#039;m a long time fan of Elodie Parkes and this romantic tale was another win for me. Cade is in bad shape emotionally and something is definitely missing in his life. A former lover has done some damage to his psyche and a friend takes him to a sex club in an effort to help him find himself. What he finds is an instant, unstoppable connection with Mistress Marissa. A hot steamy story of compelling characters and a love that conquers all.