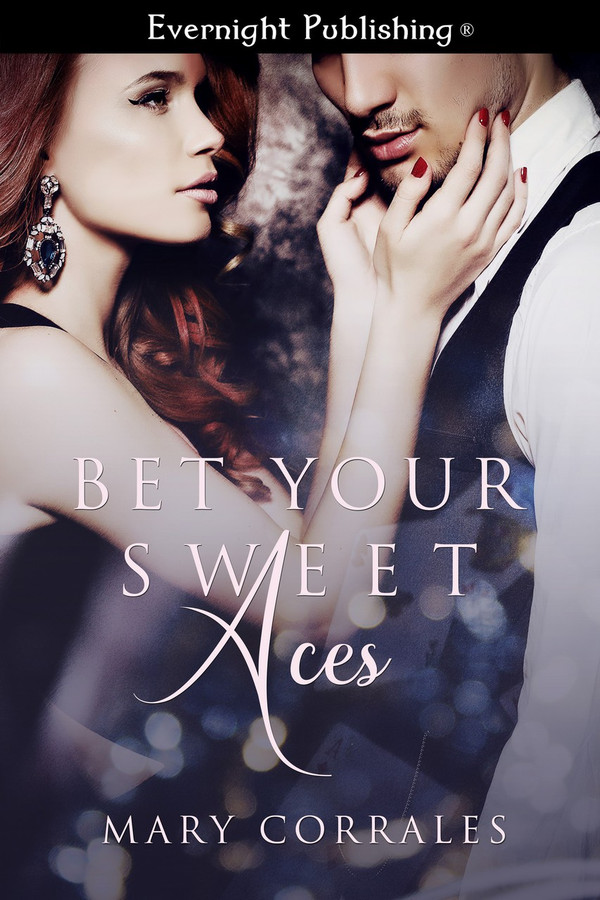 Eve Sorrel is owner of the Double Tumble Hotel and Casino. She's got a reputation as a temptress whose wicked mouth makes men long for a taste of her. When scandal erupts, she finds herself the object of scrutiny from investment lawyer, Brad Templeton.

Brad Templeton is determined to see Eve run out of business. With a background in investigation and law, he doesn't see her as a match until he meets her. Unable to resist her salacious allure, he finds himself shielding her from the Senator's wife who suspects Eve of being the Senator's mistress.

Eve's naughty ways may have just landed her the perfect man, if she can convince him to fight for her. What's a woman to do when her heart is on the line, except stack the deck in her favor!

He caught up to her in a few long strides. "I intend to put you out of business."

"Not very sporting," she mused. "What have I done to you? Better yet, what would you like me to do?"

He blinked, opening then closing his mouth like a stunned fish, before frowning at her and catching her arm. "I'm not playing with you."

His hand was firm but not bruising. He knew his own strength, apparently, and she found that intriguing. "I look forward to the time when you do," she said. If he thought to intimidate her, she intended to show him the error of his ways. She might be a sexy woman, but that didn't mean she didn't possess an arsenal of dangerous weapons, the most lethal being her cunning mind.

He frowned at her but otherwise ignored her comeback. "Why don't we go somewhere to talk?"

"Ah, so you do want to be alone with me after all." Eve hoped to get a smirk out of him, but his mouth remained a stubborn thin line. She gazed into his gorgeous blue eyes and felt frustration well up within her as they stared at one another. His silence irritated her on a level she rarely experienced with men. Maybe he'd be more amenable in private.