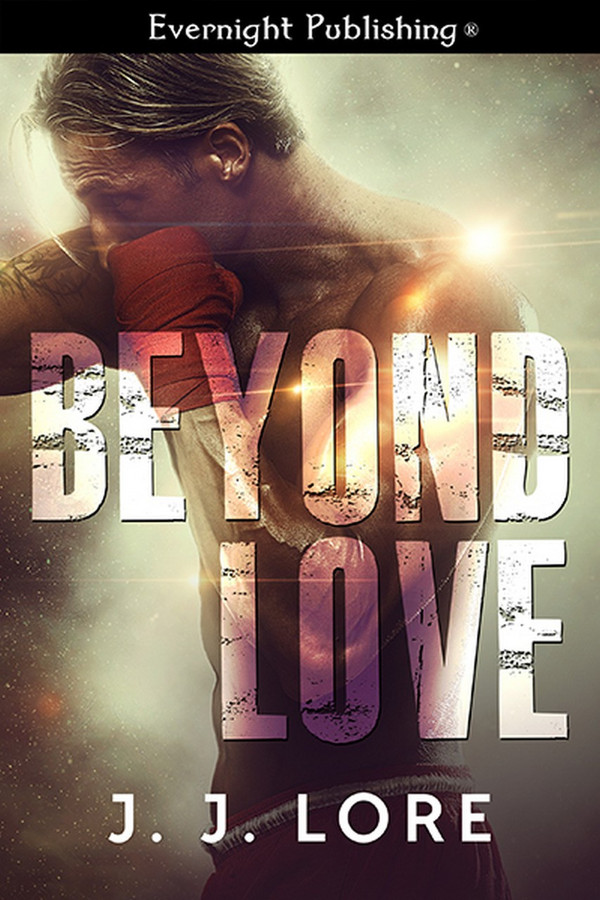 Every mining outpost needs a sheriff, and Eidan Cozad is just the Eleoni for the job. Newly arrived on planet with his deputy sister in tow, he faces corruption, hostility, and nearly continuous rain. A chance encounter with a defiant human postal worker adds yet one more complication to his mission.

Neat and tidy Teah Ruida thought when the Eleoni arrived and enforced some law and order, it would be easier for her to deliver her packages. Instead, she’s somehow become embroiled in spat after spat with the handsome and assertive Sheriff himself. Even though she doesn’t want to think about it, she’s become madly curious if the rumor about the strange markings Eleoni hide under their clothes is true.

Tension between Eidan and Teah ignites into passion that defies the barriers between their races. When there’s a violent ambush initiated by the settlement’s criminal organization, the future of their love hangs in the balance.

Eidan had been enjoying himself immensely. Watching Teah’s outrage grow as her eyes sparkled and her cheeks flushed, had made him forget all about the bruises forming on his torso and the chill rain surrounding them with grim humidity. He hadn’t teased a pretty woman in far too long.

He’d taken advantage of her distraction and moved close to her, his body urging him to stay near, be as tactile as possible because everywhere he touched made him want more. She didn’t seem to be searching for an escape as she had upon their earlier acquaintance, but that might be because she was so aggravated. She frowned, and he braced himself for a snappy comeback or perhaps even a push to move him out of her orbit. Instead, she reached out a hand and grasped his shoulder all while she rose up on her toes and pressed her mouth to his.

Shocked at her actions, he failed to react for a few beats. Such tender lips, so sweet. The unexpected caress had him reeling, so when she drew back, still frowning, he took only a moment to decide return the gesture, and he wouldn’t be nearly so chaste about it.

He stopped her protest with a kiss of his own, circling one of his hands around the back of her head as he allowed the other to drop to her waist as he took over. With only a few nudging encouragements, she’d opened her mouth to him, allowing him to taste her, tease with his tongue in a new way as she quivered in his grasp. With a pent-up little moan she leaned against him, her breasts firmly pressed to his chest. His cock, which had been on alert since he’d first touched Teah, now sprang to near-painful attention.

Teah kissed him back, her little nips and licks the only encouragement he needed to lift her up and press her against the wall of the building sheltering them. He grabbed at her thighs and pulled them around his waist even as he ground his hips into her, his thickened cock sliding along the plump flesh between her legs. All the residual adrenaline from the fight ignited in his veins as he allowed sexual energy build between them. He wished he’d removed his damned gloves so he could finally grasp some of her curves.

She made a soft sound deep in her throat and clutched harder at his shoulders, her tongue teasing his then retreating to the safety of her mouth. He followed with a foray of his own and her whole body softened against his as he thrust his tongue inside her. A sudden flash of awareness filled him: Teah would melt against him when he penetrated her. She was incredibly responsive and he was certain when they finally had intercourse, it would be a fulfilling encounter. The way she suddenly clamped her thighs around him and rocked her pussy against the ridge of his cock only confirmed it.

The sudden chirrup of his alarm startled him, and he pulled away from Teah’s succulent lips, the need to return to duty overriding arousal in a painful snap. Teah’s head fell back and she blinked groggily as he answered his comm link summons. An emergency required as much of his attention he could provide even though he was in the middle of foreplay.

“Hey, Eidan! How’d the fight go?” His sister’s voice rang out in a cheerful query, and he winced. No emergency, just inopportune curiosity.

At his brief answer, Teah focused on him, then glanced down their tightly entwined bodies. A deeper blush rose up her cheeks, and she pressed at his forearms and wriggled her legs. Her movements were quite stimulating—everything about her was stimulating in fact, but it was clear she was trying to escape him yet again. In response, he tightened his grip on her full buttocks and she let out a tiny squeal.

“What was that? Are you still at the location? Do you need me to escort you out?”

“No.” He included Teah in that denial. She was staying exactly where she was. The woman in his arms sucked in a breath and pushed at his chest. He flinched because she happened to compress a new bruise and he almost lost his grip on her. She took advantage of his divided attention and kicked her legs. His cock appreciated the rhythmic motion.

“Let me down,” she whispered with a scowl.

“Who was that?” Brida asked quickly. No longer willing to put up with eavesdropping, Eidan reluctantly removed one of his hands from the lush curve of Teah’s ass and hit private link on the comm. Now his sister wouldn’t be able to hear anything but his voice. As soon as he let go of her, Teah struggled in earnest and with an agile twist she was free, ducking under his arm as he reached for her.

“Was there anything else?” he asked as he followed Teah along the walk. She picked up the pace, and he allowed himself the luxury of watching her hips sway.

“Not really. Just checking in to make sure my little brother hadn’t gotten his skull cracked open by some smelly human savage.”

At these words, Teah spun around suddenly, a thunderous frown on her face. “Smelly human savage?”

“You’re not a savage,” Eidan tried to reassure her, though the idea of Teah sinking her teeth into him as they engaged in a naked tussle definitely brought out the primal in him.

“No one’s a savage.” He nearly shouted it, frustrated that Teah wasn’t touching him and that his sister had used such a derogatory term so openly. Yes, they had joked about how primitive human society seemed, but it wouldn’t do to entertain even superficial judgments now that they were here among their new constituents. “Brida, I’m signing off.”

With a jerk of his hands he shut off the link and faced his peeved human.

“Don’t even think it.” Teah warned him off with a raised hand. She shuffled backward and eyed him like he was armed and dangerous.

“You don’t know what I’m thinking.” Eidan knew it was a lie, the bulge in his trousers clearly advertising what he was after.

For me, this story is about one thing – Love. Love found. Love recognized. Love acknowledged. Love fought for. Love accepted. But, of course, it isn’t that easy. From the very beginning, Teah Riuda and Eidan Cozad are at odds…because of the officious Eidan, who is more than a little upset over his new assignment as sheriff on Rusk, a ramshackle, unregulated mining planet where rain and mud are the norm. Once a respected and conscientious law enforcement officer on his home planet of Eleon, Eidan is suddenly transferred after being a little too good at his job…and naming fellow officers guilty of theft from items taken in as evidence. Teah’s route to Rusk is more positive. Growing up in a group home on Earth with little to nothing, Teah takes the exam for Collective Service, passes, and is appointed postal officer on dreary Rusk, arriving only months before Rusk’s newest sheriff. Who, by the way, receives the appointment because the last sheriff was found dead…under suspicious circumstances. As the Eleoni and human grudgingly adapt to a working relationship, life on Rusk goes on. The planet’s residents see no reason that their protection rackets, illegal brothels and betting parlors should cease to function simply because “there’s a new sheriff in town.” And, they’re not above kidnapping and attempted murder to prove their point. (Can’t we all just get along?) Teah and Eidan awkwardly reach out to each other, but never at the same time. LOL! The scene where Teah visits Eidan’s home under the pretense of warning him of impending trouble with the planet’s rougher crowd, but he believes she’s there to have sex with him cracks me up! They are so NOT on the same page…or are they? One of my biggest pet peeves with romance stories is the lack of verbal communication between the H/h. That is not the case here. Teah and Eidan DO talk to each other…the problem is they do not know HOW to talk to each other! Everything out of Eidan’s mouth sounds like a condemnation, and Teah usually takes it as a challenge. Even when they seem to be of one accord…they’re not. It’s awkward, a little painful, and yes, even funny to watch their stilted steps turn into a beautiful dance. When these two realize they’re in love, they’re both so in shock at the thought, they say nothing. Love was not on their radar, much less with someone of a different SPECIES! Of course, this leads to a misunderstanding, which allows the Rusk ruffians to interfere with yet another dastardly plot. Can Teah and Eidan come through it unscathed…and alive? This is such a well written story! The characters are so well developed and humanly flawed. (Sorry, Eidan!) The scenes where Eidan’s vulnerability breaks through his stern persona made my chest tighten! The world building is progressive. There’s no multi-page setup at the beginning. It’s flows though the story, and it isn’t confusing or distracting. By the time I finished chapter one, I had more than enough trust in the author to lead me through the journey. My one stumbling point? Teah. (WE HAVE A RUNNER!) OMG! This woman rarely left a room calmly…and walking. Upset? Run! Angry? Run! Scared? Run! Sign this broad up for the Olympic 4×100 metre relay in Brazil! She was making me dizzy! But, she won me over and I forgave her after her steadfast devotion to Eidan during his recovery. Everything she did was secondary to being at his side. Then he messed it up! Men! There are several supporting characters to the story, but Brita Cozad, Eidan’s sister, is the standout. She’s dealing with her own sense of loss, caused by following her brother to Rusk, but that doesn’t stop her from being a bright spot in the story. She’s open, direct, and humorous, and usually the wise voice of Eidan’s conscious. She would make a great heroine in her own story, especially since she’s not just Eidan’s older sister and deputy – she’s his bodyguard! What man/humanoid would be worthy of her? LOL! In the end, there are no decades old secrets, villainous exes, long lost relatives, or a billionaire stepbrother anywhere in site. It’s just two “people” trying not to fall in love…and failing miserably. I did not know of J.J. Lore before this book, but she’s definitely on my radar now. I was initially given an ARC-copy of ‘Beyond Love” in exchange for an honest review, but I knew I had to OWN this book, so I dashed over to AllRomance and snagged a copy. Grab a copy from your favorite retailer. This one’s a keeper and a definite re-read!